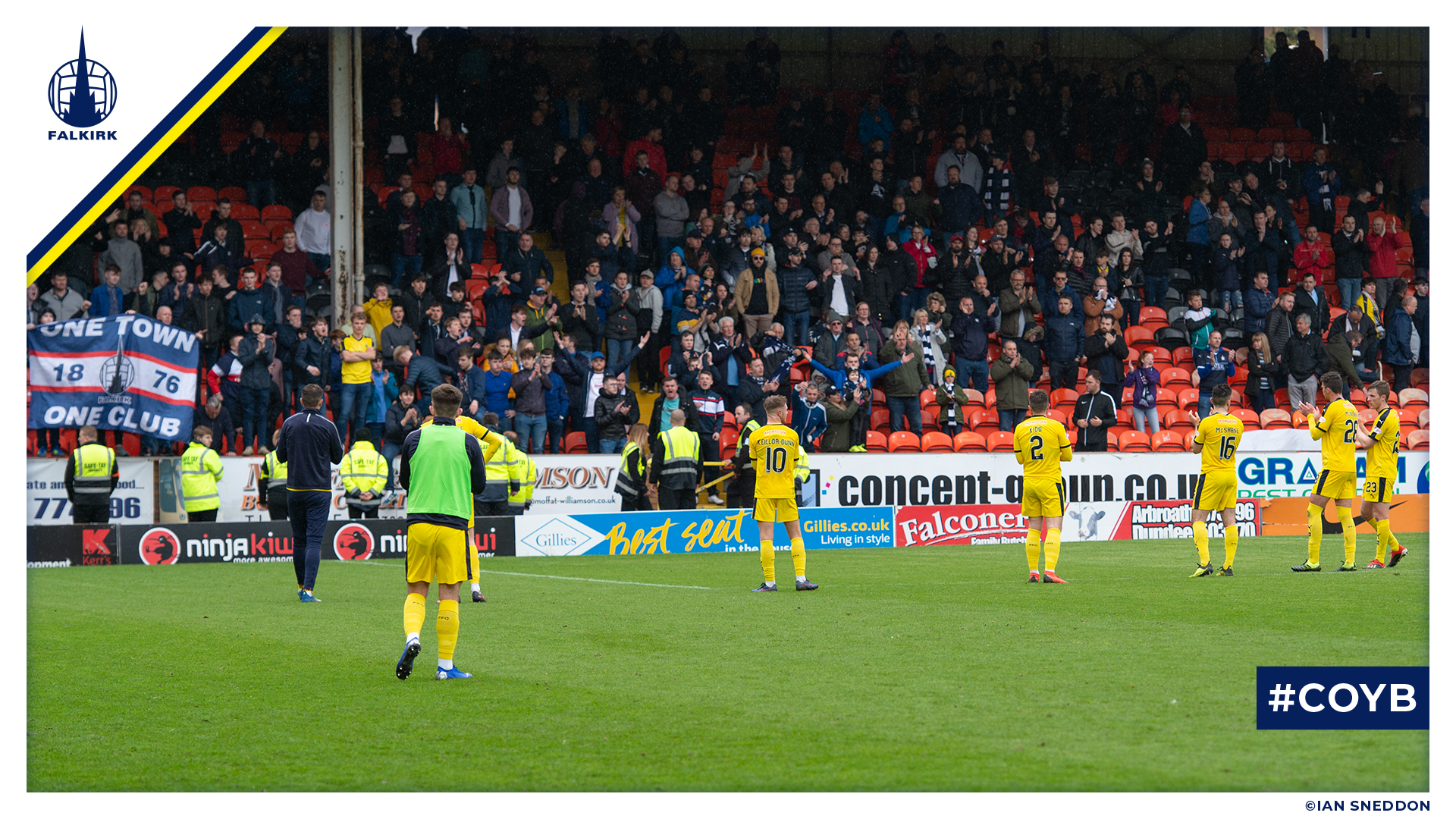 The Bairns went down to a 2-0 defeat at Tannadice, but the fight for survival in the Ladbrokes Championship will go to the final day after results elsewhere went their way.

After an even start it was United who had the first chance as Paul Dixon tried to play out from the back, but his pass was intercepted by Osman Sow who curled an effort towards the top corner that was well saved by Harry Burgoyne.

United took the lead on 14 minutes and it came through a well worked set-piece as Bouhenna got away from his man at a corner to bullet a header into the far corner.

Falkirk then had a penalty shout on 19 minutes as McGhee fired in a cross from the right, Zak Rudden looked to be fouled as he flung himself towards the ball and Davis Keillor Dunn headed over at the back post.

The hosts were dominant and almost added a second from another set piece. The ball was whipped in from left to right with three efforts blocked on the line from Paul Dixon, Harry Burgoyne and Ian McShane. The advantage was doubled shortly after though as Paul McMullan found a yard of space to guide a terrific low drive into the bottom corner.

Falkirk needed to find a goal from somewhere and it almost came as Tommy Robson burst down the left and zipped a fine cross to the back post. Keillor-Dunn met it sweetly to thump a strike towards goal, but Siegrist was equal to it.

The final chance of the half came as Jordan McGhee headed an effort off the post from a corner.

The interval saw Mark Waddington replaced by Deimantas Petravicius and there was a chance almost instantly as Davis Keillor Dunn headed Robson’s cross straight at Siegrist.

Keillor-Dunn threatened again five minutes into the half as he waltzed past two defenders before curling an effort into the far corner that was pushed wide of the post by Siegrist. Then came two further big chances just past the hour mark as Ross MacLean advanced through on goal but he could only fire straight at Siegrist with Rudden waiting on the cutback. Petravicius burst through again but it was a straight effort at the keeper again which failed to trouble.

The game petered out somewhat in the closing stages with neither side creating in the closing ten minutes. The Bairns did think they had pulled one back on the 92nd minute as Zak Rudden finished after Jordan McGhee had headed Tommy Robson’s cross back across goal, but the forward was ruled offside.