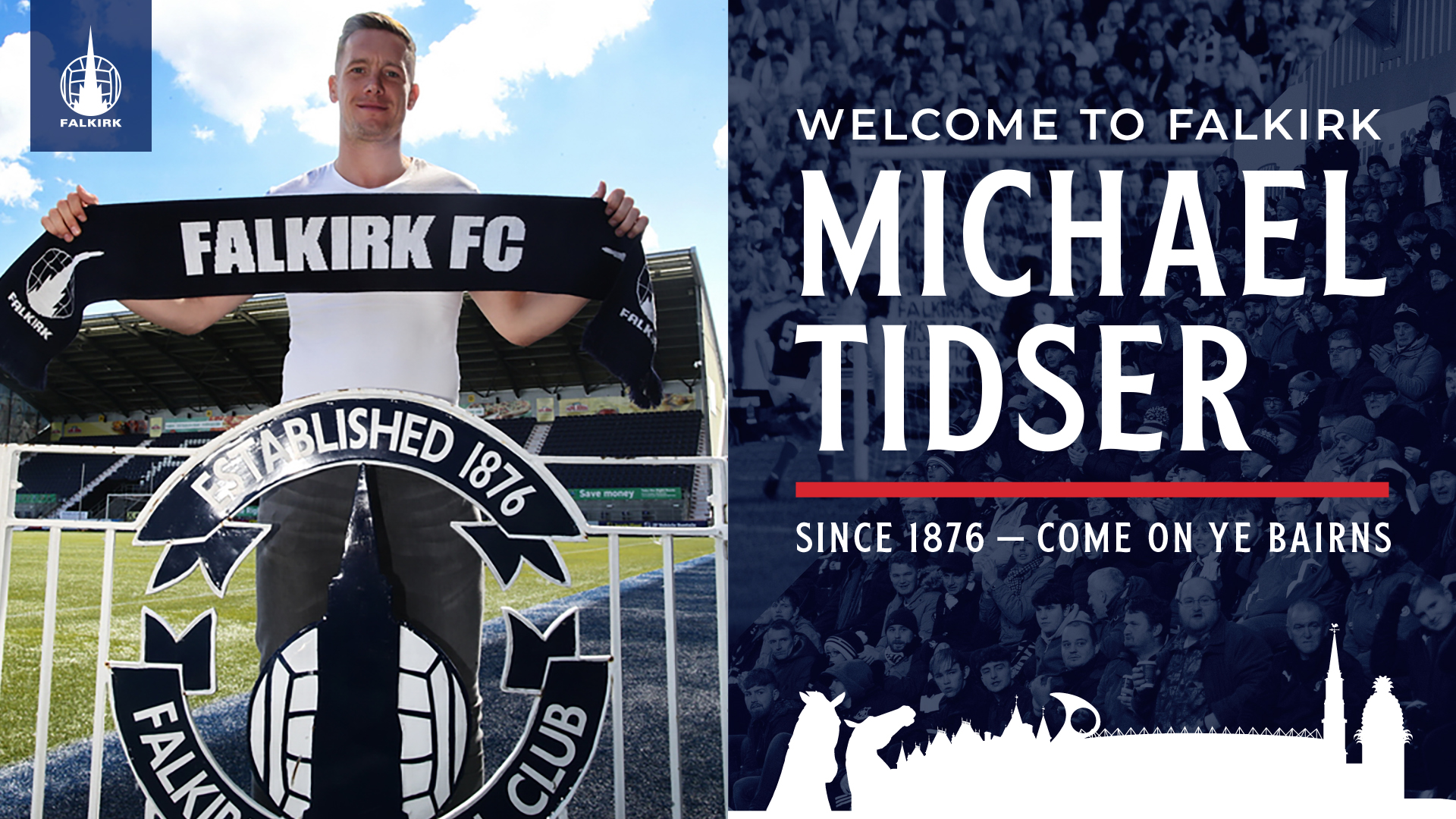 Falkirk FC are delighted to announce the signing of midfielder Michael Tidser.

The 29-year old becomes Ray McKinnon’s first signing of the summer as he pens a two-year deal with the Bairns.

Michael joins Falkirk following a successful second spell with Greenock Morton, where he has played since 2015, making 98 appearances. He was a standout performer with the Ton, helping secure their fifth-place finish in last season’s Scottish Championship.

Michael began his career at Celtic, captaining their under-19 squad before his first spell with Morton saw him secure a move to League One side Rotherham United, where he played 11 games, and then loan moves to help Ross County keep their Scottish Premiership status and Oldham Athletic before re-joining Morton.

Speaking of his first Summer Transfer Window signing, Ray McKinnon, said: “In Michael we have signed a terrific professional with great experience. He’s a fantastic footballer and it’s great to have a player of his quality signed up.”

“He’s a player I’ve been looking to bring in at Falkirk for a while and it’s fantastic to finally get it over the line. I’m hopeful we can get some more deals confirmed over the coming days and weeks, to give us the best start possible to the new season.”

📺 | He's officially a Bairn! Hear the thoughts of our first summer signing below... 👇 #COYB