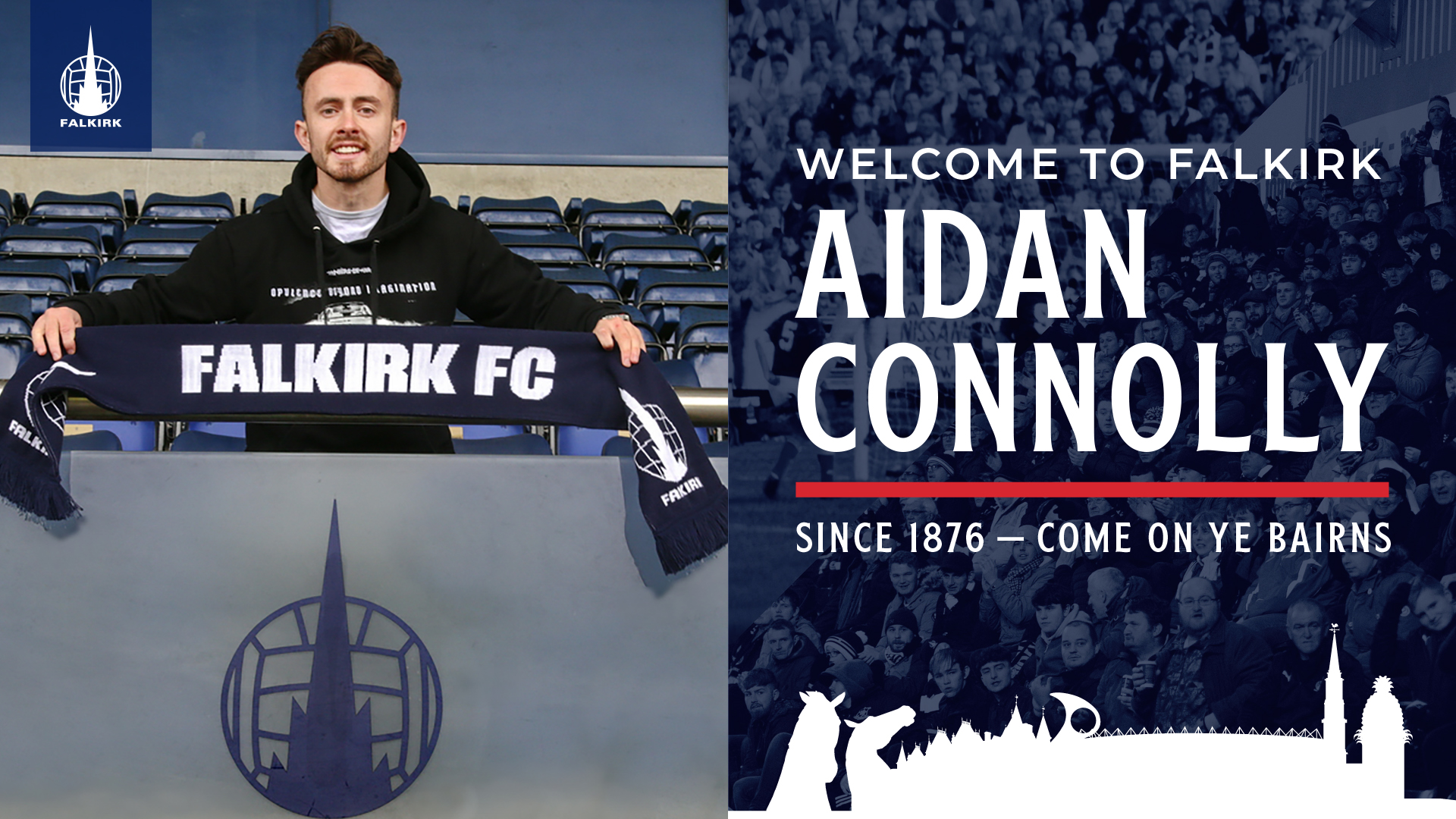 Falkirk FC is pleased to announce the signing of Aidan Connolly on a two-year contract.

The 23-year old winger becomes Ray McKinnon’s third summer signing following the acquisition of Michael Tidser and Gregor Buchanan at the start of the week.

Aidan began his career with Queens Park before transferring to Dundee United. After playing 31 games for the Tannadice side Aidan made the move to Raith Rovers, and then to York City, scoring 9 goals in 50 games. Following his release from York last year he returned to Scotland, spending the 2018-19 season with Dunfermline Athletic.

Speaking of his latest signing, Ray McKinnon, said: “We are absolutely delighted to be able to bring in Aidan. He is a quick, exciting player who will add real creativity to our front line. He’s the type of player that can make a difference in games and create opportunities for his teammates.”

“He has the quality to really impact this league and I’m looking forward to working with him this season.”