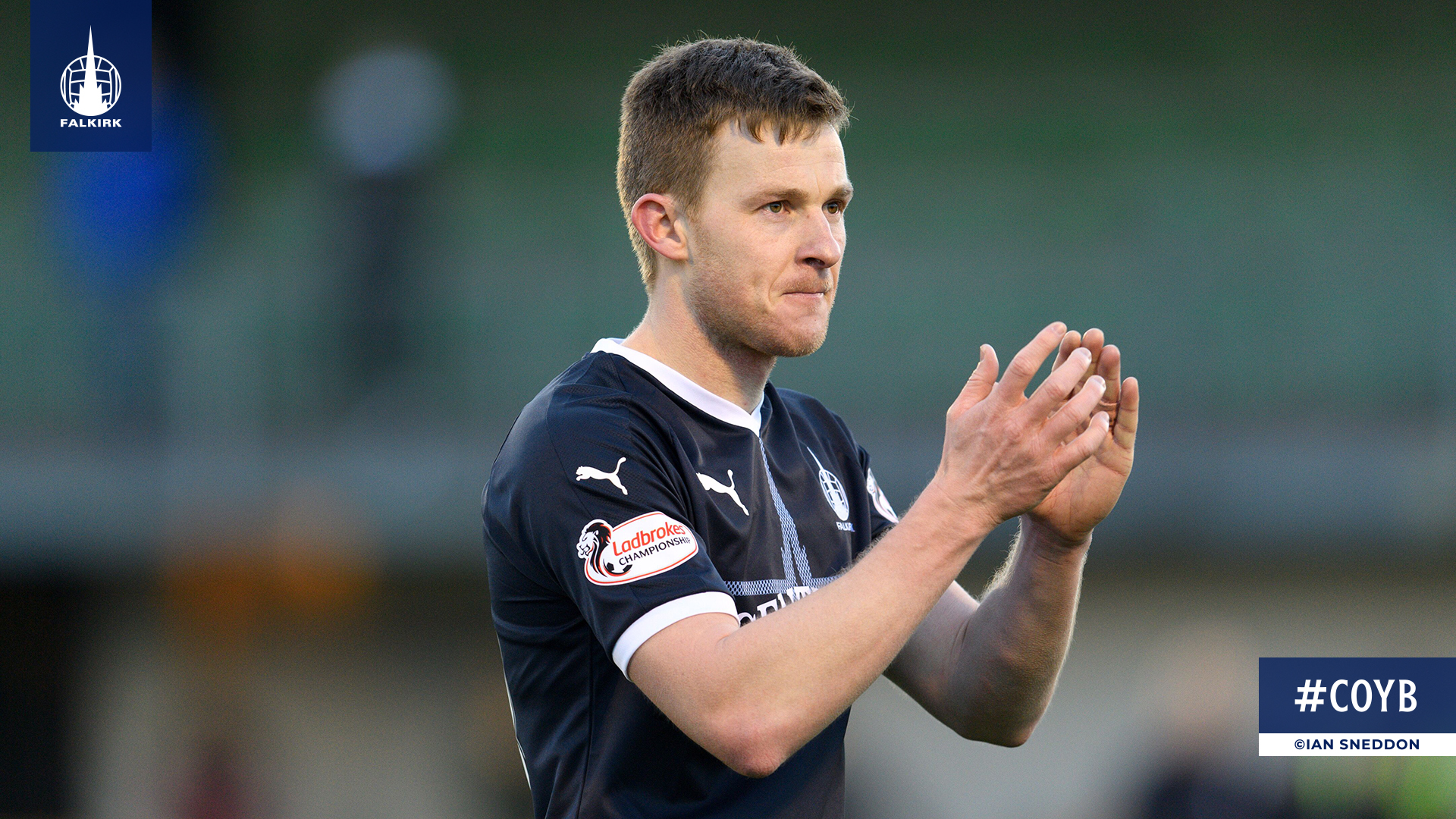 Falkirk FC is delighted to announce that Paul Dixon has signed a two-year contract extension.

The deal sees the 32-year-old extend his stay after joining in January last year. An experienced defender he played 273 times between his spells at Dundee and Dundee United, as well as 114 appearances in the English leagues with Grimsby Town and Huddersfield Town before joining The Bairns, gaining 3 Scotland caps in the process.

Speaking of the extension, Ray McKinnon, said: “I am really pleased to get Paul signed up for next season. He brings fantastic leadership and experience on the pitch and is a great guy to have in the dressing room. I’m sure he’ll add a lot to the team over the coming season.

“We are working extremely hard behind the scenes to recruit further players and we are confident of adding to the group in the next 24-48 hours, we have a number of targets that we are currently speaking to and are hopeful of concluding these deals as soon as possible.”

The club can also confirm that Jordan McGhee and Tommy Robson have left the club after the expiration of their contracts.

Jordan joined Falkirk in 2017, making 76 appearances as well as captaining The Bairns last season. Tommy joined in the January transfer window of the 2017-18 season and played 51 games across his season and a half with the club.

We would like to offer both players our thanks for their efforts at Falkirk and wish them all the very best for the future.