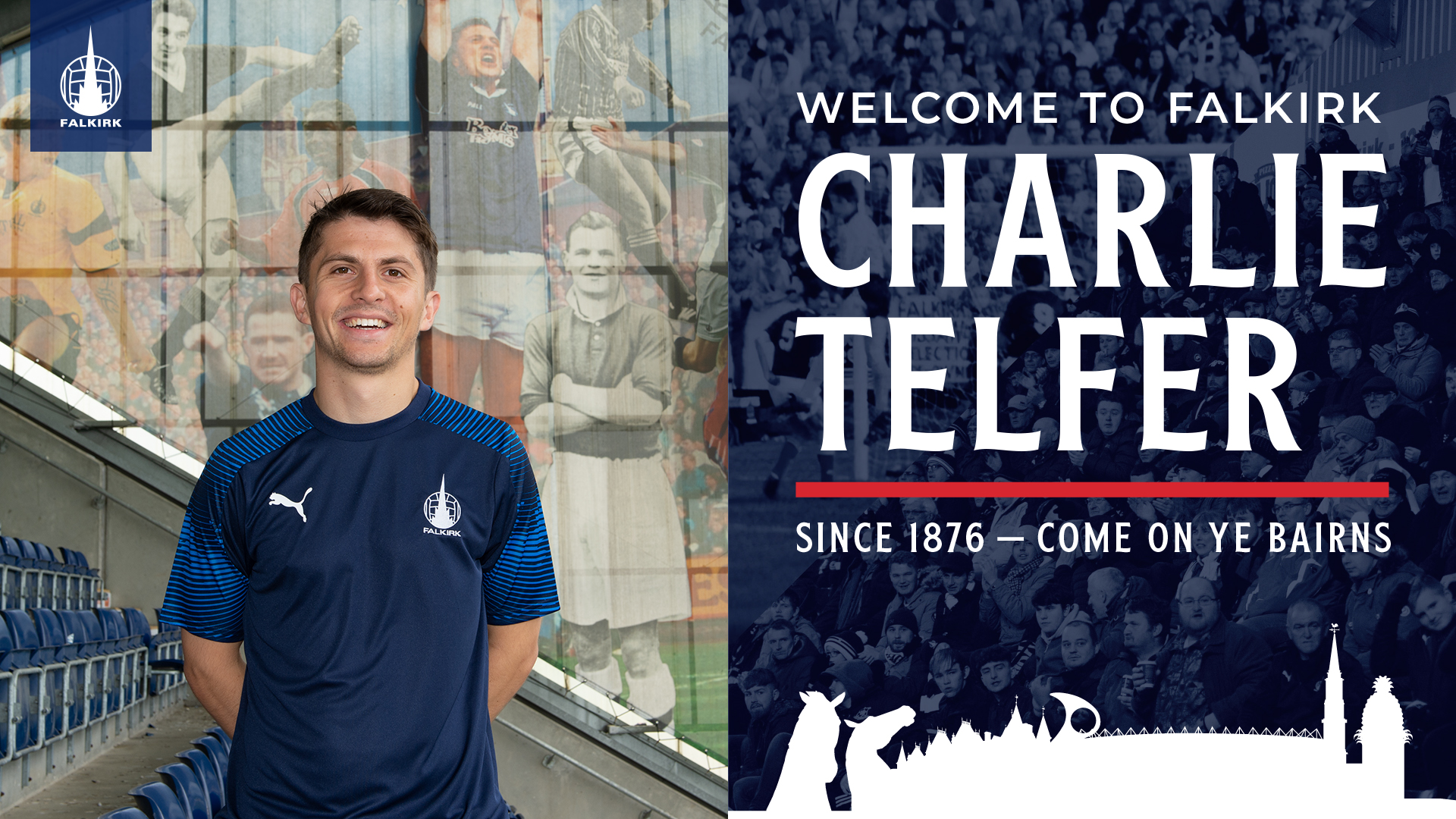 Falkirk FC is delighted to announce the signing of Charlie Telfer on a two-year contract.

Charlie began his career with Rangers as a youngster until moving to Dundee United where he played 53 games. This was followed by a loan spell to Livingston and a spell with Dutch side Almere City, before being recruited to Cappielow by Ray McKinnon.

The Falkirk boss, said: “I’m delighted that we’ve been able to bring Charlie to Falkirk. He’s a terrific player that I enjoyed working with, so it’s fantastic to get the deal over the line and add another really quality player to the squad.”