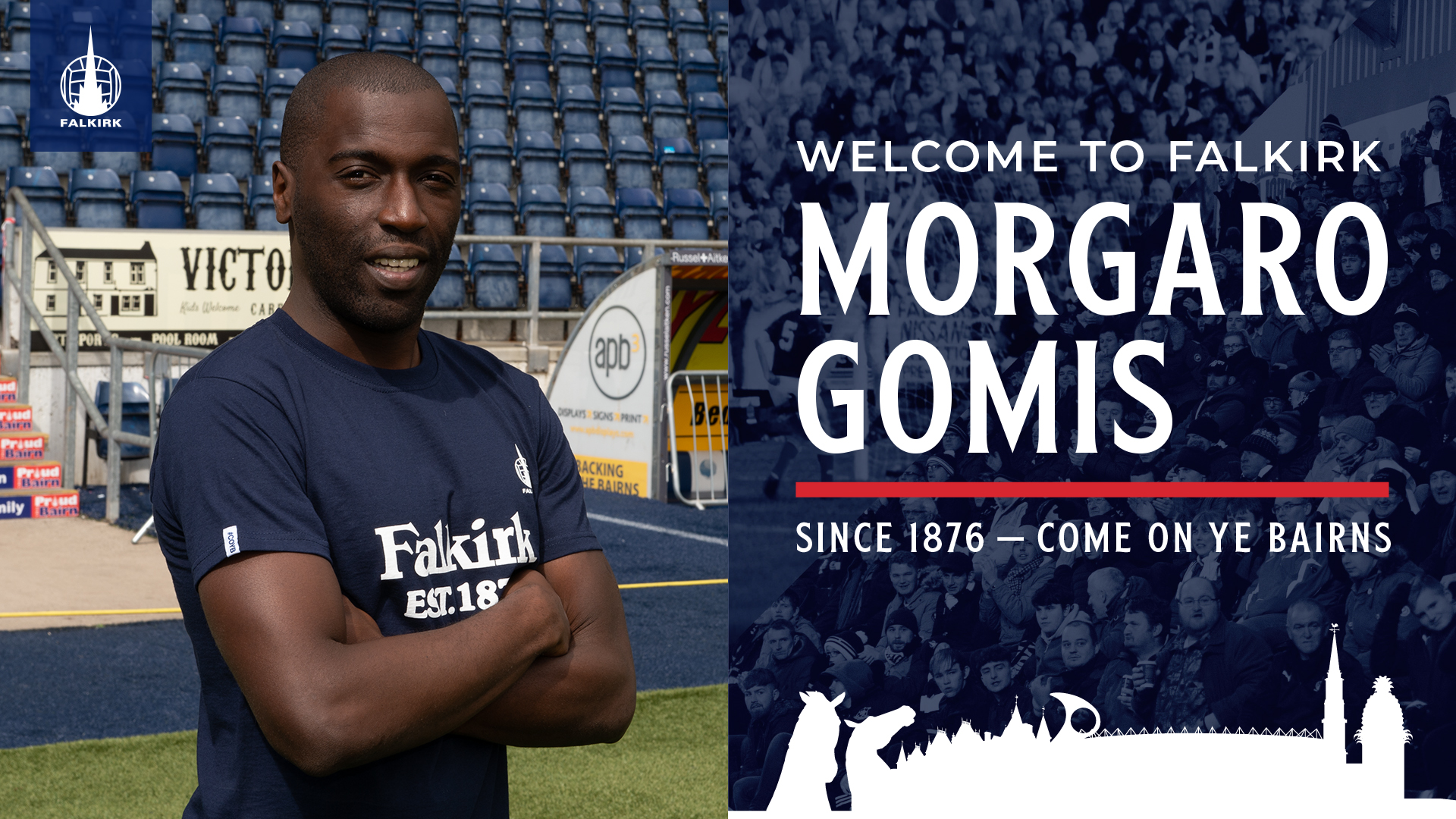 Falkirk FC is delighted to confirm the signing of midfielder, Morgaro Gomis on a one-year deal.

The 33-year old began his career in the English lower leagues before making his way to Scotland where he impressed with Cowdenbeath and Dundee United, getting a move to English Championship side Birmingham City. He played for two years in England before returning to Scotland for second and third spells with United, as well as time with Hearts and Motherwell.

Morgaro becomes the fourth signing of the season as manager Ray McKinnon looks to keep building his squad ahead of pre-season beginning on Thursday.

He said of his new signing: “Morgaro is a really strong player in the middle of the park. He has played at a very good standard over the years and will be a real asset for us going into this season.

“Morgaro brings great experience to the group, he is versatile and can play anywhere across the midfield. His presence in and around the squad will be invaluable.”