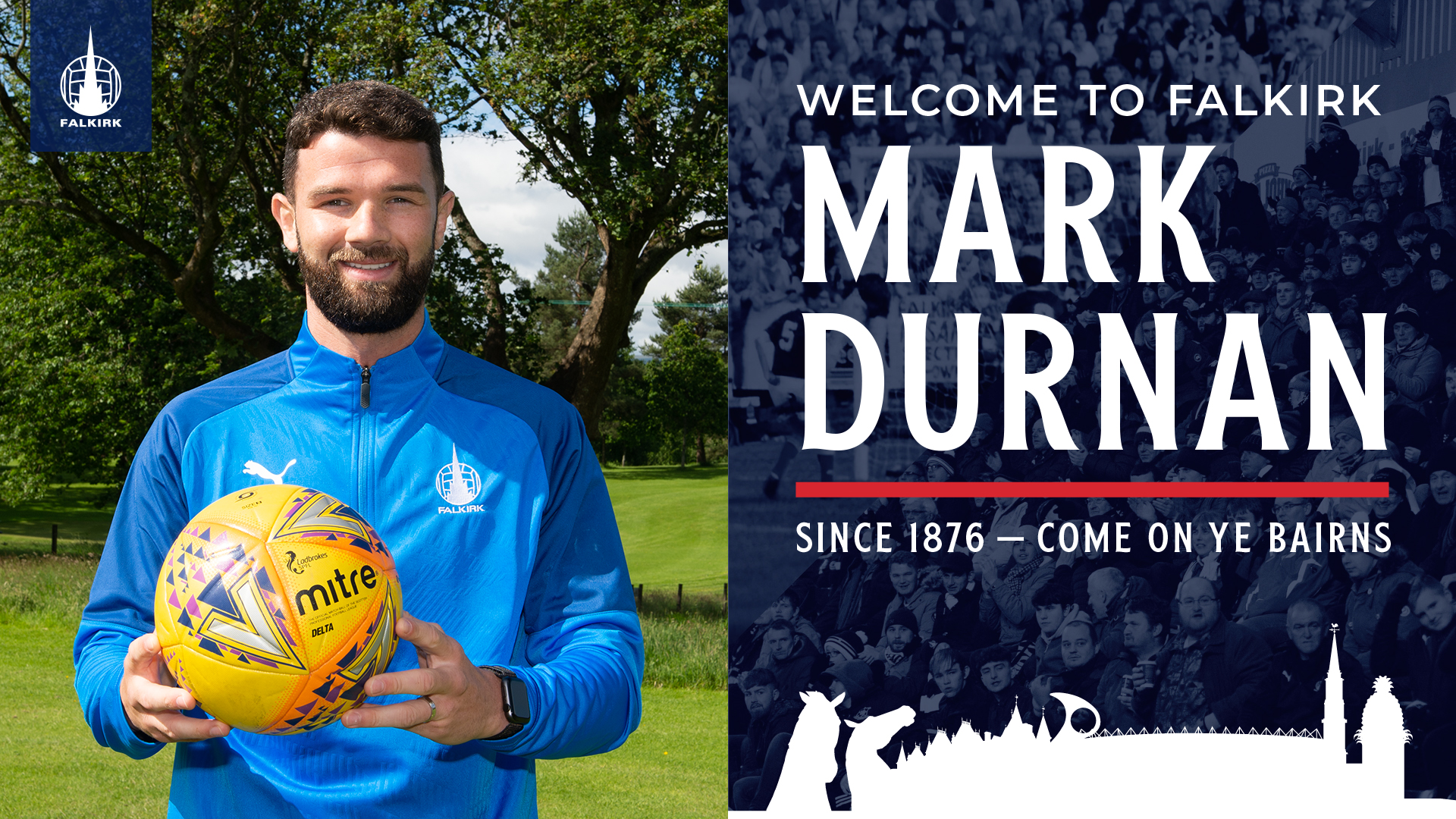 Falkirk FC is delighted to announce the signing of Mark Durnan on a two-year contract.

The defender joined up with The Bairns for the first day of pre-season yesterday before signing this morning.

Beginning his career at St Johnstone, Mark made his break at Queen of the South, enjoying a successful three-year spell in which the Palmerston side gained promotion from league 1 and won the Scottish Challenge Cup. Mark then spent three years at Dundee United before moving to Dunfermline where he played last season.

Ray McKinnon, said: “I’m glad to be able to get Mark in for the start of pre-season. Mark is a quality defender that will help give us a solid base to our defence and has experience of winning the title at this level which will be vital.”

“We’ll be working to bring in some more targets over the coming days and weeks as we look towards our friendly matches and the start of the Betfred Cup group games.”