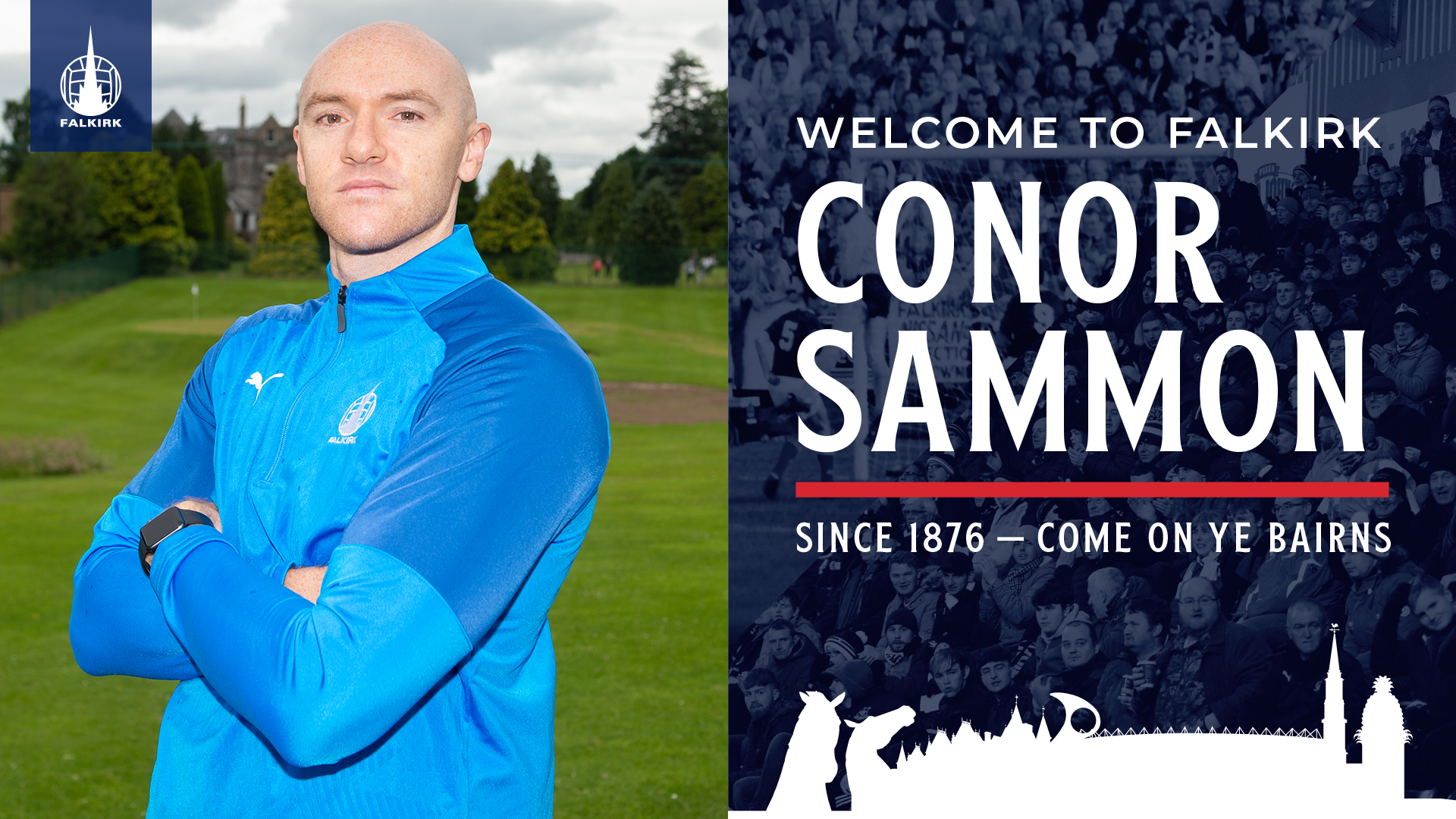 Falkirk FC is delighted to announce the signing of striker, Conor Sammon.

The 6ft 2″ Irishman joins after leaving Heart of Midlothian at the end of last season.

Conor started his career in Ireland, before joining Kilmarnock in July 2008. He hit 18 goals in 27 games in Season 2010-2011, before joining Wigan Athletic where he made 32 English Premier League appearances. He then joined Derby County and has also enjoyed spells with Rotherham, Sheffield United and Ipswich.

The powerful front man returned north to sign with Hearts in 2016, going on loan to Kilmarnock, Partick Thistle and Motherwell since.

Conor met his new teammates for the first time at Stirling University this afternoon and will take part in his first training session tomorrow. He will wear squad number 18 in the Navy Blue this season.

Ray McKinnon, commented: “I am thrilled to get this deal over the line. I always said that we had to be patient for the right player to come along and we have worked extremely hard to get Conor in the door since the opportunity arose.

“Conor is a player that everyone will know, he is a huge presence upfront and will lead the line brilliantly for us this season. I have tried to sign Conor before for Dundee United and for Falkirk in January, and whilst we couldn’t make it happen then, we are over the moon to have finally got our man.

“Our squad is really taking shape now, I was really pleased with how the boys have performed in training so far. There is a great buzz around the dressing room at the moment and Conor joining the group will only add to that.”