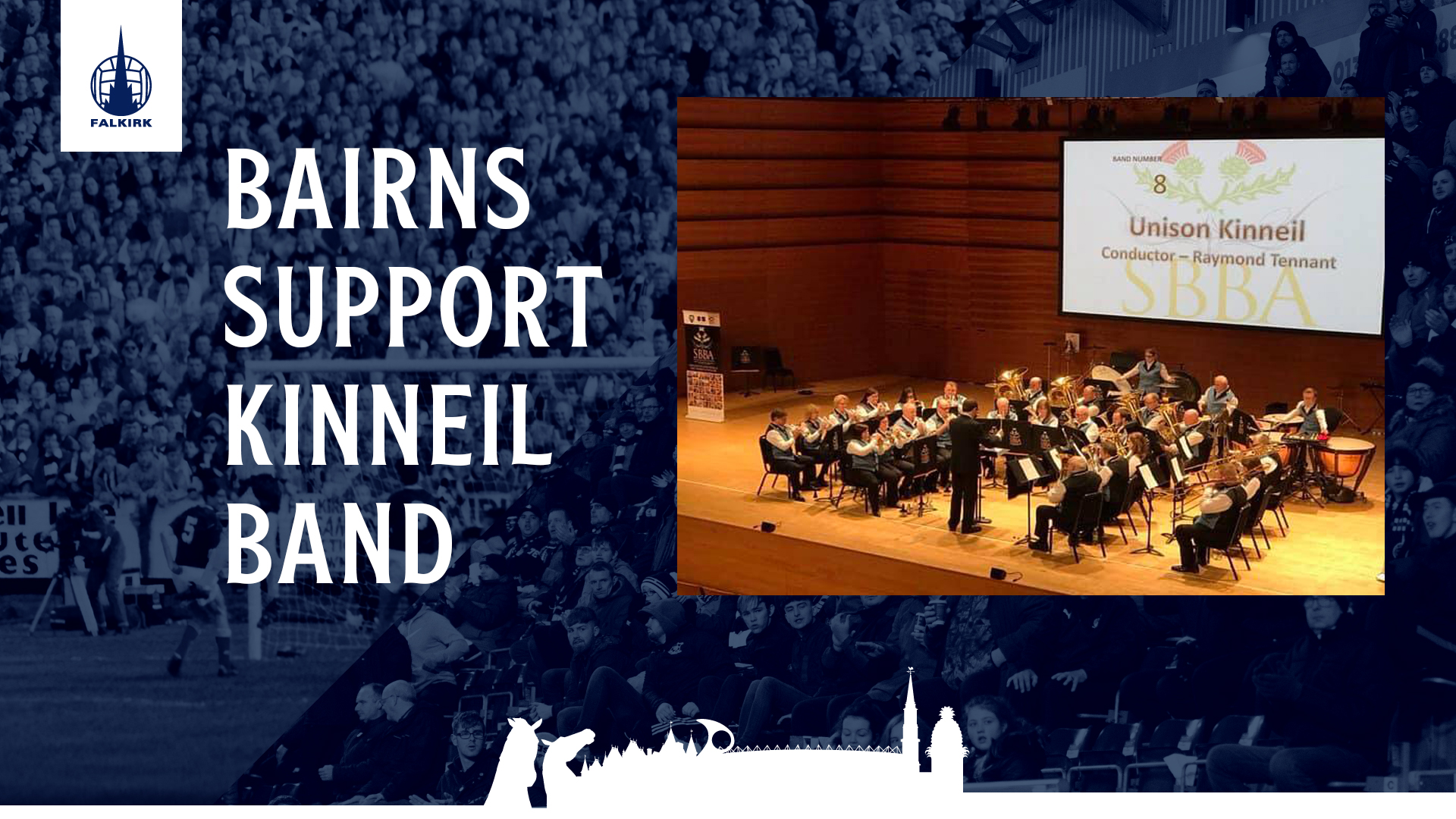 We are delighted to welcome Unison Kinneil Band to The Falkirk Stadium on Saturday as a gesture of support following the fire at their band hall on 4th June, which resulted in the loss of instruments, uniforms and the 160 year old music library.

The band will be performing in front of the Main Stand from 2 pm and will then play pitch side in the lead up to kick off. There will be an opportunity for fans to donate to this cause on the day.

Kieran Koszary, Commercial Director, said: “We are delighted to welcome our friends from Kinneil Band to the Falkirk Stadium as a gesture of support following the tragic incident which took place in June.

“As a club we are fortunate to be in a position to provide a platform to allow the band to perform together which will hopefully help put a smile back on the faces of their members.”

Fiona Drury, Kinneil Pipe Band, commented: “On 4th June, Unison Kinneil Band’s worst nightmare came true when their historic band hall was destroyed in a terrible fire. As well as losing instruments, uniforms and trophies, the band’s precious 160 year old library was annihilated meaning unique pieces of music collected over the years were lost forever.  The hall had a special place and meaning for the band – it was where they practiced, where they celebrated and commiserated and where they socialised – it was their home.

“Since the fire, the band have been utterly overwhelmed by the huge support and generosity from not only their local community of Bo’ness but from all around the world as people globally have been touched by this awful event.

“The band are exceptionally grateful to Falkirk Football Club for giving them the opportunity to raise money. Kieran Koszary, from Falkirk FC reached out to the band immediately after the fire and the band have really welcomed the on-going support from club.  We hope fans will enjoy the music on Saturday and the band see it as their way of saying thank you to everyone who has helped in efforts so far.”

Fans can also support this cause by visiting https://www.justgiving.com/crowdfunding/supportkinneilband