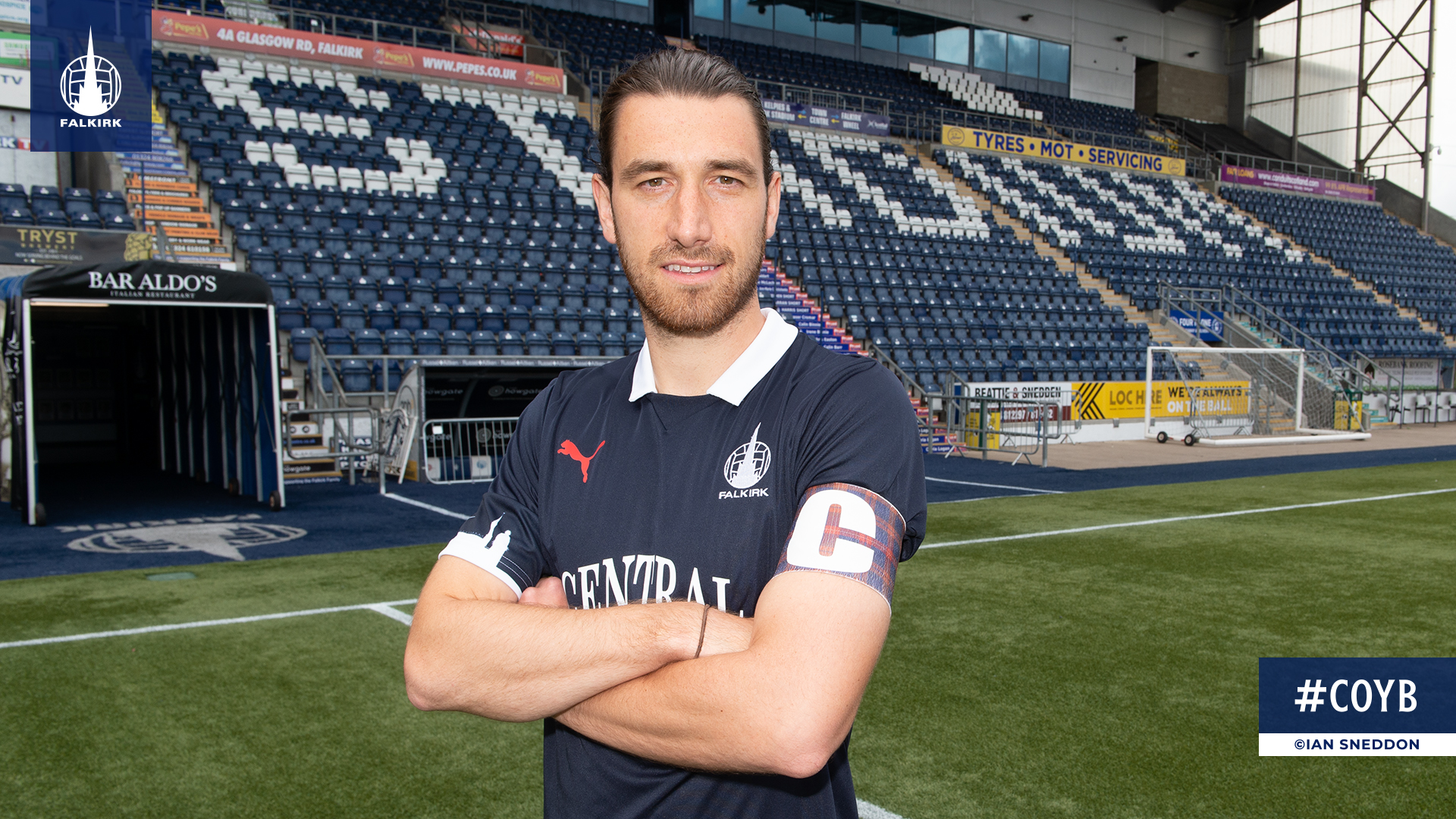 Falkirk FC is delighted to announce Gregor Buchanan as our new Club Captain.

The 29-year-old joined The Bairns at the start of June after spending last season at Greenock Morton, but he is well acquainted with the club coming from Falkirk and having spent his youth career with The Bairns up until he was 16 years old.

Speaking after informing Gregor of his decision, Ray McKinnon, said: “Growing up and living in the area Gregor is a local boy and knows exactly what the club means to the people of Falkirk.

“He has terrific leadership qualities on the pitch, but he’s also a fantastic leader behind the scenes. There is already a great buzz in and around the dressing room with everyone gelling together very quickly.

“Gregor has earned this position, he deserves it and I am sure he will be an outstanding captain this season.”

Gregor also spoke on his feelings after receiving the captaincy: “I’m very proud to have received the captaincy, I grew up as a fan going to Falkirk games and it means a lot to me. I know the expectations the supporters have of this club and how strongly they feel about it, and I am completely focused on leading the club to success.”