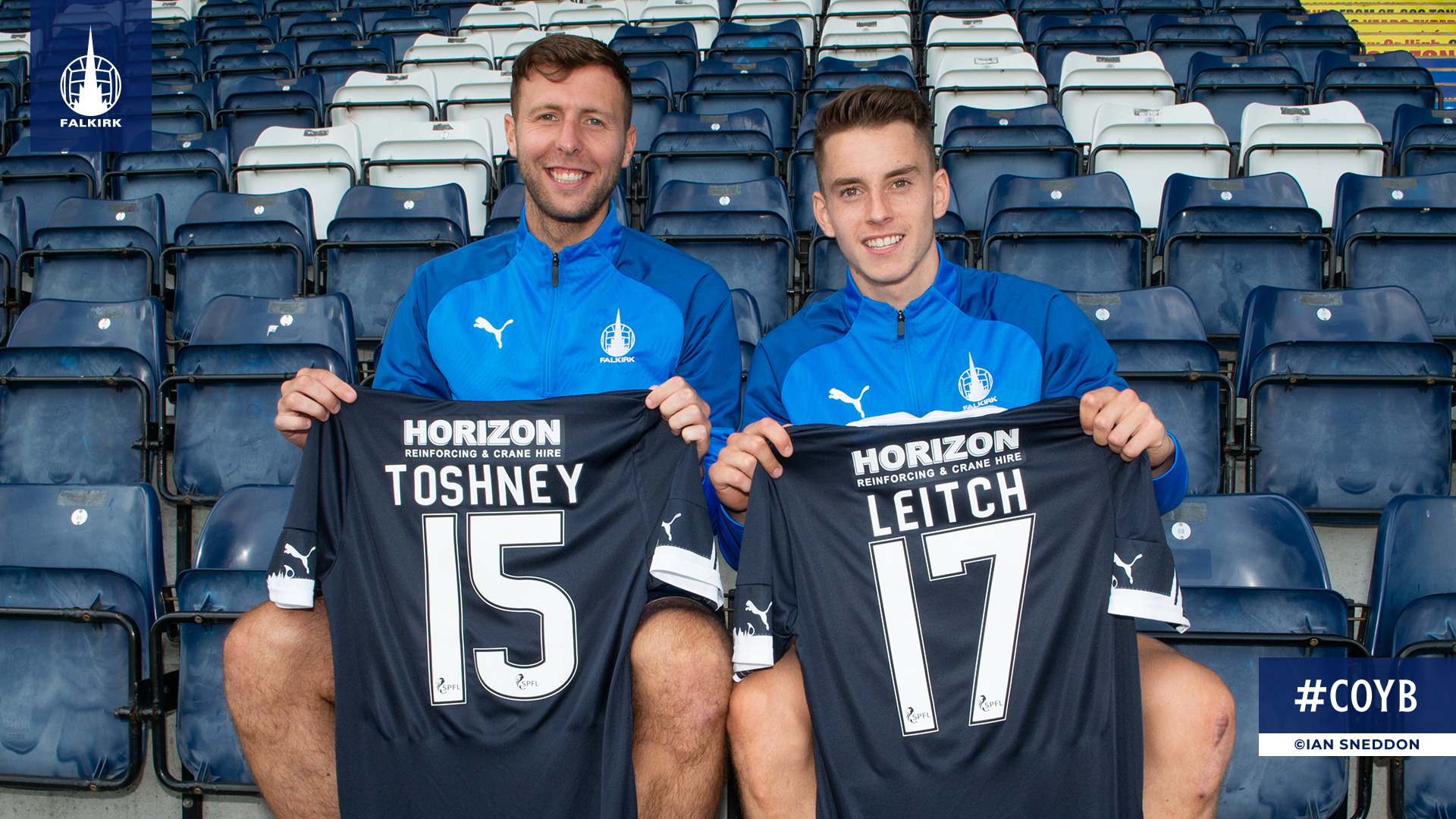 Falkirk FC are delighted to announce the signing of Robbie Leitch and Lewis Toshney. Both players have signed six-month deals until January.

Lewis began his career at Celtic, before moving on to first Ross County and then Cowdenbeath. He first joined up with Ray McKinnon at Raith Rovers, who then took him to Dundee United following his move to Tayside. Lewis links up with the Falkirk manager once again having come through a full pre-season in Navy Blue.

Son of former pro Scott Leitch, Robbie spent time with the Motherwell, Burnley and St Mirren academies as well as a spell on loan with Queen’s Park. The 21-year-old attacker spent last season with Croatian side NK Novigrad before joining up with The Bairns for pre-season, scoring the third goal in our 0-3 victory over Brechin City on Tuesday evening.

“I’m absolutely delighted to be able to get these deals over the line, Lewis is cleared to play for tomorrow and we are doing everything we can to get international clearance through for Robbie.

“I’ve known Lewis for a long time, he is a player with a wealth of experience and is very versatile. He can play right-back, left centre-half, right centre-half and defensive midfield. He helps to give us great flexibility within the squad and is an excellent football player.

“Robbie was playing in Croatia last season but has impressed me in the time he’s been in training with us. He also brings us versatility with the ability to play anywhere across the front three. We look forward to having both in the squad for the upcoming games.”