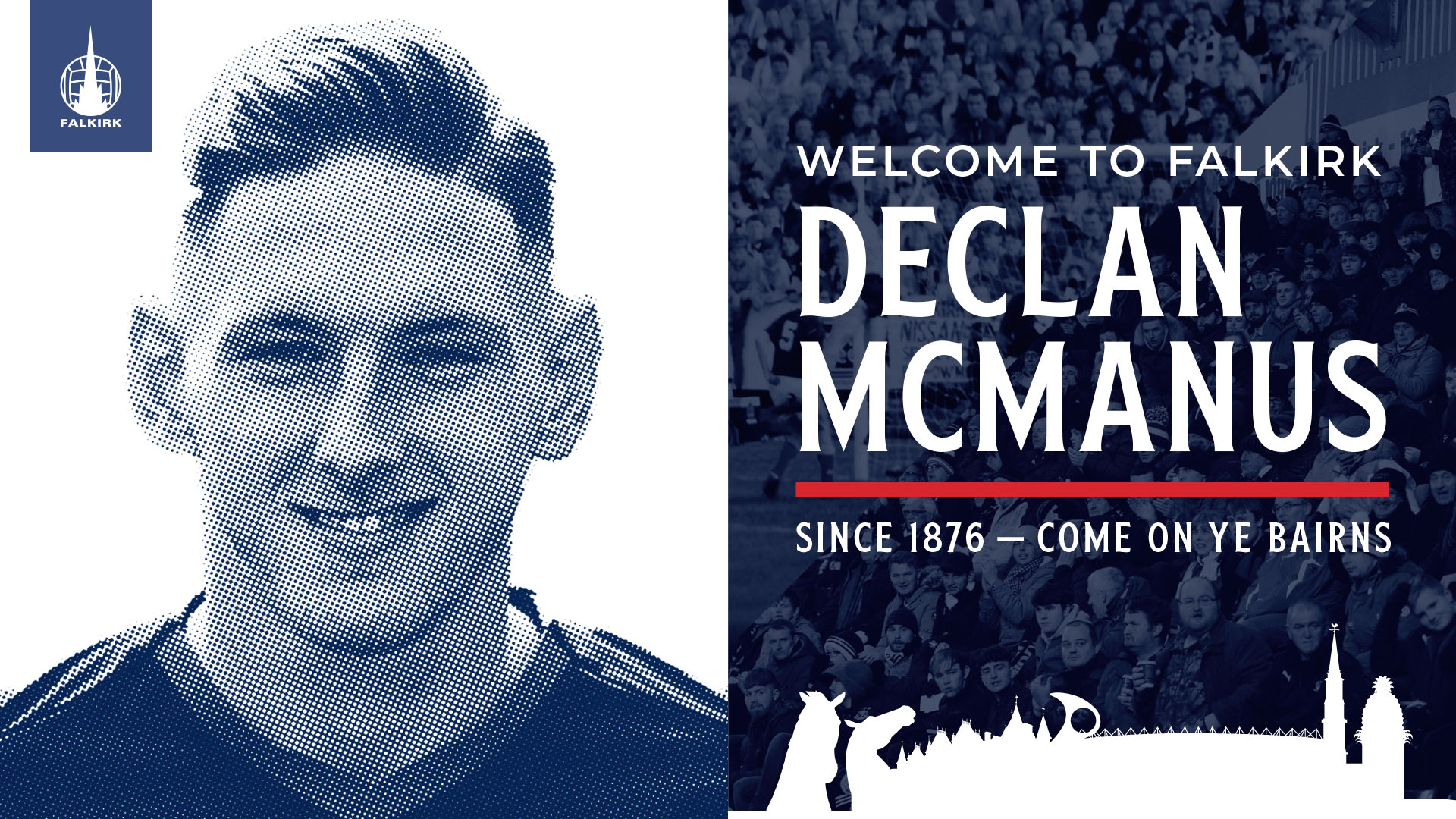 Falkirk FC is delighted to announce the signing of Declan McManus on loan from Ross County until the end of the season.
The 24-year-old forward began his career at Aberdeen from where he went on loan to Alloa once and Greenock Morton twice, scoring 11 goals in 13 games in his second spell at Cappielow. After leaving Aberdeen Declan signed a pre-contract with Fleetwood Town, playing 7 times down in England and going out on loan back to Morton and to Raith Rovers. Since departing Fleetwood Declan spent the 2017/18 season for Dunfermline before moving to Ross County last season.
Declan, who becomes Ray McKinnon’s thirteenth summer signing, has also played for Scotland at an under-18, under-19, and under-21 level.
Ray McKinnon said of his latest acquisition:
“Declan is a player I’ve had my eye on for a number of weeks since learning of his availability. He’s had great experience at this level and knows how to score goals. It’s a deal that’s taken a while to complete, but I know Declan will bring a different dimension to our attack for this season. He has the pace and ability to really hurt teams.”
“He also has great versatility being able to play through the middle out wide, something that I’ve already stressed will be important with the smaller squad we are running this year.”