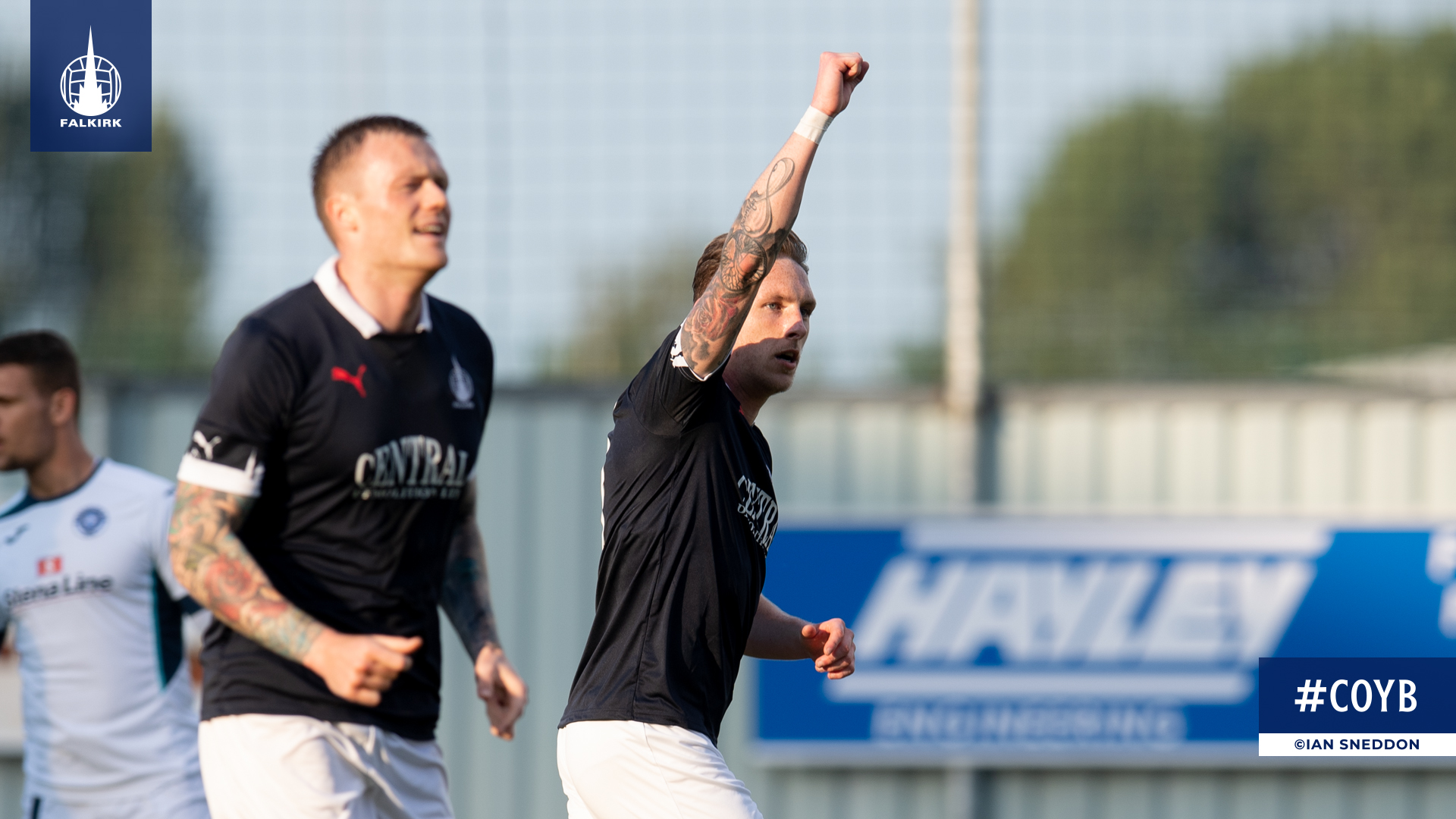 Declan McManus’ signing was only announced this afternoon, but Ray McKinnon showed faith in his new signing, faith that was rewarded only nine minutes into the match as he grabbed his first goal. Denny Johnstone drove forward from midfield and played McManus through who got just enough on his finish to net his first goal in the navy blue.

The Bairns seized the game after the goal, dominating possession and looking dangerous throughout the rest of the half. A clever corner saw the ball pop to Aidan Connolly in space, but his shot was batted away, Charlie Telfer’s turn-and-strike was just high and wide and Connolly’s strike from range forced Currie into a parry.

The visitors had a good chance before half time. Ryan Thompson found space to get through on goal inside the box, but his strike was extremely well held by Robbie Mutch in the Falkirk goal.

Falkirk struggled to keep the tempo up as the second half began, but still managed the better of the chances. A terrific block denied McManus before Aidan Connolly’s vicious strike was beaten wide, and then a Conor Sammon header from close range looked to be in until Currie somehow saved.

The visitors almost snatched a draw in the last minute as a header from a corner cannoned off the bar, but it was Falkirk’s day as they rode out 1-0 winners.