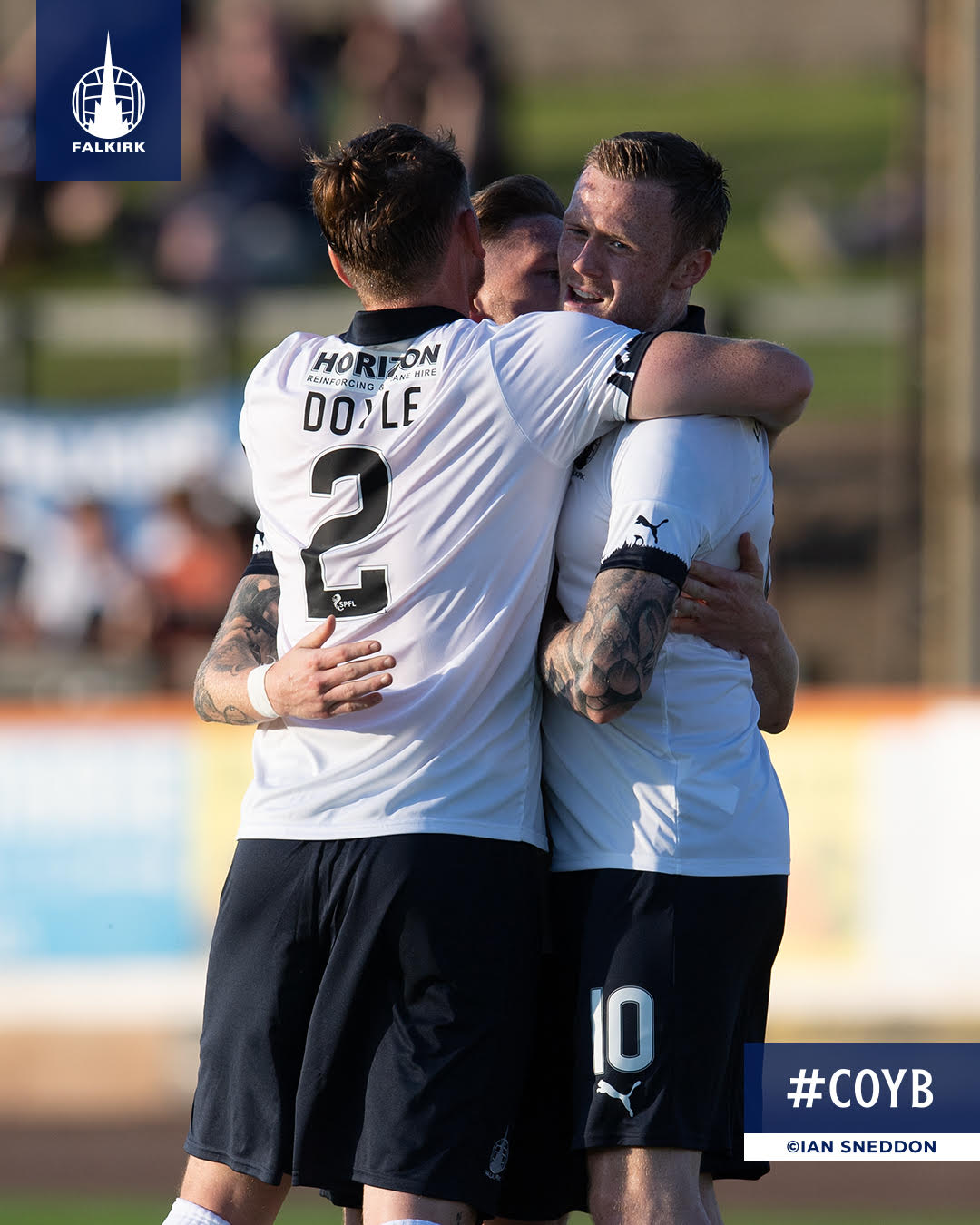 It was a successful visit to England for Falkirk’s final Betfred Cup group game as they ran out winners against Berwick Rangers.

The first half began competitive, with both teams having good spells and Berwick putting in heavy challenges. The Bairns looked the more dangerous of the sides, especially from set pieces, and this was confirmed when Declan McManus grabbed the opener on 13 minutes. Paul Dixon’s cross was headed home by McManus to give him his third goal in three Falkirk appearances.

The half continued in the same vein after the goal; both teams competing with The Bairns having most of the chances. Denny Johnstone had the best of the opportunities with a pair of headers, but the game went into the break with Falkirk a goal up.

The Bairns started at a much higher intensity after the break. Aidan Connolly and Gregor Buchanan both had good chances within the first five minutes of the half, and two minutes later they got the goal. Gomis’ cross smacked the crossbar and came straight back out to Robbie Leitch who dinked it past Brennan in the Berwick goal.

Falkirk continued to dominate and got the third after 75 minutes. A chest back to the keeper was weak and Denny Johnstone was there and ready to capitalise. A smart left footed finish by Falkirk’s number ten secured the three points for The Bairns.

Berwick came back into it during the last ten, forcing a close range save from Mutch and Toshney into a terrific block, but Falkirk powered through and took the points back across the border.