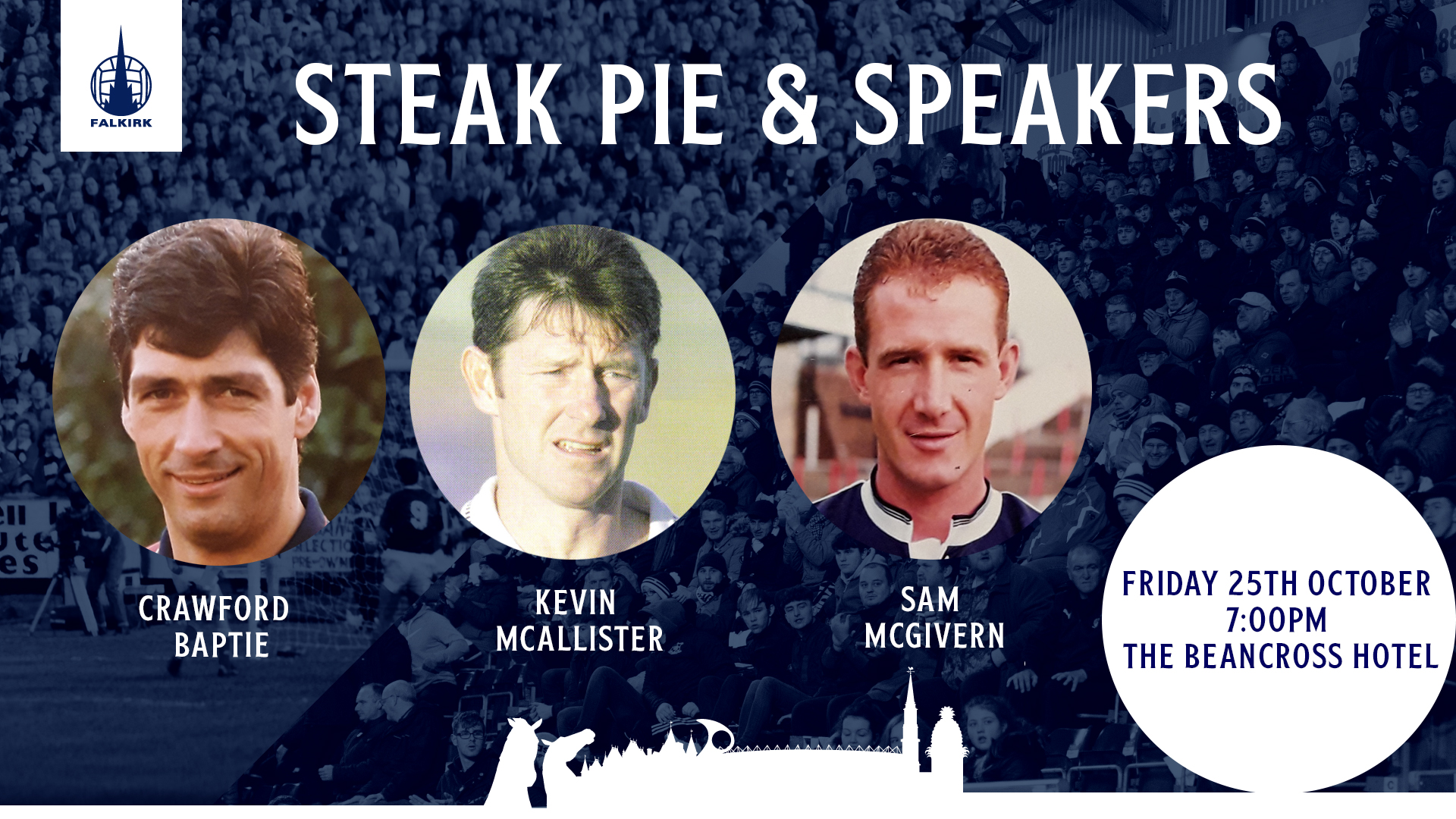 Falkirk FC are delighted to announce that our Steak Pie and Speakers Night will be returning for a third year on Friday the 25th of October.

This event is one of the most popular in our calendar and is perfect for a great and informal night out with friends, family or clients.

This year’s host will be Dave Mac. The voice of Falkirk FC on a matchday, Dave is an experienced pro when it comes to hosting Falkirk events, handling most club occasions across the calendar. As well as his work with Falkirk, Dave is an experienced broadcaster and event host, currently working as Weekend Breakfast Presenter on RockSport Radio.

We will also have a question and answer session with three Falkirk legends in Kevin McAllister, Crawford Baptie and Sammy McGivern.

Kevin, voted The Bairns player of the millennium, started out at Camelon Juniors and began his professional career with Falkirk. Crunchie spent ten years with The Bairns over three spells, as well as one spell on loan. He also played for Chelsea, Hibernian and Albion Rovers.

Crawford started out with The Bairns, playing 250 games at Brockville, as well as playing for Motherwell, Hamilton, Clyde and Stenhousemuir. Crawford also spent time as General Manager at Falkirk.

Sammy played for The Bairns 153 times over seven seasons in the late 1980’s and early 1990’s after joining from Kilmarnock. He also played for Ayr United before a long spell with Dumbarton.

Tickets for this exciting event are only £30 plus VAT and spaces will go fast, so get in contact now! Call our team on 01324 624121 opt 2 to book or email marketing@falkirkfc.co.uk