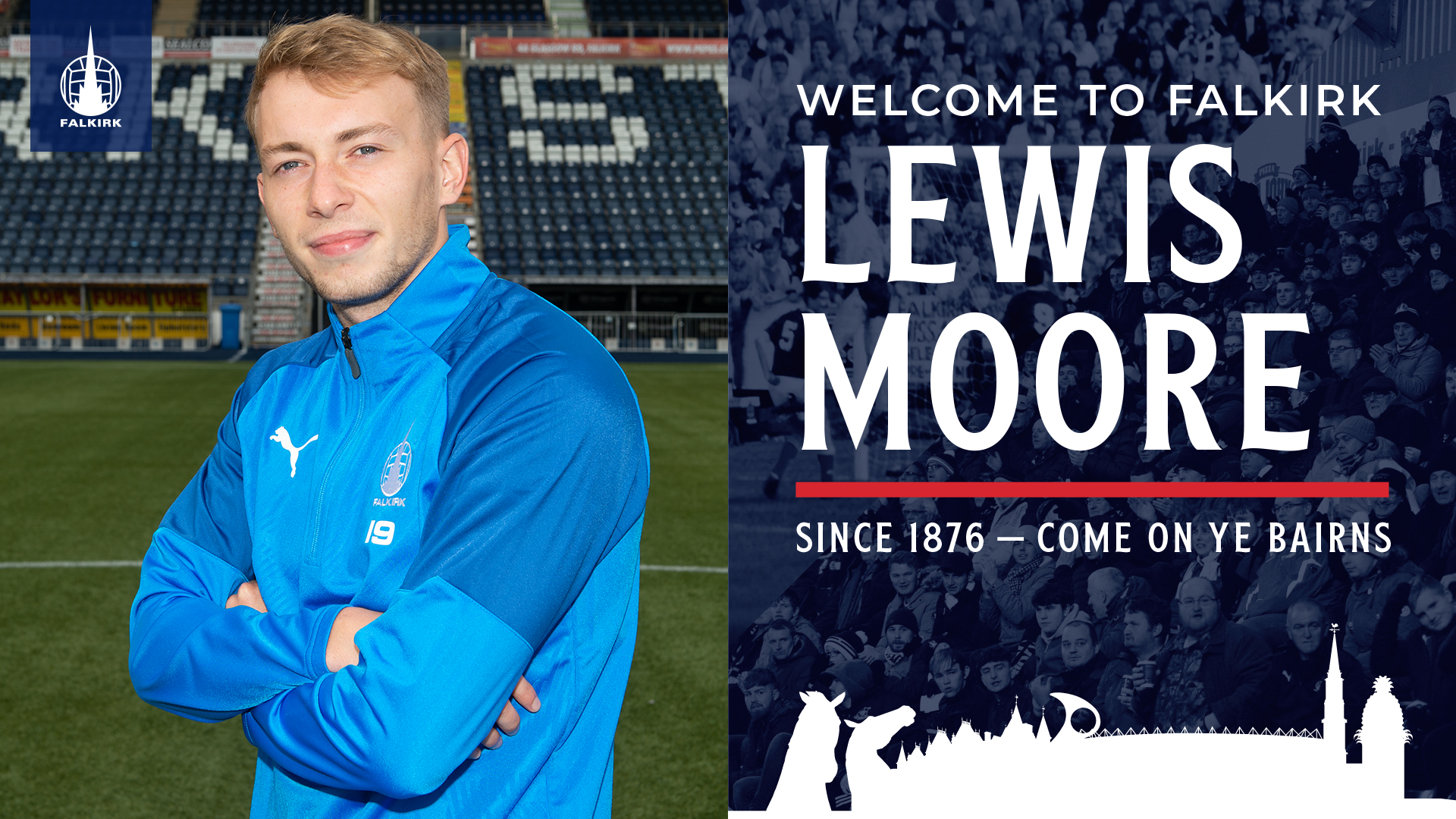 Falkirk FC is delighted to announce the signing of Lewis Moore on loan from Heart of Midlothian, initially until January 2020.

The 21-year old left-sided player made his first team debut for the Jambos in May 2016 against St Johnstone, before going on to make a further 18 first team Premiership appearances over the course of Season 2017/18.

Lewis has also spent a season on loan with Cowdenbeath and was with Forfar for the entirety of the last campaign, helping the Loons to a second-place finish in League One.

Falkirk manager, Ray McKinnon, welcomed his latest recruit: “Lewis is probably the final piece of the jigsaw if you like in terms of building our squad. He can operate anywhere on the left side, and whilst he is predominantly an attacking player, he can also play left back which is very important as we are a little short of options in that area.

“We watched Lewis for Forfar last season and were very impressed by what we saw. He’s had at a good age and comes to us with a fair amount of experience having started a number of matches for Hearts’ first team and having also played over 70 games in League One and League Two in recent years with Cowdenbeath and Forfar.”

Lewis joins Louis Longridge in going straight into Ray McKinnon’s squad for Saturday’s match against Dumbarton. He will wear the number 19 shirt.