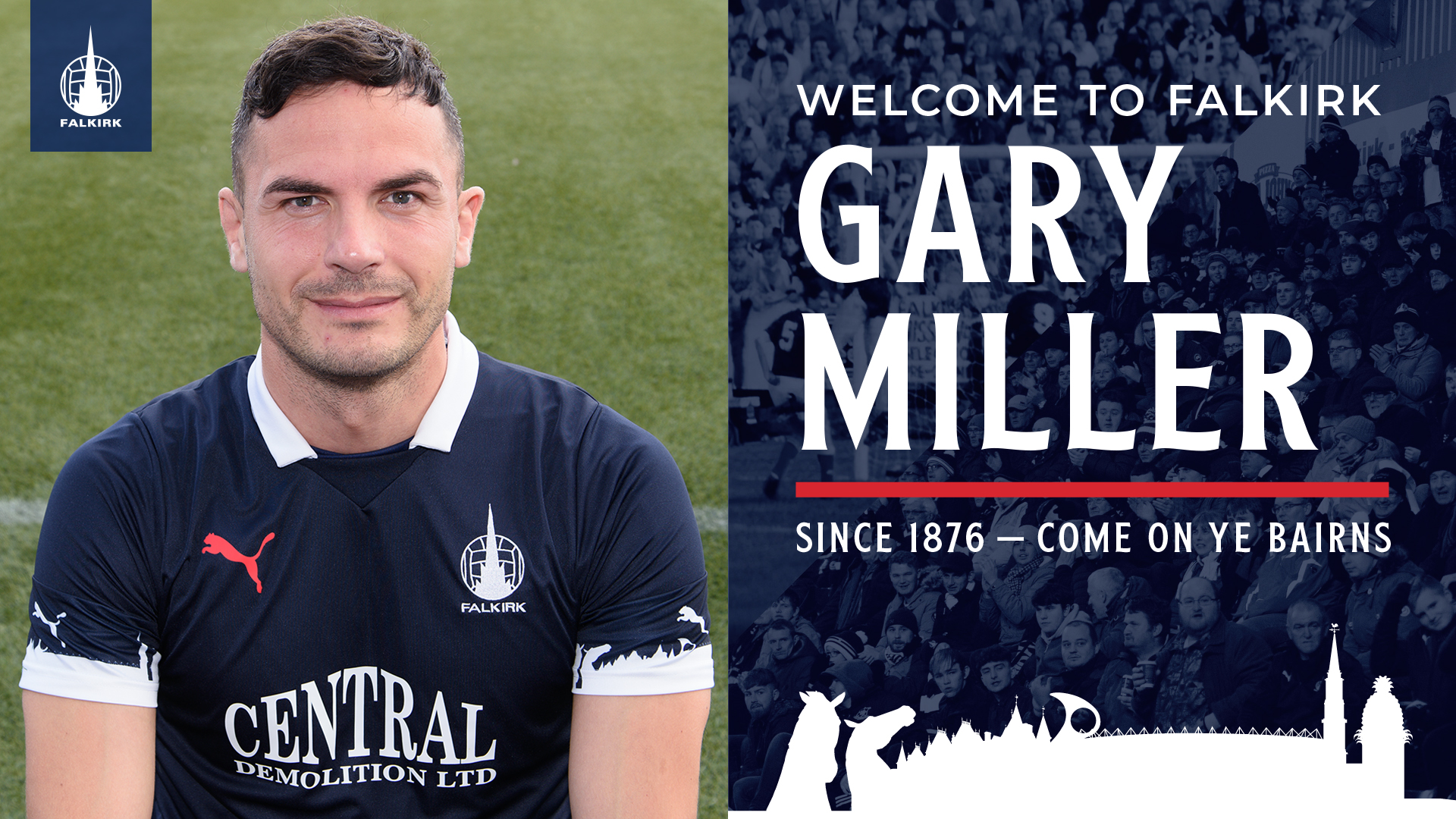 Falkirk FC is delighted to confirm the signing of Gary Miller, subject to international clearance.

The defender joins on an initial six month contract having left Carlisle United at the end of last season.

Gary’s former clubs include Ross County who he won promotion with to the Scottish Premiership and St Johnstone who he secured successive Europa League Qualification spots during his time at McDiarmid Park.

The 32-year old can operate at right back, centre back and centre defensive mid and with over 300 appearances to his name adds great experience and versatility to Ray McKinnon’s squad.

Speaking of his latest recruit, Ray McKinnon, said: “We are really pleased to secure Gary’s services. He has been in training with us for a week or so and we have been really impressed with him. He seems to be really enjoying it too and has settled into the group well.

“Adding real experience to the squad only enhances the group. In Gary we have an excellent pro and a player who can feature in a number of positions.

“Providing we can get international clearance through in time, we are hoping to have Gary involved in some form tomorrow night.”