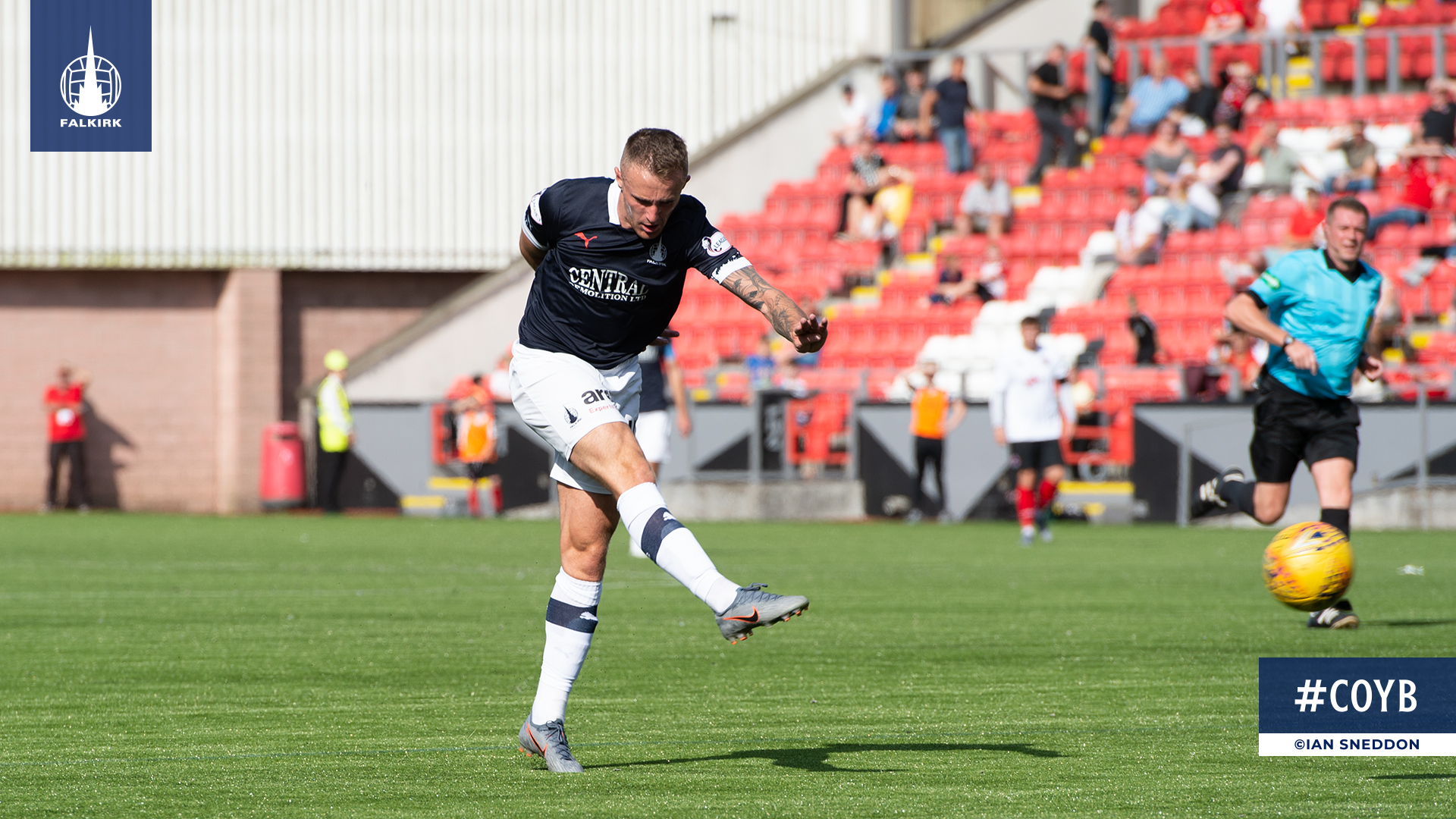 Falkirk started the game the brighter of the two teams, dominating possession and having the best of the chances early on. Declan McManus dispossessed Martin McNiff in the box and cut back to Charlie Telfer, but his shot was just wide of the post.

Despite good Falkirk play it was the hosts that took the lead in 34 minutes. David Goodwillie made a great run down the line before crossing low for Mark Lamont to tap home.

Ray McKinnon made changes at half time, bringing on Aidan Connolly and Ross MacLean, but Clyde were set back and ready to defend their lead. The Bairns struggled to make chances for most of the second half but managed to put the pressure on in the closing minutes of the game. Aidan Connolly had his shot from close range held very well by David Mitchell before Declan McManus was slipped through on goal, only to be superbly denied again by Mitchell.

Falkirk threw bodies forward but it wasn’t enough and receive their first loss of this season’s league campaign.