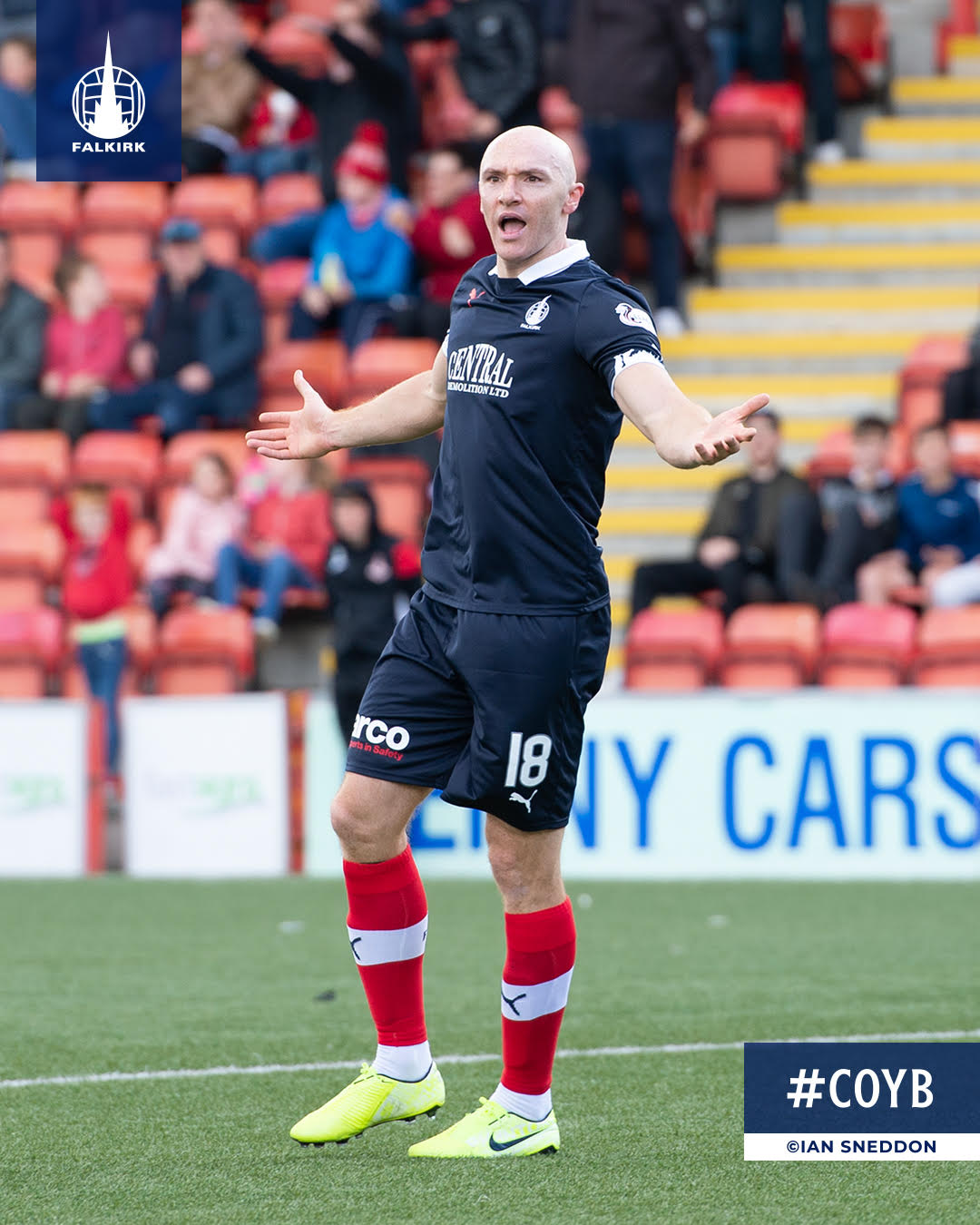 The Bairns gained a point on the road after a frustrating afternoon in Airdrie.

The Bairns started brightly, dominating possession and winning multiple corners, but it was the hosts that looked the better side for the first half an hour. Dangerous crosses and set pieces into the box troubled the Falkirk defence and Callum Smith had his shot blocked by the head of Gregor Buchanan to keep things level.

Falkirk took back control of the game after 30 minutes as they entered their best period of the game. First Aidan Connolly was slipped through by Conor Sammon after great work but his effort was saved, then another effort from Connolly around eight yards out that was blocked and finally The Bairns had the ball in the back of the net as Conor Sammon tapped home Gregor Buchanan’s header from a corner, but it was called offside.

Falkirk couldn’t keep up their pressure on the Airdrieonians defence after the break, during which Robbie Mutch replaced the injured Cammy Bell. Long range efforts from Morgaro Gomis and Paul Dixon, as well as a mix-up between Louis Longridge and Conor Sammon that stopped a golden chance were as close as The Bairns came, and they remain a point off the top of the league.