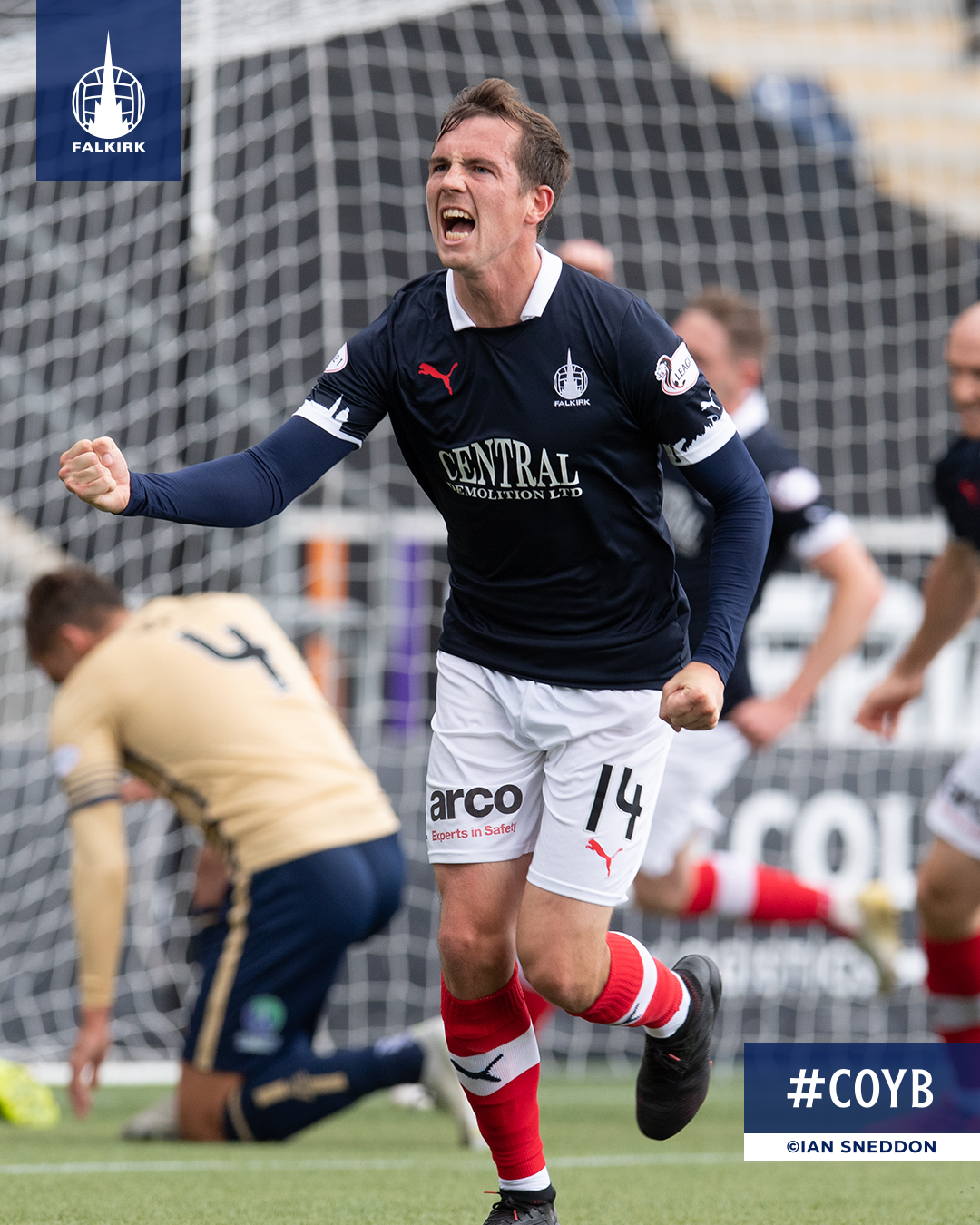 It was a convincing victory for The Bairns after a disappointing few weeks.

Michael Doyle got The Bairns off to the best possible start with a brilliant goal in the 14th minute. The ball fell to the right back at least 25 yards out and he smashed it home into the top corner.

Four minutes later Louis Longridge made it two with his first of the game. Aidan Connolly cut inside and curled a shot to the far post which smashed the upright, but Longridge was on hand to take his time and blast the rebound under McCallum in the Falkirk goal.

The Bairns dominated the rest of the first half, creating chance after chance. Terrific play by Conor Sammon and Declan McManus gave the latter a chance, but he couldn’t get the shot away. Next Aidan Connolly’s deflected shot was spilled before McManus’ rebound shot was saved from a tight angle. Just before the break a Falkirk corner gave Forfar all sorts of problems as the ball ricocheted around the six-yard box for at least five seconds before finally finding the grateful keepers arms.

Forfar stepped up in the second half, dominating large spells of possession, but the Falkirk defence wasn’t properly troubled. A Gregor Buchanan header from a corner came very close and an Aidan Connolly cut back inches from substitute David McMillan were the best chances of the half until The Bairns took it back up a notch in the last ten minutes.

Louis Longridge got his second as he calmly took a touch around a defender and slotted home, then Michael Doyle almost copied him as his shot from close range was superbly saved by the keeper. The match finished 3-0 and The Bairns continue their excellent home form in the league.