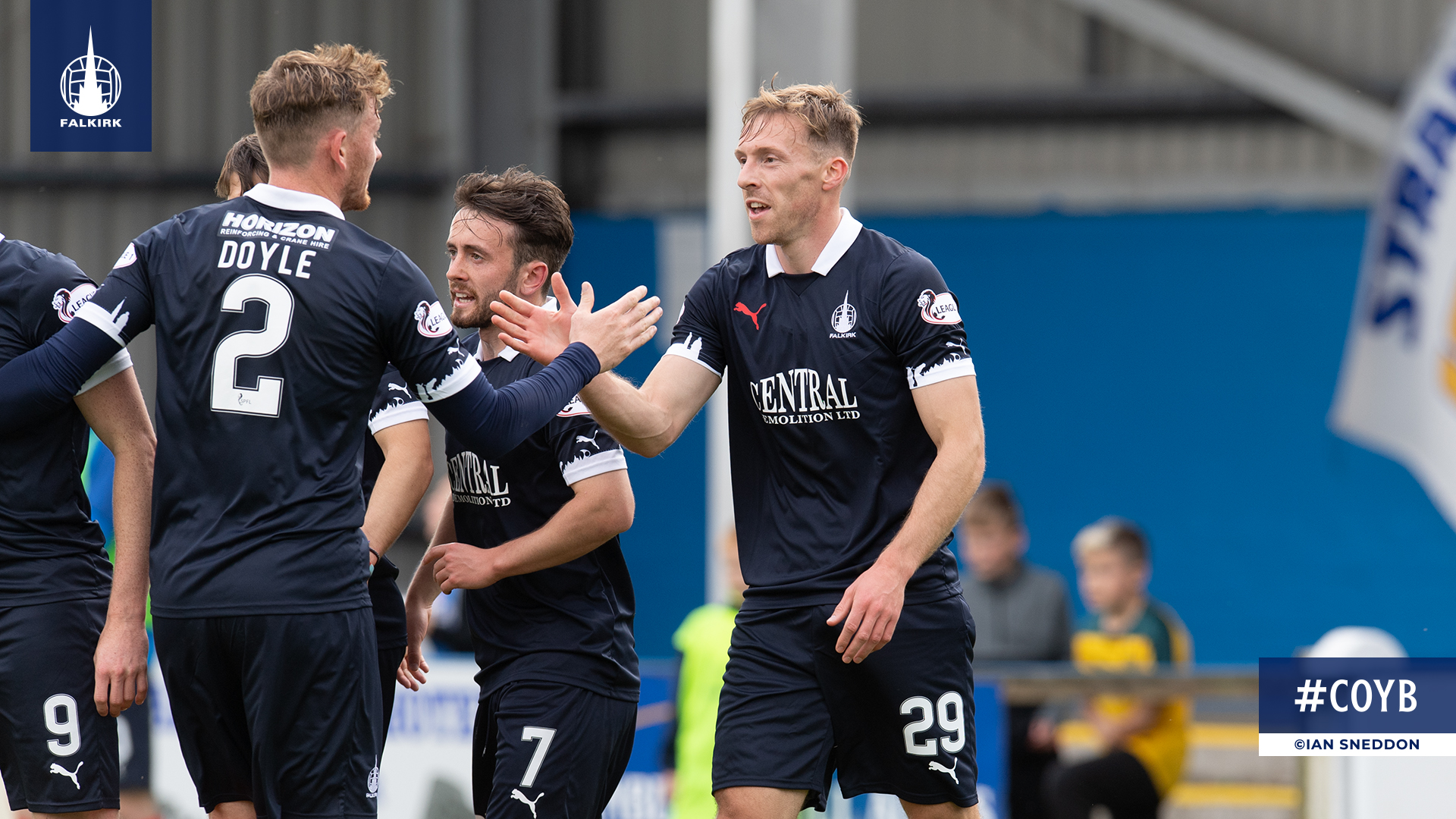 A dominant display from Falkirk saw The Bairns pick up their first three points away from home this league campaign.

Falkirk nearly made perfect start after one minute. Aidan Connolly lined up a shot from ranged that was saved, and David McMillan couldn’t convert the rebound.

David McMillan made his first start and justified his selection with the only goal of the first half. Louis Longridge swung a low ball in that McMillan stooped low to guide into the back of the net for his first goal in the navy blue.

The Bairns had three exceptional chances before the break. The ball first came to Declan McManus in the box, but the keeper made an excellent save to keep it out. Next Aidan Connolly’s pass across the goal found Morgaro Gomis who fired wide from the back post. Finally, Charlie Telfer’s goal bound strike fell to McMillan, but his shot was again well saved by Currie in the Stranraer net.

Declan McManus again came close just after half time. Gregor Buchanan’s effort was headed on by McManus, but his effort crashed into the bar and down agonizingly close to behind the goal line.

Charlie Telfer doubled Falkirk’s lead after 66 minutes. McManus knocked the ball down to McMillan, giving him the chance to play in Telfer, who finished calmly after a lovely touch around the defender.

Ray McKinnon replaced a struggling Charlie Telfer with Ian McShane and switched his strikeforce, bringing on Denny Johnstone and Conor Sammon in place of McManus and McMillan. The two new additions combined well to get the ball to Morgaro Gomis, who took a touch forward and blasted home from 30 yards out with a fantastic strike to get the third and seal the Falkirk victory.

Louis Longridge threatened late on but it finished with The Bairns three goals up and with the three points as we move into next weekend’s game against an East Fife side undefeated in the league.