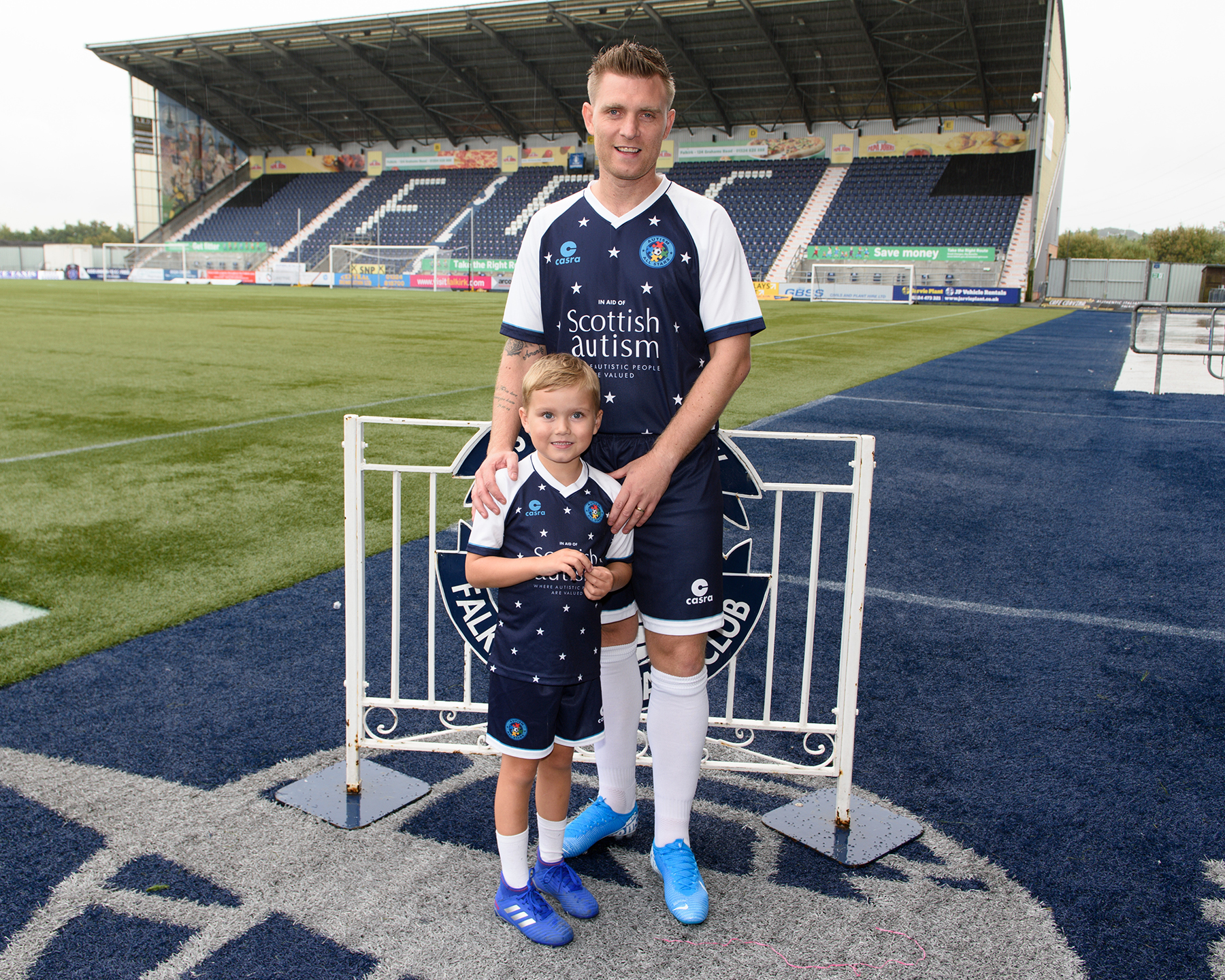 An Autism All-Star charity match in aid of Scottish Autism is being held at the Falkirk Stadium on Sunday.

The game has been organised by Stephen Manson after his 5-year-old son was diagnosed as being on the spectrum last year. Stephen, who played for Falkirk between the ages of 17 and 20, has recruited both his ex-Falkirk teammates as well as friends and family to take part in the game and raise money for a fantastic cause.

The teams will be wearing kits designed especially for the game and Stephen’s son Oliver will be the Scottish Autism mascot for the game, leading the teams out and kicking off the match.

As well as Stephen the match features ex-Bairns players Darren Barr, Alan Gow, Darryl Duffy and Kieran McAnespie, alongside John Hughes who will be presenting the trophy to the winning team.

Gates open at 12.30pm and kick off is at 1.30pm. There will be entertainment for all the family before the match and donation buckets around the stadium before and during the game to raise money and awareness for Scottish Autism.

Stephen said of the game: “There’s guys there that are my mates that haven’t had the chance to play in a stadium like this, so they’re buzzing, but then you’ve got guys who have played in front of 60,000 people in big stadiums and the way they’re excited for it is the same way the rest of the boys are. It’ll be great to go out and play the game for a good cause and see a few old faces at the same time.”

“We’d like to have future games; we don’t want it to just be a one-off thing. We want to raise more awareness, more money. We can’t wait to see how this game goes and we’re excited for it. The backing and help we’ve had from Falkirk has been fantastic, the fact we’re getting to play the game and what we are doing here is amazing.”

Kieran Koszary, Commercial Director added: “It has been a pleasure to meet Stephen and Oliver and we are delighted to be in a position to support such a great initiative and we hope that everyone involved has a great day at The Falkirk Stadium.”