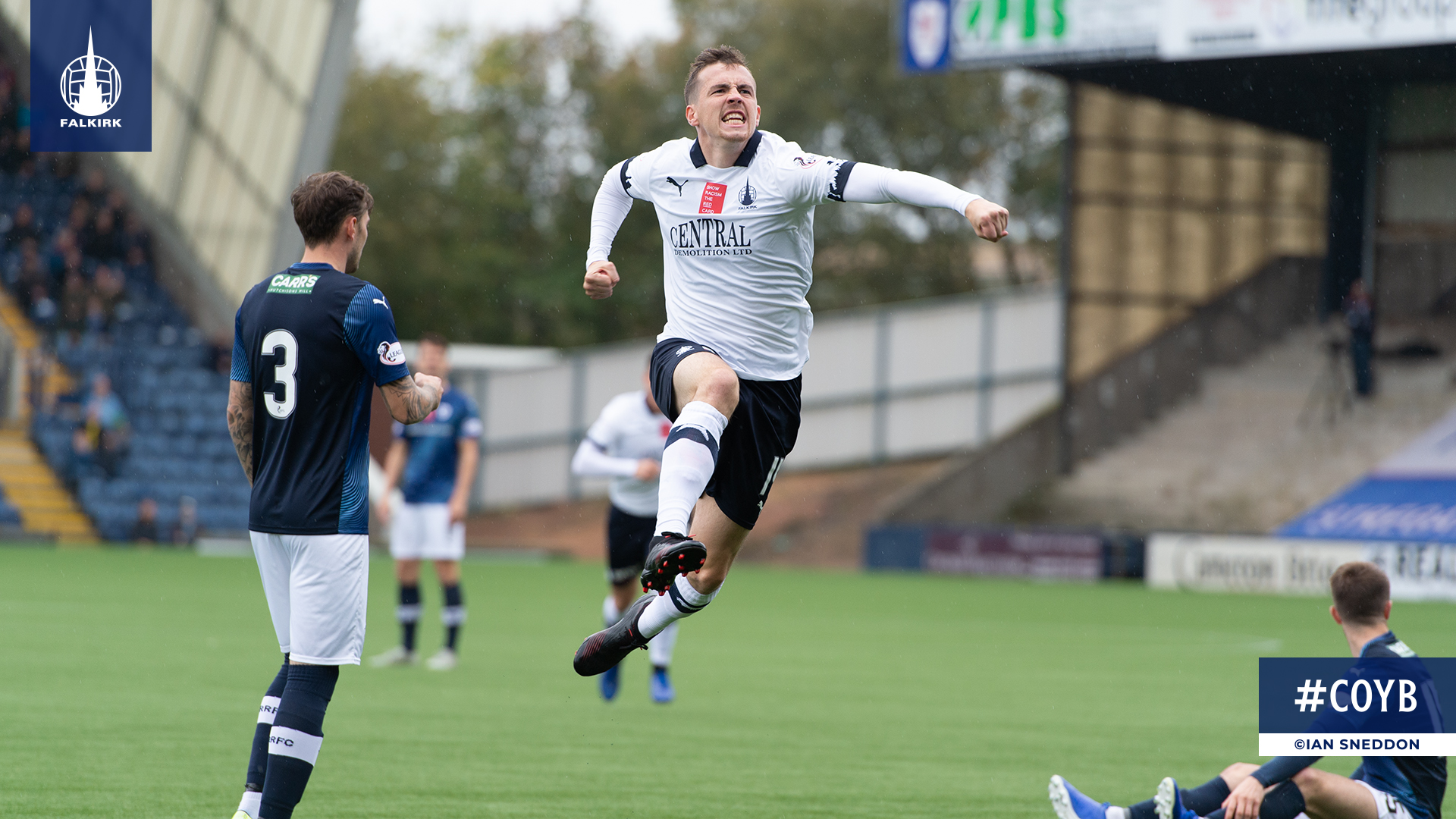 Falkirk started the team the better game, dominating the first half. It took only two minutes for The Bairns to take the lead through Louis Longridge. Charlie Telfer’s close-range shot was superbly saved by McGurn, which then came back to Louis Longridge who went around his man and scored from outside the box.

The Bairns piled the pressure on after taking the lead and got the second after 16 minutes. Michael Tidser won possession in midfield before driving forward, beating his man and slipping Conor Sammon through on goal, and he made no mistake with a great finish.

Raith Rovers managed a few good chances in the first, through Benedictus and McKay, but Falkirk had the best of the chances near the end of the half. Charlie Telfer had his shot saved into the path of David McMillan, but his shot from a few yards out was into the onrushing keepers arms.

Raith Rovers brought Daniel Armstrong on at half time, and he immediately added an edge to the Rovers attack, although Falkirk still looked dangerous on the break. Louis Longridge blasted a shot off the top of the bar before Cammy Bell was forced into a great save at close range. The hosts pulled one back through Michael Miller in the 59th minute. Armstrong’s delivery from a free kick was headed in to reduce the deficit.

Falkirk struggled to get out after conceding and Raith Rovers got the equaliser after 75 minutes. Armstrong curled a free kick into the top corner, inches away from Cammy Bell’s outstretched arm. Both teams searched for a winner late on but couldn’t get there and had to settle for a point apiece.