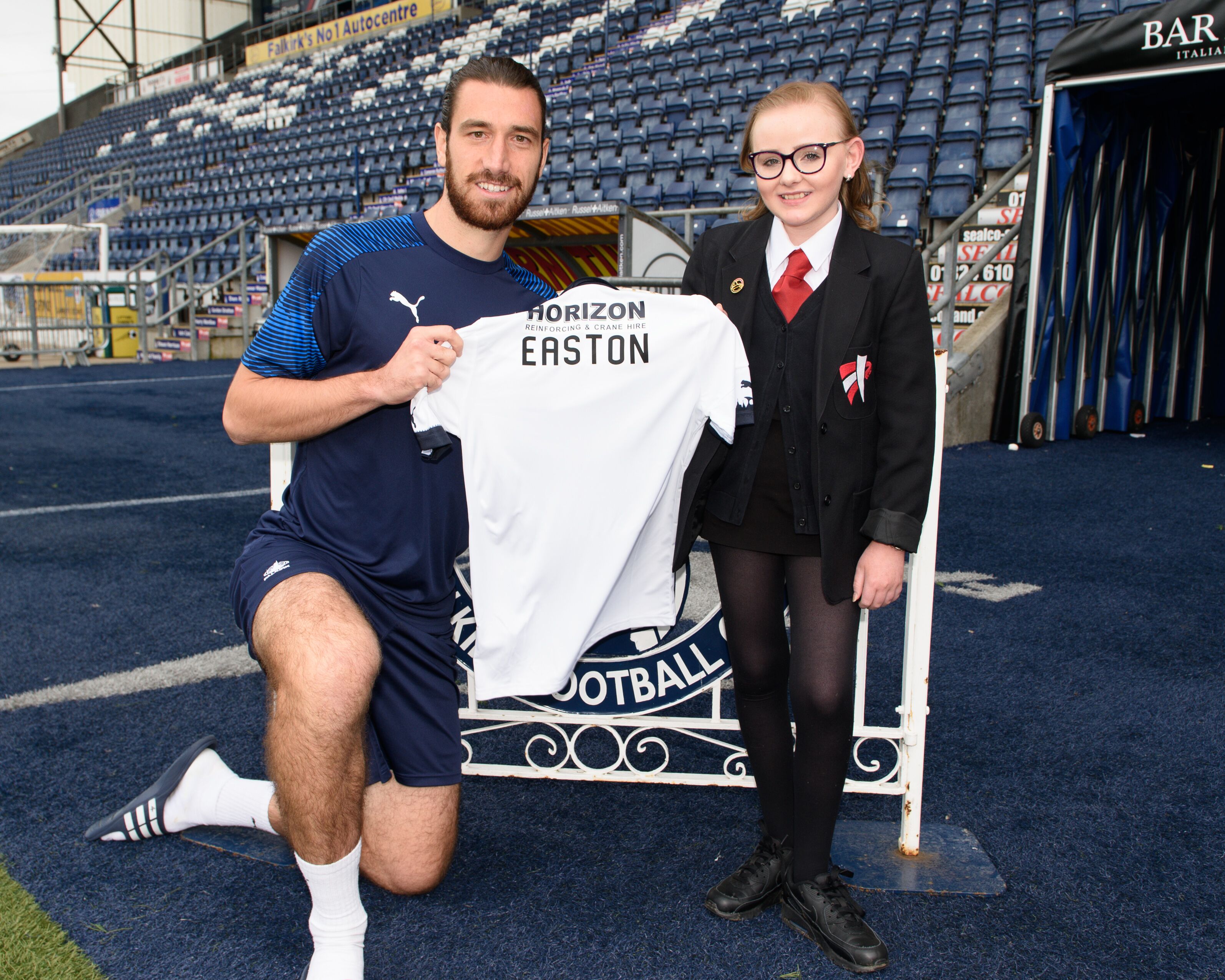 We today welcomed Falkirk 13-year-old Ashlee Easton, who has been fighting high-risk neuroblastoma and is trying to raise money to pay for a vaccine treatment in New York that aims to keep the cancer from returning.

First diagnosed at age six with the life-threatening condition, Ashlee relapsed for the second time in November 2018 in a devastating blow for her family. Thankfully, following even more chemotherapy, Ashlee’s scans showed no active disease. She is currently receiving immunotherapy treatments after which Ashlee’s family hope to access the Bivalent Vaccine clinical trial at the Memorial Sloan Kettering Cancer Center in New York that aims to keep her cancer away for good. This requires the raising of £239,000, and with a massive amount of work they have already raised over £67,000.

Accompanying Ashlee to the stadium were her mum, Lisa, and Michelle Shaw, business teacher and charity co-ordinator at Braes High School, where she has spent a lot of time with Ashlee. The club looks forward to welcoming Ashlee and her family as VIPs, including her dad who was a season ticket holder until her diagnosis, as a matchday mascot and to the boardroom for an awareness day to be held at a future game.

Lisa spoke on coming down to the stadium and the planned awareness day; “The big thing for us all is to raise more awareness, you see things about other cancers a lot, and they say children’s cancer is rare but there’s an awful lot of kids in the hospital. September was children’s cancer awareness month and we’re fighting to give them that awareness they need.”

“Having the chance to get a lot of people in one place who will hear our message, to get a club like Falkirk behind us, to do something the awareness day, it means a lot. To have our hometown supporting us is really good. We’re thankful to Kieran for helping us out, we were just hoping to have a bucket collection at a game but he’s brought up of all of these extra things, which is fantastic.”

Michelle added; “I’m passionate about it because Ashlee has the chance to get treatment abroad, which a lot of people don’t, so we really want to raise the money and take advantage of that.”

“All the kids at the school are right behind her, helping us raise money and always checking to see how far towards the target we are. They’re really excited to get involved, and have really been amazing, she’s a celebrity!”

Kieran Koszary, Commercial Director, finished by saying; “It was a pleasure to welcome Ashlee to the Falkirk Stadium and it was inspiring to see and hear her story first-hand. We look forward to Ashlee leading out the team at a match in the near future and assisting in her fantastic fundraising campaign.”

To donate to Ashlee’s appeal or to find out more visit the link at https://www.solvingkidscancer.org.uk/appeal/ashlee