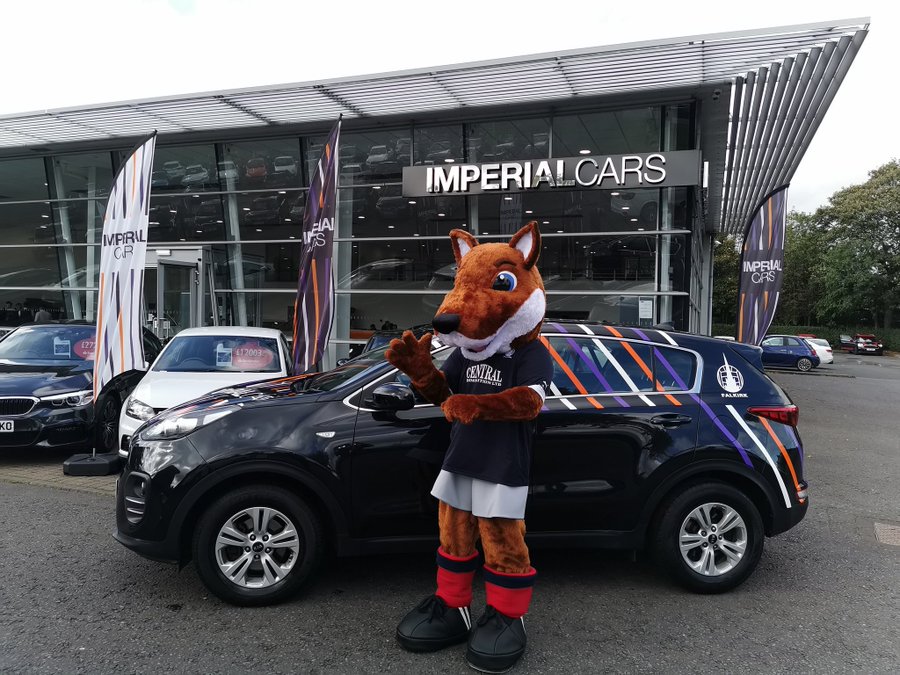 Falkirk FC, in partnership to our North Stand Sponsor Imperial Cars, is delighted to announce the launch of our fantastic competition to design the new Falkirk FC car with an image of what Falkirk means to them.

The competition is open to all Primary School pupils in the Falkirk District and beyond, with the closing date for all applications on Friday the 29th of November at 4.00pm to the Falkirk FC Club Shop, or Imperial Cars, Glensburgh Road, Grangemouth, FK3 8XJ. Entries will be displayed within the Imperial Cars showroom and all entries will be entered into a prize draw to win hospitality for four people at a Falkirk FC match.

The winning design, selected by Falkirk FC and Imperial Cars representatives, will receive the following prizes:

Entry forms will be distributed by schools and can also be picked up from the Falkirk FC Club Shop or Imperial Cars.

We hope all pupils will enjoy taking part in the competition and we can’t wait to see the new Falkirk FC car!

“Imperial Cars is proud to be working closely with Falkirk FC and the efforts that they make working with the local communities and schools. Launching this competition is great for engagement with the surrounding area of our Grangemouth site.”

“Once again we are delighted to be working on a partnership which involves our younger fans and also one of our major national partners. Imperial Cars have been a fantastic support to the club since the inception of our partnership and this concept is another example of their willingness to engage with and support the Falkirk family.”

For any queries in relation to the competition please contact Laura Craig on 01324 624121 or email laura@falkirkfc.co.uk