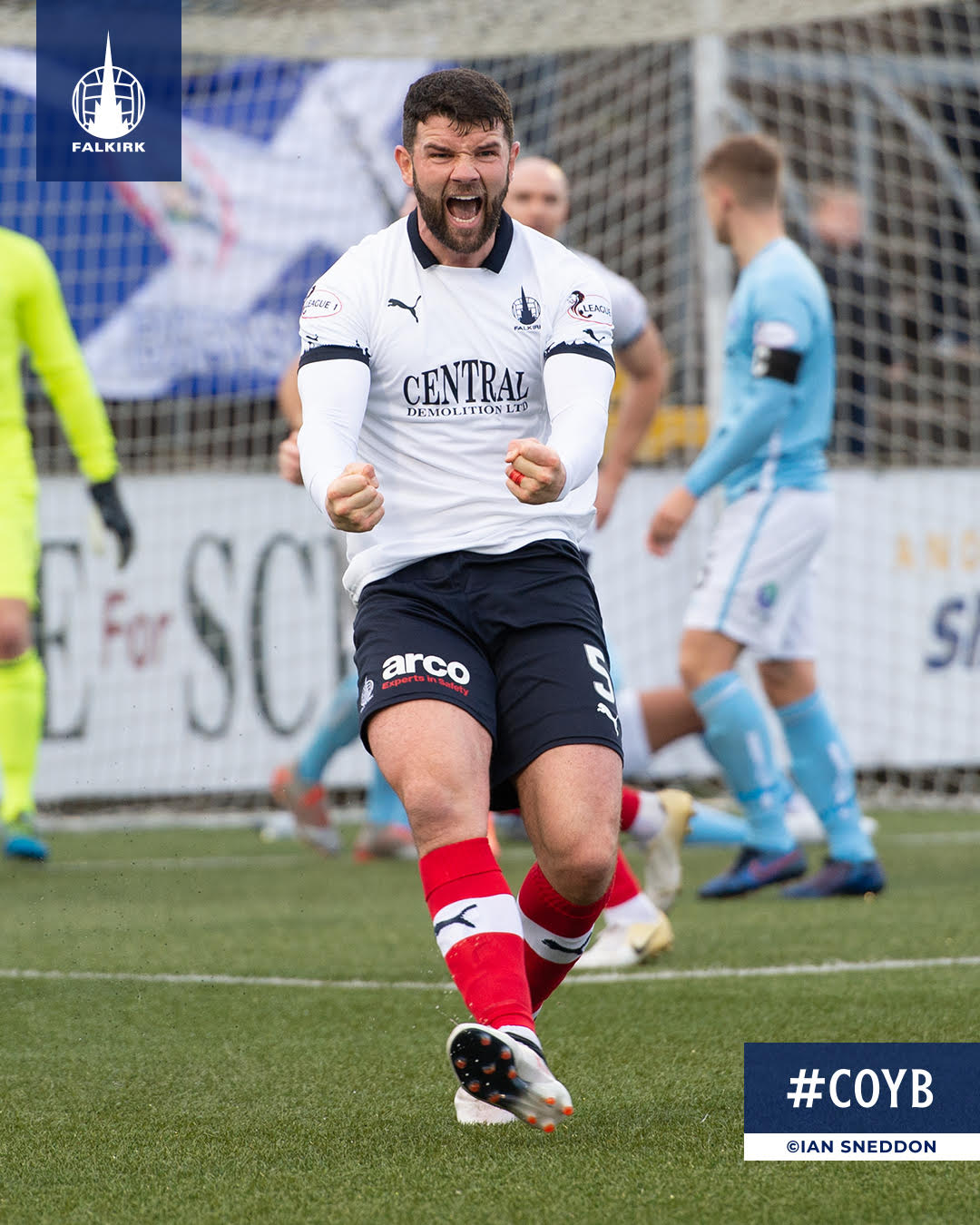 A tough victory away to Forfar saw The Bairns take the top spot in this season’s Scottish League One for the first time.

The first half was one few on chances for either team. Forfar had an early opportunity to open the scoring as Dale Hilson fired over from Jamie Bain’s ball, and Aidan Connolly couldn’t climb high enough to nod home a free header after Conor Sammon’s cross in an opening half an hour with little goalmouth action at either end, but it was all to change as The Bairns opened the scoring after 34 minutes.

Michael Tidser’s set piece caused chaos in the Forfar box and Mark Durnan was on hand to take advantage as he scrambled a deflected effort over the line from an acute angle. The hosts piled on the pressure after going behind and both Falkirk centre-halves saw yellow for clumsily preventing counter attacks, but The Bairns saw the half out to go into the break a goal up.

The second half went much the same as the first, with both teams struggling to create chances. Louis Longridge made a terrific turn and played a ball across to Ian McShane and Falkirk broke extremely well through Longridge, but Connolly couldn’t convert the chance. Falkirk sealed the win in the 87th minute. Ian McShane put in a cross that was headed by Michael Travis into his own net to give Falkirk a good victory and the three points.