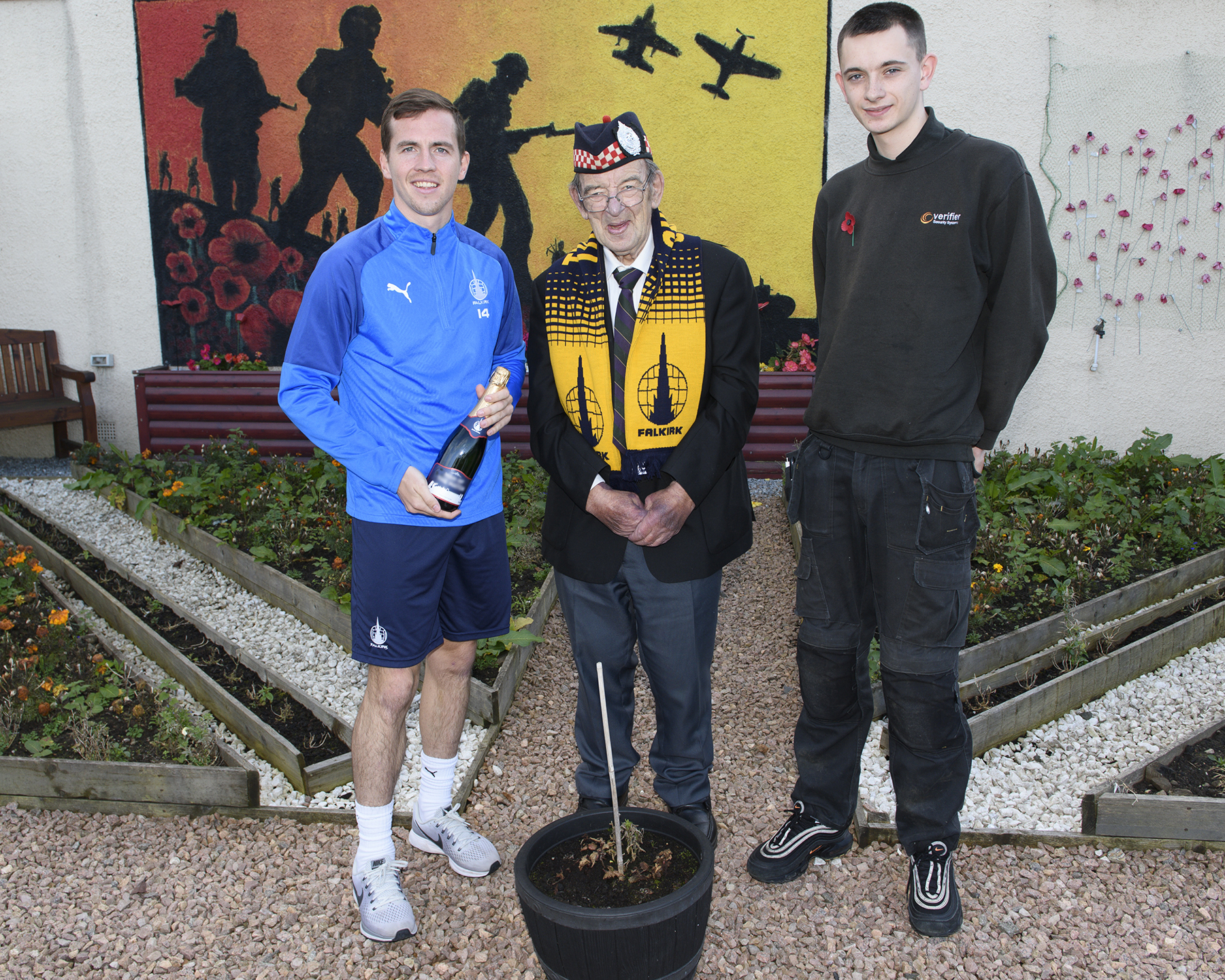 Congratulations to Louis Longridge who has been named Verifier Player of the Month.

Louis was presented with his award by President of Royal British Legion Scotland Grangemouth Club, David Buchan and Louis Comrie from Verifier.

Louis just pipped Michael Doyle to this month’s award and was in attendance at the Legion as part of our #FalkirkRemembers week. A number of veterans and members were on hand to congratulate Louis on his award.

Speaking of his award, Louis said: “I am very grateful to receive the award and its great to be here having won on Saturday and sitting top of the league. The work the club does with the Legion and Poppy Scotland is great and I look forward to taking part in Saturday’s Remembrance Service.

“Thank you to all those who voted for me, I have really enjoyed being back at the club and appreciate your support.”