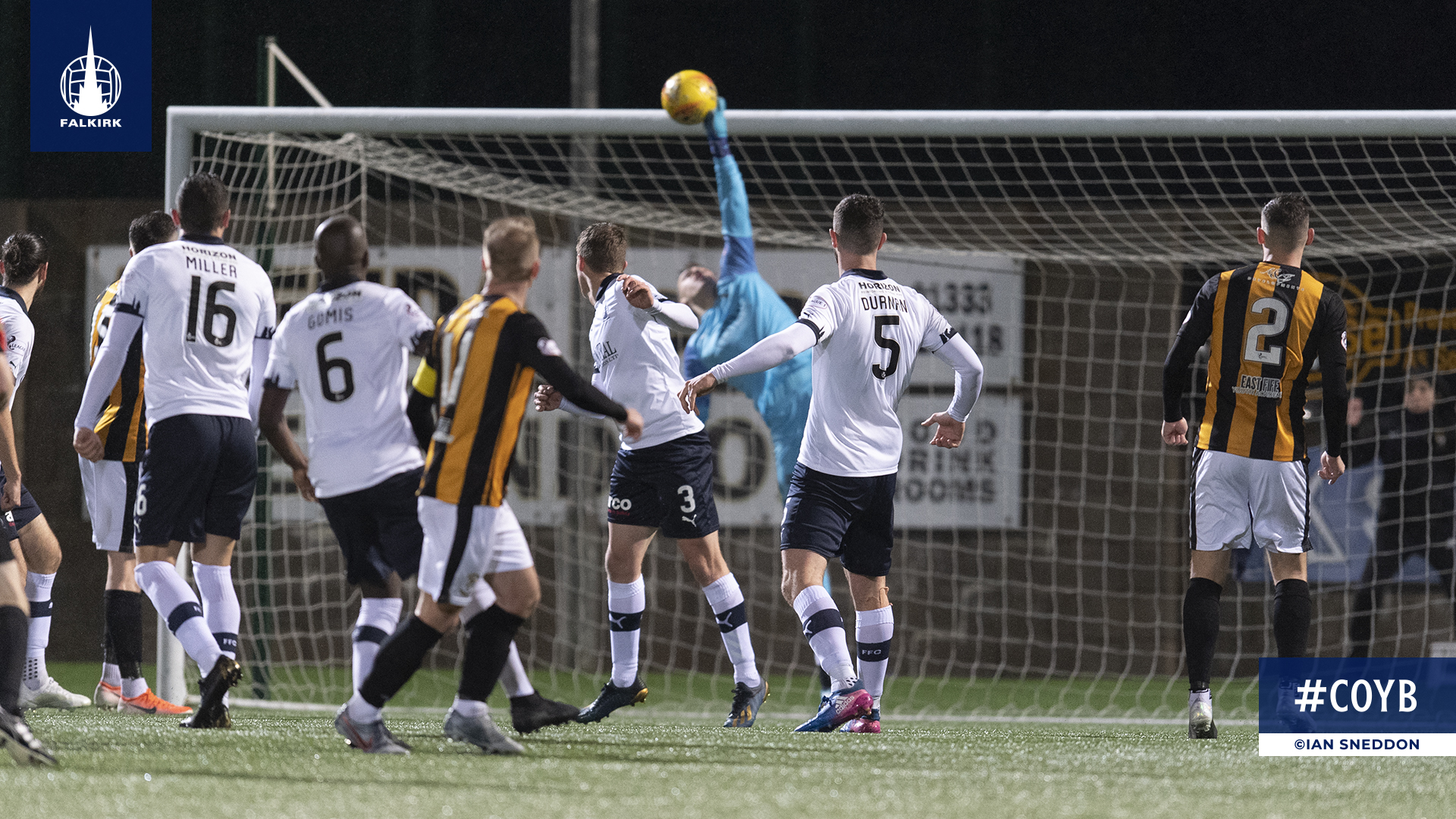 The Bairns left Bayview with a point after a tough game against East Fife.
In a first half where neither side dominated the best chance fell after half an hour. Lewis Toshney rose above the East Fife defence to attack Paul Dixon’s corner with a free header, but couldn’t keep it on target.
Morgaro Gomis almost broke the deadlock on 45 minutes as his effort deflected over the bar after the ball came to out to him after a scramble following a corner.
The half finished goalless and opportunities proved hard to find in the second half. Lewis Toshney had a shot from range pushed wide and Paul Dixon put a number of fantastic crosses in for Falkirk, while Robbie Mutch pulled off a superb save to deny Agnew and Mark Durnan managed to clear after a defensive mishap as both teams looked to score.
In the last ten minutes Falkirk almost had a very strange goal as an East Fife clearance skewed off their own bar and Robbie Leitch’s great ball bobbled agonisingly across the six yard box, but Falkirk couldn’t get the win and had to settle for a point.