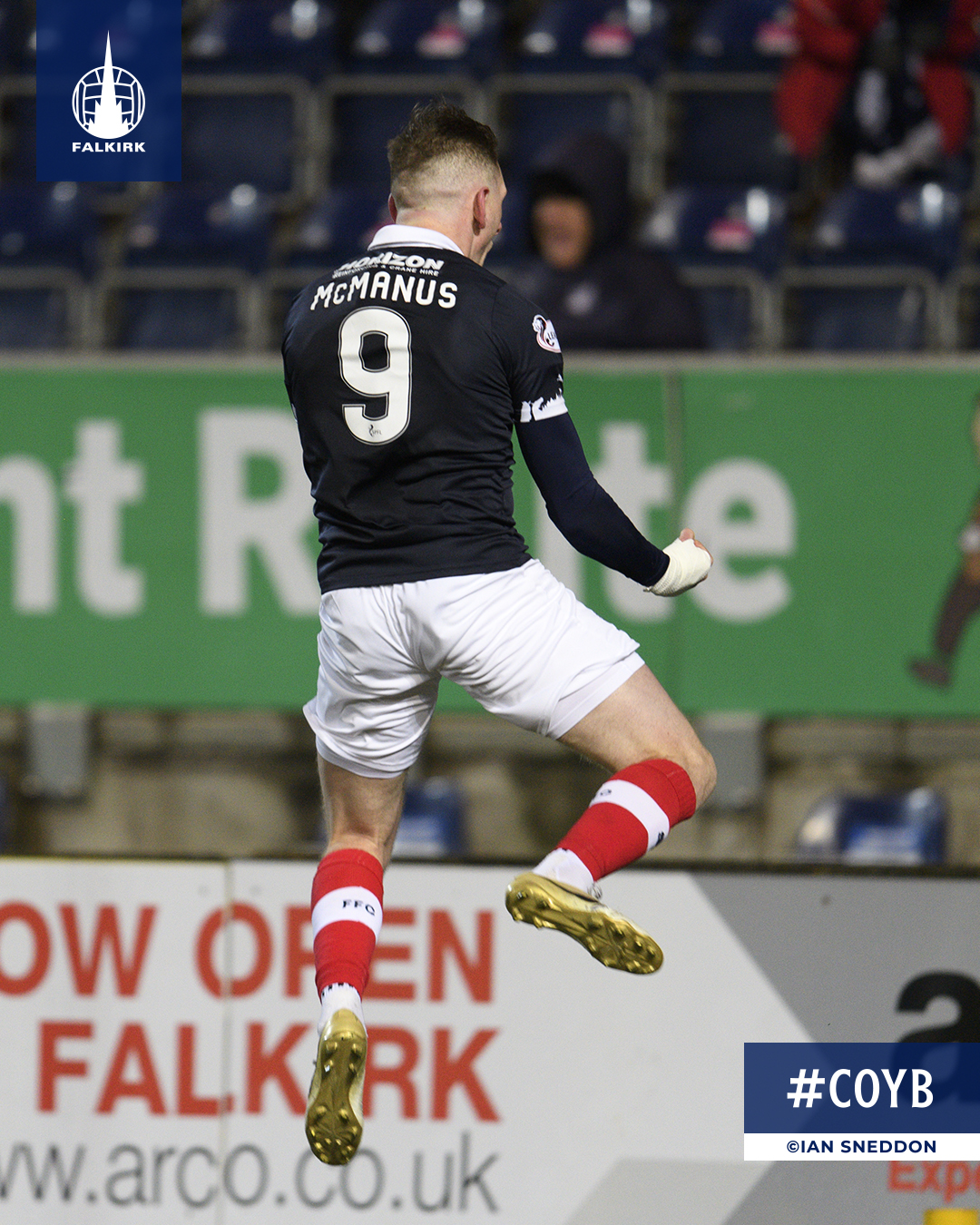 The Bairns started the better of the two teams, making a couple of good chances in the first ten minutes. Declan McManus drove one across the box and David McMillan had his effort from another Declan McManus ball well saved. After 13 minutes the game turned on its head. Charlie Telfer’s late tackle on Regan Hendry was deemed by the referee to be a red card challenge and The Bairns midfielder was given his marching orders.

Falkirk moved into more defensive positions after the sending off, and Rovers made them pay. Jamie Gullan glanced a header home to force The Bairns into a comeback. Despite Louis Longridge’s free kick being dropped by the keeper, Falkirk couldn’t snatch an equaliser against the run of play and went into the break a goal down.

Falkirk immediately came out the stronger team after half time despite their man disadvantage. Louis Longridge made a fantastic run down the left and let go a shot that was to strong for Munro, before the superb Declan McManus blasted home the rebound.

Soon after drawing level in goals, the teams drew level in men. Kyle Benedictus wrestled McMamus to the ground and received a second yellow as Falkirk looked to press home their pressure and get the winner. Mark Durnan’s header across goal couldn’t be turned in, Gregor Buchanan’s header was cleared from the six-yard-box and Munro fumbled another corner in a flurry of Falkirk chances.

The best effort from the Bairns came after 80 minutes, as Mark Durnan sent Louis Longridge’s corner into the bar with his volley, but it was soon to be bad news as Falkirk went down to nine men. Morgaro Gomis pulled down his man to receive a second yellow.

After the second sending off it was Raith Rovers turn to push for a winner, but the Bairns held on for a point.