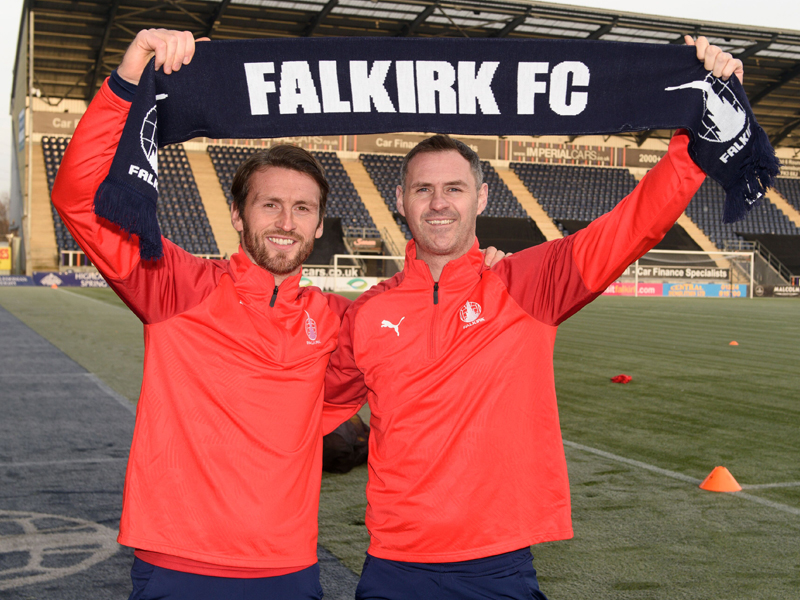 At Monday evening’s Annual General Meeting, Gary Deans was appointed as the new Chairman of Falkirk FC. This comes just days after the permanent appointment of Lee Miller and David McCracken as our new Head Coaches.

It was confirmed at the meeting that Gary, assisted by his fellow Directors, will review the internal structure and workings of the club. This review will include the Football Department and John Park will assist the Board in conducting this. John’s wealth of experience in football will provide great knowledge to the Board and it is hoped that a ‘pipeline of talent’ can be created to assist Lee and David both now and in the future, creating great long term benefit to the club. John will help the Board to understand every aspect of the football structure and how this can be improved upon.

Gary and previous interim Chairman, Lex Miller apologised for the mistakes of the previous year, and emphasised the need for the club – supporters, staff, players and directors – to come together, draw a line under the events of the past and move forward to build a positive future.

Head Coach, David McCracken spoke further of this in his presentation to shareholders, he said: “Our message when we came in was we needed everyone together. We needed the players to help us get the job – they did it. But moving forward we still do. We need the marketing department, the shop staff, Liam who does our research – everyone around the club.

“We need the confidence of the board who gave us the job and now we need you. We knew tonight would not be comfortable but can we now draw a line under this and move forward as a club together? When we were here previously the club was together.

“I’m putting it on you guys – can the fans be better? There was a difference in the fans between our last two home games – it was day and night. I understand atmosphere is created on the pitch but it goes hand-in-hand. The noise of the stands feeds into the players. When you’re here please help the boys on the pitch, be confident and get behind them.”

Lee Miller added his thoughts. Speaking to falkirkfc.co.uk on the day following the meeting Lee said: “Myself and David are so passionate about this club and it has been sad to watch from afar some of the comments being made about the club and the disharmony between everyone. When we were successful at the club previously everyone was together and we have to get back to that. Myself and David know that there have been problems, but we hope this is a fresh start for everyone to move forward. Everyone here wants the same thing, but now we need to come together to achieve it.”

New Chairman, Gary Deans, knows there is still work to do but is seeking an end to the negativity that has surrounded the club in recent times: “We want to work together with our shareholders and supporters to make positive changes to the club. We know there are areas that we need to improve on, but I personally felt David couldn’t have put it any better in his presentation. We all have a role to play and I think Saturday’s match showed the best of the club once again. We had players giving their all and being backed all the way by the supporters in the stand.

“It won’t be straightforward, sometimes we’ll get it wrong, but it won’t be for lack of trying and we’ll do our absolute best. We want you to be part of it though, and to be part of our decision making, but to make that happen we have to constructively work together.

“Together we have an opportunity to take our club back where it belongs, let’s make it happen.”

The club will hold a Fans Forum in the New Year where all supporters will have the chance to hear the thoughts of Gary, Lee and David and their vision for the club moving forward.