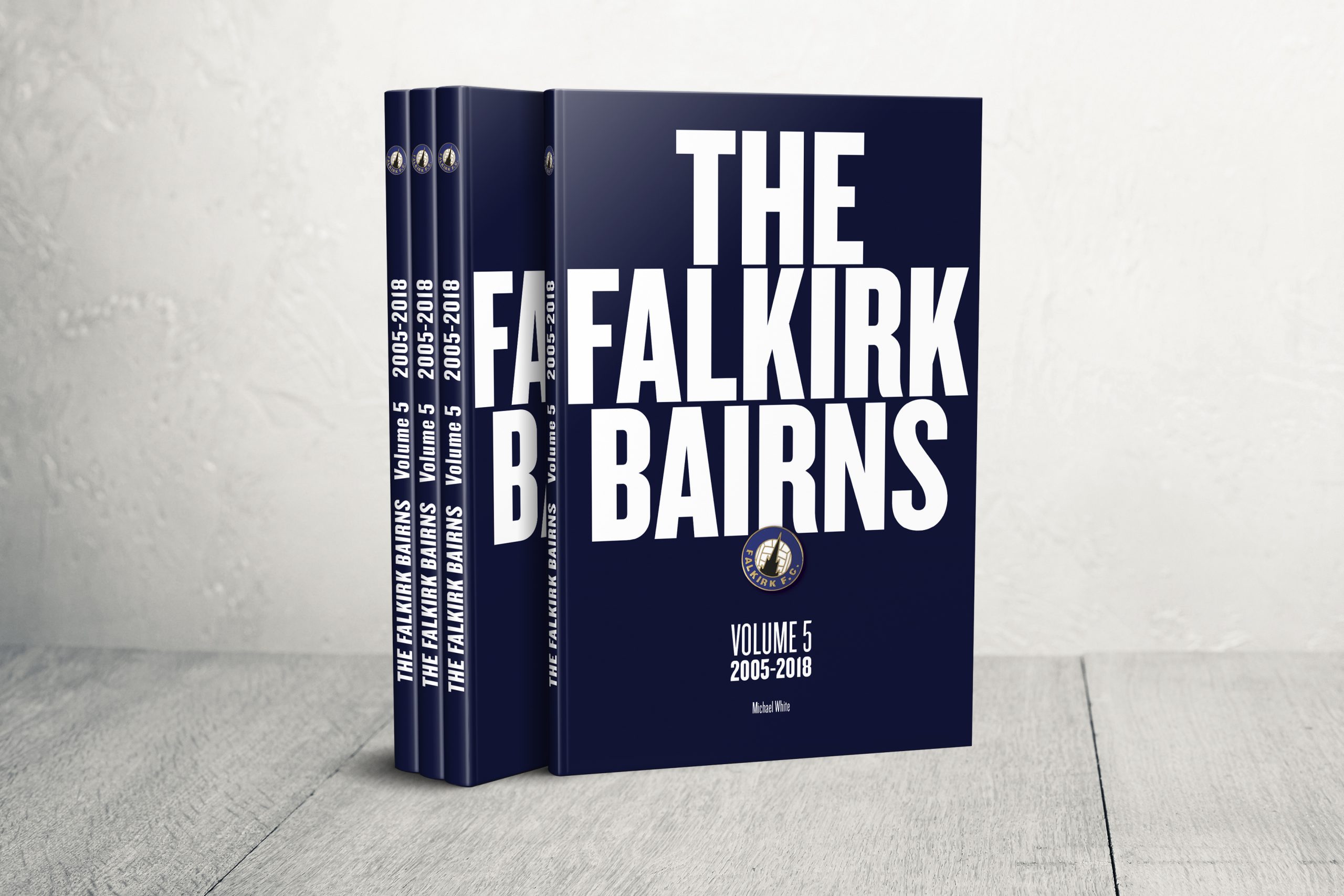 Expect the Unexpected? Never was the unofficial motto of Falkirk F.C. more appropriate than for the years from 2005 up to the summer of 2019. The story of these roller-coaster seasons is told in the new book by club historian Michael White, which is in aid of Motor Neuron Disease Scotland.

The fifth volume in the history of Falkirk Football Club will be available early in the new year. All profits from the sale of the book will go to the charity Motor Neurone Disease Scotland and it is hoped that the first copies will be on sale by the end of January 2020.

The book covers the years 2005 to 2019 and is extensively illustrated throughout. Like previous editions in this series, the book features player profiles, individual match reports and a detailed account of the key events both on and off the park.

An obituary section includes biographies of players who have passed away since volume four was printed in 2005. There are detailed statistical sections, and for those unfamiliar with the general history of the club, there is a summary of the main events since its foundation in 1877.

There will be a limited edition first print run and Falkirk supporters can reserve a copy by texting their name to 07906 239582.