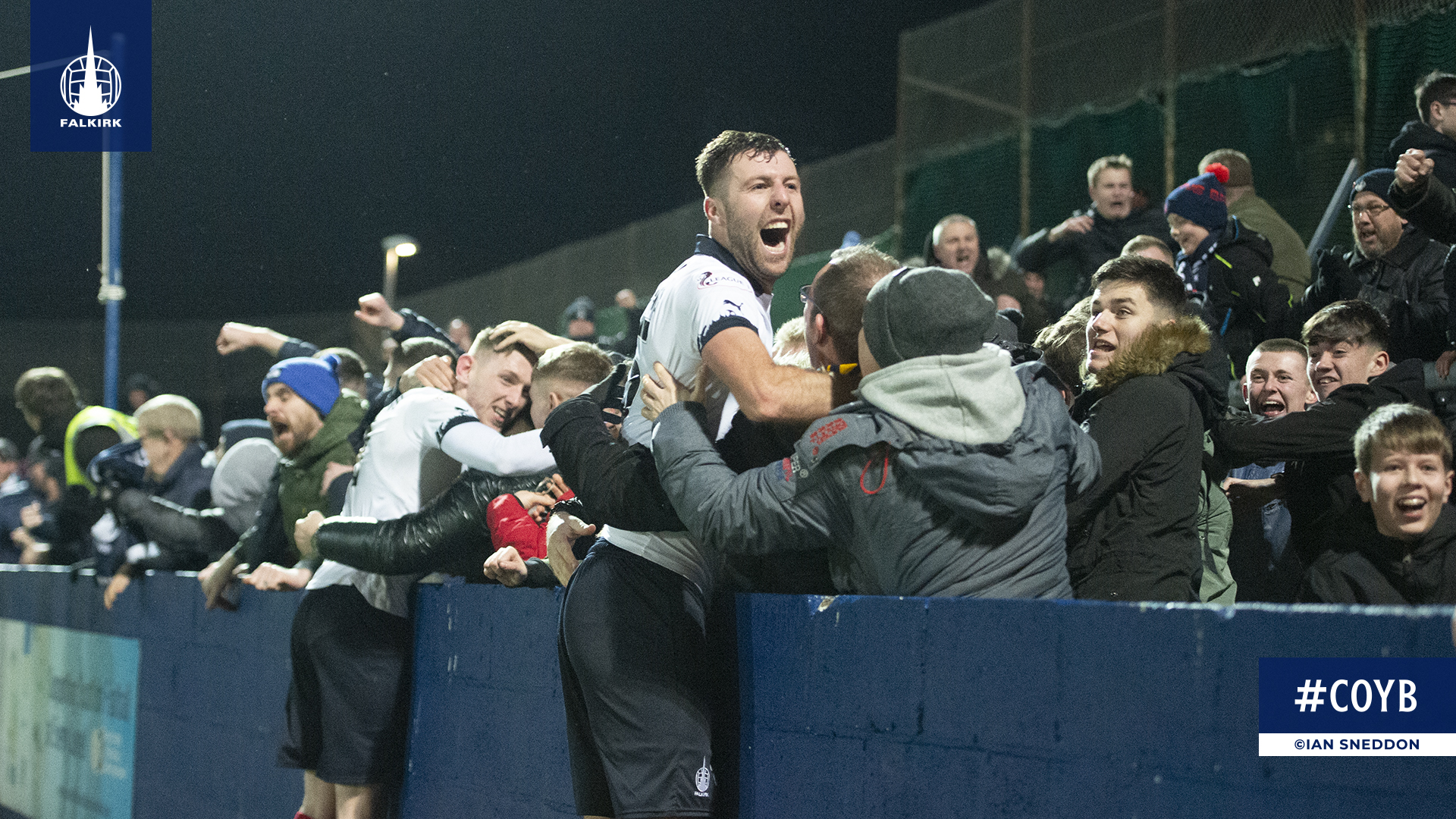 Aidan Connolly’s last gasp winner got the win for Falkirk after their two-goal lead was cut back by Montrose.

Falkirk began the game strongly, dominating the opening period. Declan McManus raced through on goal but was denied by some great defending and Gregor Buchanan blasted a volley over from six yards out from a corner as they pushed for the opener. Montrose took control of the game after 25 minutes, pressing high up the pitch but struggling to make chances, and it was The Bairns that took the lead after 39 minutes. Louis Longridge’s free kick from just outside the box was headed home by David McMillan at the back post.

The Bairns came out all guns blazing after half time. Declan McManus beat his man and hit a shot from a tight angle against the outside of the post in the first chance of the half, and, ten minutes after the break, Declan McManus showed great strength to hold off his man and finish from the edge of the box to double Falkirk’s lead.

After the second goal Falkirk really began to dominate and should have scored at least once. David McMillan again climbed the highest to power Michael Tidser’s Cross goalwards, but Montrose managed to scramble it off the line and Declan McManus’ chip over the keeper was just wide of target after going through on goal in two of the best chances.

Montrose managed to grab a goal out of seemingly nothing with 20 minutes to go. Terry Masson’s effort went just over the line before a sliding Lewis Toshney could clear to pull one back. Taking the initiative, they pushed The Bairns further and further back, and got their equalizer from the spot following a Michael Doyle trip in the box.

With seconds to go it looked to be a disappointing end to the day for Falkirk, but Aidan Connolly slid in to convert a corner home and send The Bairns fans behind the goal into a frenzy.