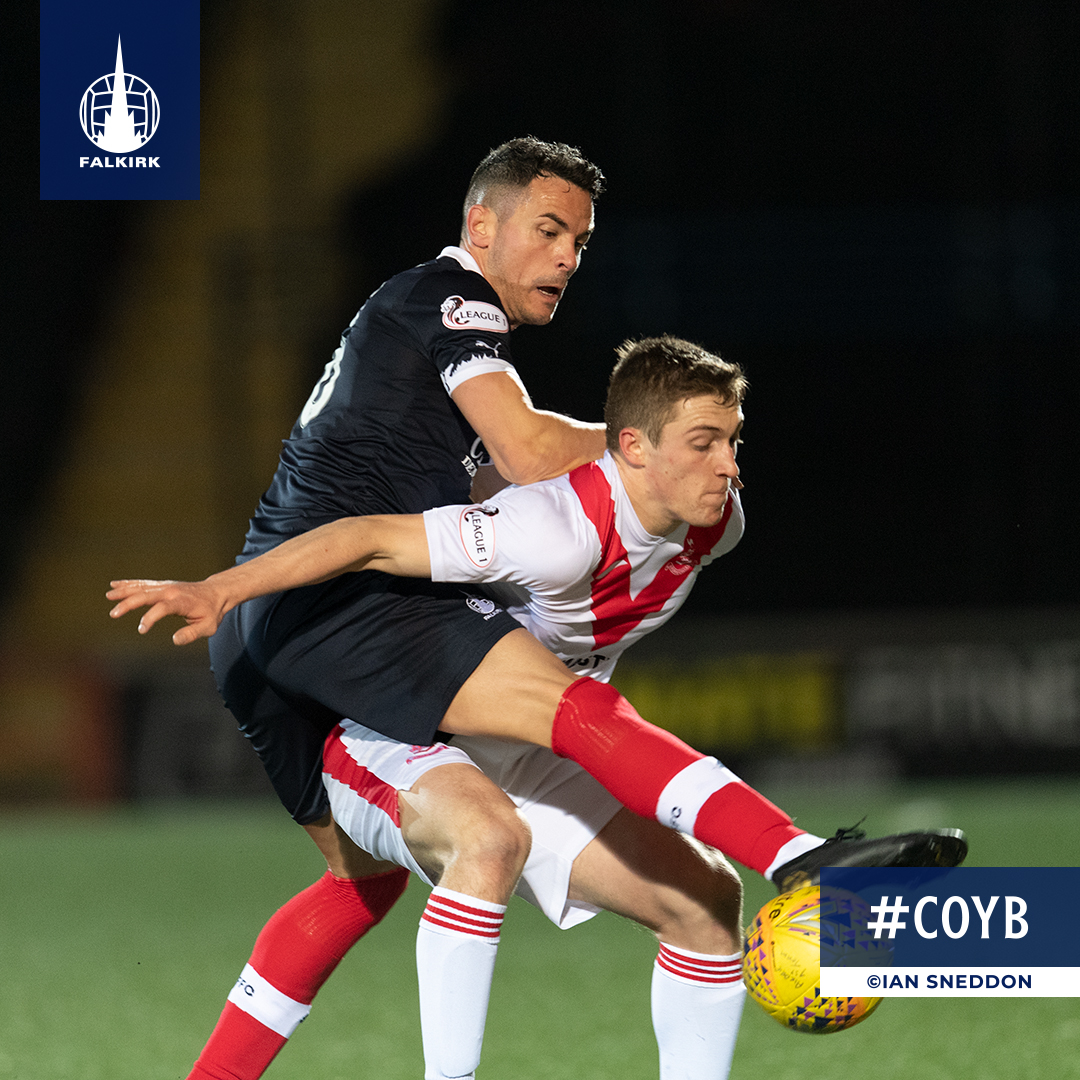 It was a battling point for Falkirk away from home at Airdrieonians.

The match opened tensely, with neither team making many opportunities. The first real chance of the game came after 14 minutes, for Falkirk. David McMillan got on the end of a great Louis Longridge ball, but his lifted shot over the keeper was off target.

It was a game of injury woes for The Bairns, and the first of these happened after 29 minutes as Louis Longridge received treatment after a hard challenge and had to come off despite trying to continue.

Falkirk came so close to scoring from a corner after 33 minutes. David McMillan’s header needed a tremendous save by David Hutton to deny him and Gregor Buchanan’s follow up was judged not to have crossed the line. Seconds later Falkirk opened the scoring from the resulting corner. David McMillan blasted his shot into the back of the net to score a fantastic goal for The Bairns.

The hosts got back in the game almost immediately. Dale Carrick converted a penalty after Kieran Miller’s shot was judged to have struck Gregor Buchanan’s hand. Robbie Mutch somehow managed to make a one-handed save into the bar from a close-range header before half time as Airdrie went looking for the lead.

Falkirk came out looking the stronger team after the break but were set back as Lewis Toshney went down and was forced to bow out after an hour. Ross MacLean’s introduction caused Airdrie problems, putting in several excellent balls and winning free kicks in advanced positions., before he also had to be replaced. Declan McManus’s shot stung the gloves of the keeper and he was judged not to have been fouled as he went down in the box.

Airdrie almost snatched it as their shot from range clipped the top of the bar, but Falkirk dominated the closing stages and Declan McManus headed wide from close range in a golden chance with minutes to go as the game finished level.