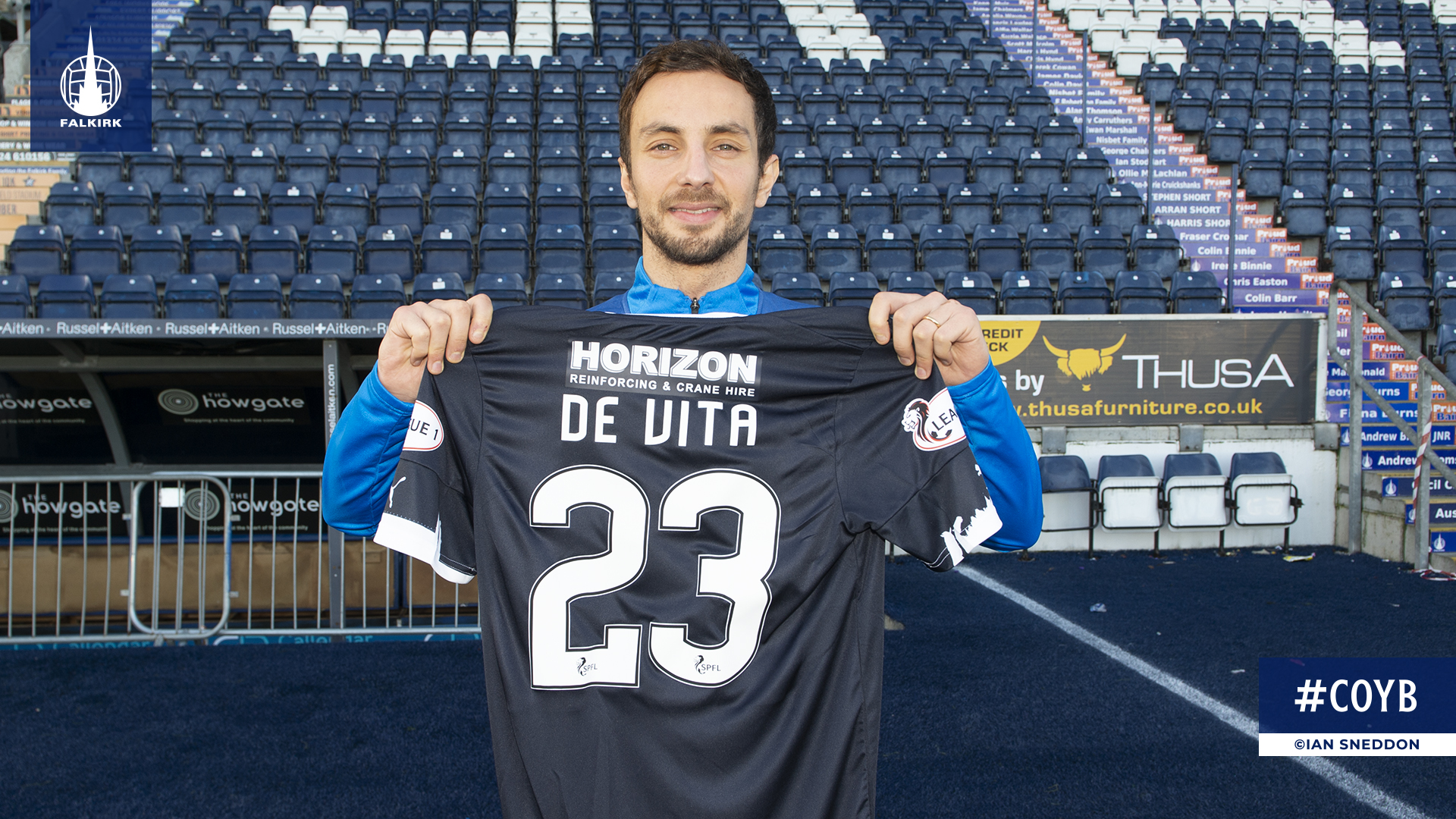 Falkirk FC is delighted to announce the signing of Rafa De Vita on loan from Livingston FC, subject to Scottish FA clearance.

The midfielder has put pen to paper on a deal until the end of the season.

The former Ross County, Bradford City and Blackburn Rovers player was most recently on loan to Partick Thistle where he made 16 appearances, scoring twice.

De Vita has enjoyed two spells at Livingston, the first coming between 2008 – 2011 as the club won back to back promotion to the First Division, he returned to West Lothian five years later and again played his part in success culminating in the Lions’ promotion to the Ladbrokes Premiership in Season 2017-18.

Head Coach, Lee Miller, said: “We are pleased to be able to bring Rafa into the club, he gives us a boost early in the transfer window and brings great experience to the club.

“Rafa will be a threat in and around the box and will add a creative spark to our play in the final third. He’s a player that I know well, he has a number of attributes that will compliment our current group and we are excited to see him in action for Falkirk. I’d also like to thank Livingston FC for their help in concluding the deal so soon.”

David McCracken, Head Coach, added: “We have had a good few weeks to assess the squad now and we have identified areas in which we’d like to strengthen. Rafa adds to the already vast quality in the group and gives us a boost especially given our injury situation in advance of Saturday’s match.

“Rafa has been in with us for a few days now, he’s settled in well and we look forward to having him available for selection on Saturday.”

Sponsorship opportunities are available for Rafa. Contact our Commercial Team via marketing@falkirkfc.co.uk or 01324 624121 (opt 2) for more details.