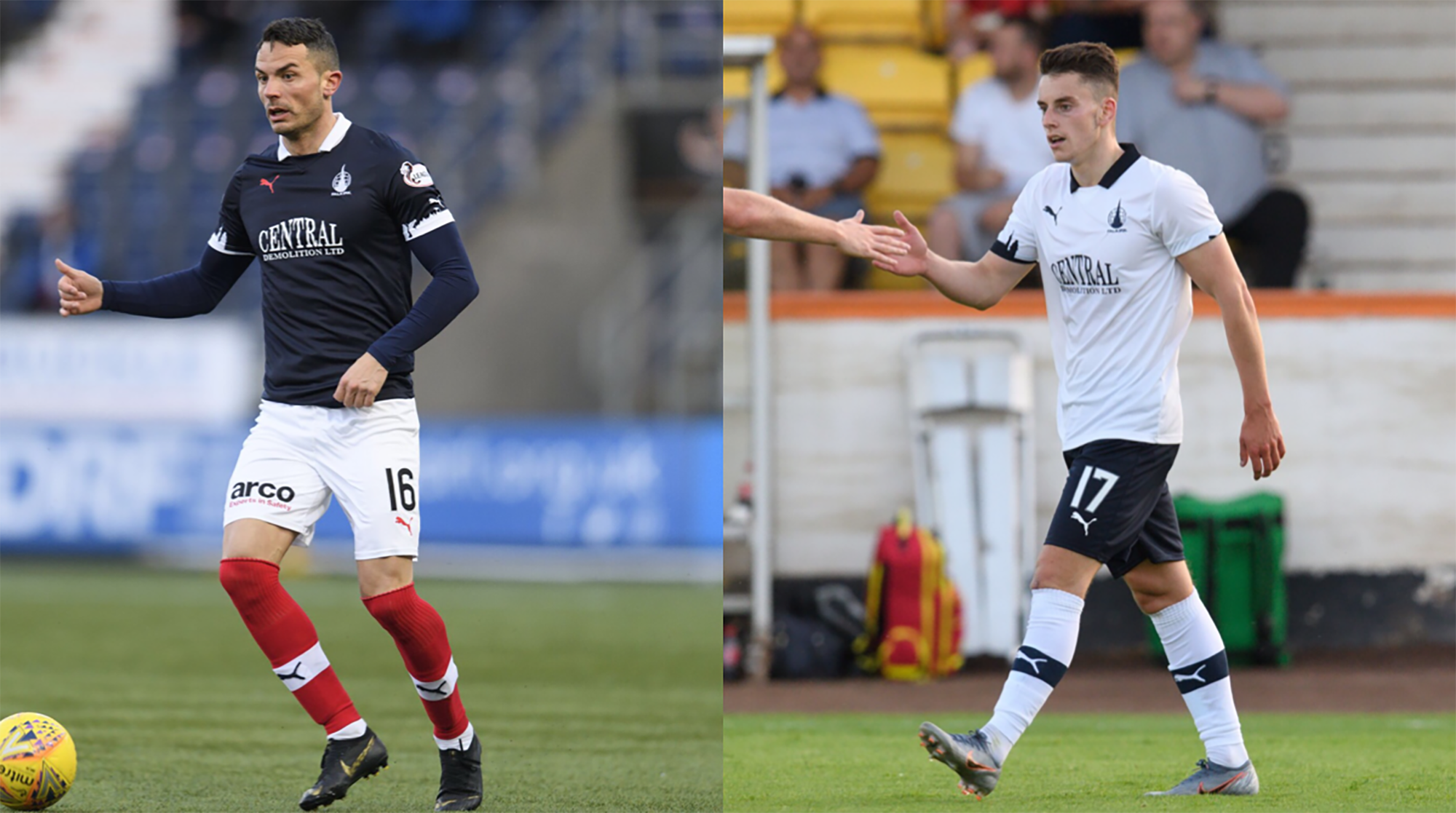 Falkirk FC is delighted to announce that Gary Miller and Robbie Leitch have penned contract extensions with the club.

Gary Miller has signed a contract for this season with an option for next, whilst Robbie Leitch has signed until the end of the current campaign.

Speaking of the two players, Lee Miller, commented: “Gary has been a big, big player for us since we joined the club. He has shown his versatility and experience in his performances and it was key for us to get him signed up.

“He is a great character to have in and around the club and will be an important part of our plans to ultimately win promotion this season.

“We also believe Robbie has an important role to play in the second half of our campaign. He is a player that probably hasn’t had as much game time as he would have liked, but any time he features both in matches and in training each day he has impressed myself and David. He has great pace and creativity and is an asset to the squad.

“We are really pleased to have both players with us for the rest of the campaign.”

David McCracken, added: “We have been speaking with the players for a couple of weeks and we are delighted to get them signed up. Both are very important to us and Gary and Robbie being tied up early in the window helps us in terms of our overall plans for the month as from the outset we were clear that they were both players we wanted to keep.

“We will continue to work throughout the month in terms of recruitment, it can be a long process at times, but we have a good eye over the market and clear in what we want to do to help us achieve our long-term goal of promotion.”