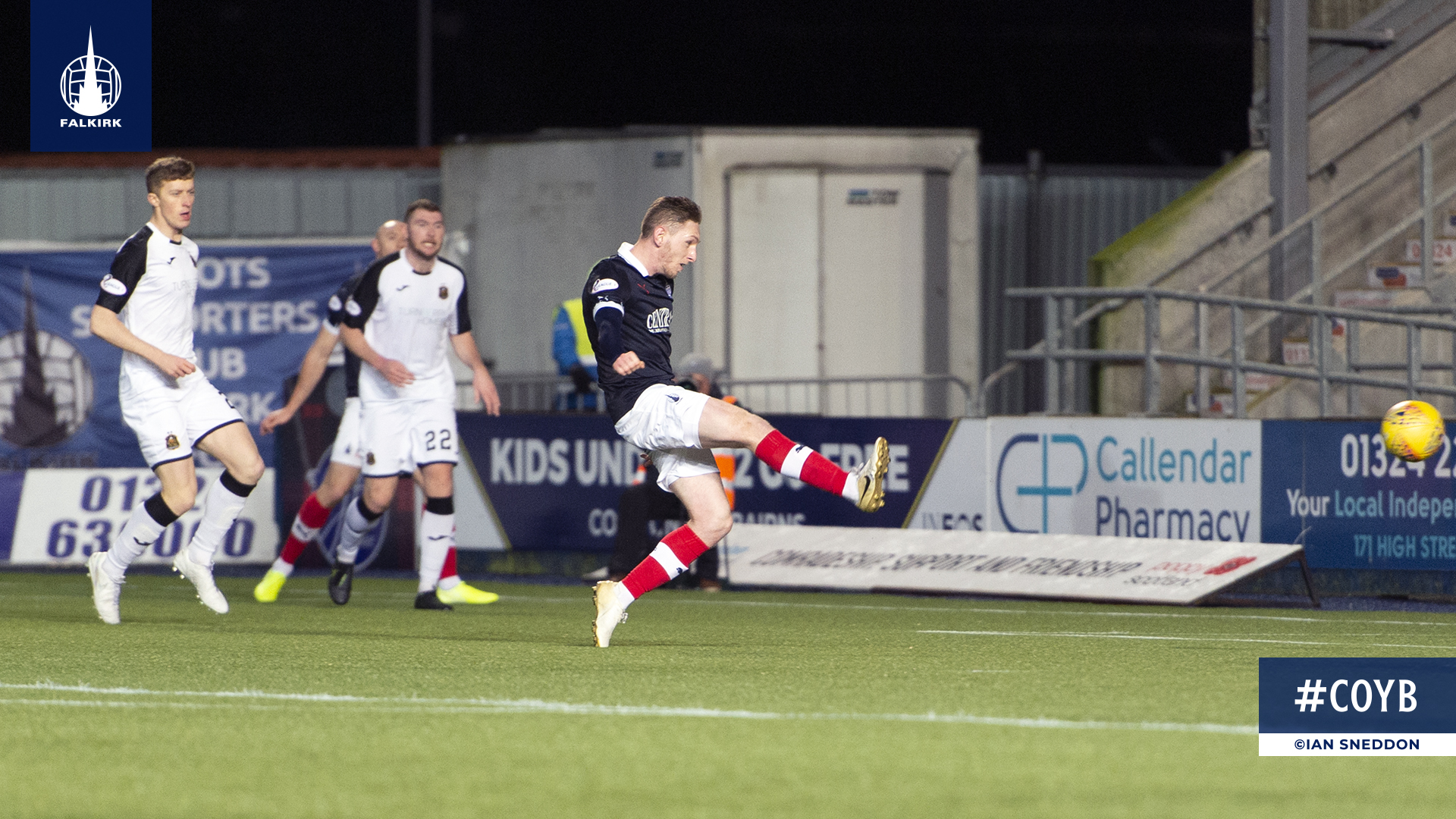 It was a victory to kick off 2020 for The Bairns after a win at The Falkirk Stadium against Dumbarton.

It was a slow start to the game for Falkirk, with the first big chance of the game taking 23 minutes to come. Declan McManus played in Charlie Telfer with neat play inside the box, but his shot from the six yard box was wide of target.

The visitors had their best chance of the game only five minutes later, as an effort following a corner crashed off the underside of the bar, but it was Falkirk who opened the scoring after 38 minutes. Charlie picked the ball up 25 yards out and drove towards goal before firing a deflected effort past Brennan in the Dumbarton net.

The Bairns started the second half with a far higher intensity. The Bairns had a shot cleared from the ground inside the six yard box as they pushed to increase the lead and Aidan Connolly flashed a cross in front of goal that nobody could reach before Declan McManus doubled the lead. Gary Miller’s cross was met by a diving McManus as he continued his fine scoring form.

The Bairns continued to dominate, and made plenty of chances as the game came to a close, which they were rewarded for as Declan McManus scored again five minutes from the end. Conor Sammon broke away and played a great ball across that was finished with aplomb by McManus to secure the three points.