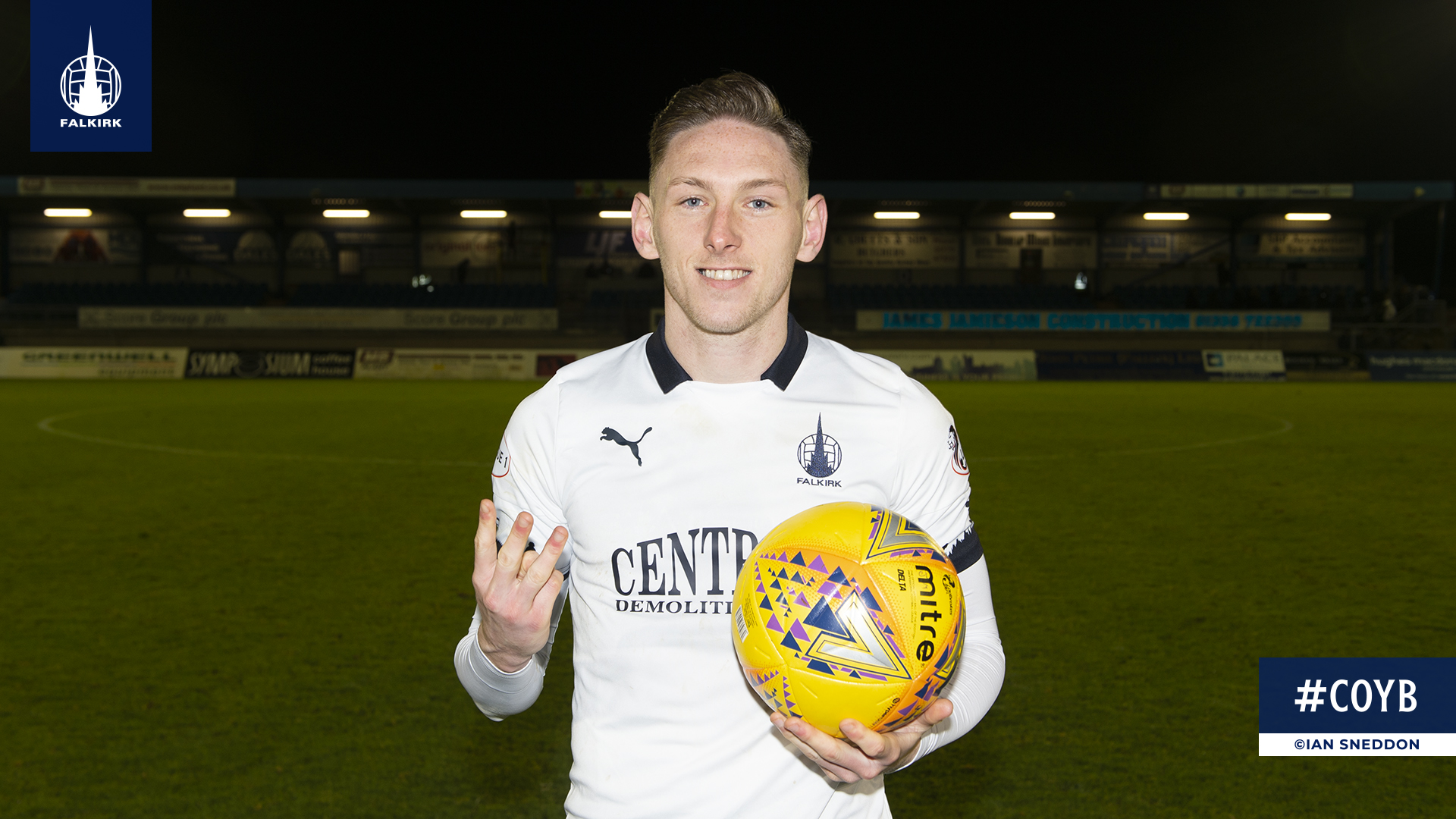 The Bairns put in a fine, professional performance on the road as they stormed to a 3-1 victory in Aberdeenshire over Peterhead.

A Declan McManus hat-trick proved the difference as he notched a first half double before firing home from the spot midway through the second. Whilst the striker will, deservedly, take the plaudits, this was a terrific all round team performance at one of League One’s toughest venues as Lee Miller and David McCracken continued their unbeaten run.

Falkirk set down an early marker in this one, they started brightly and created a number of half chances in the opening five minutes. Bravery from Aidan Connolly won a free kick 25 yards from goal which Charlie Telfer powered towards the target, before Michael Doyle fired wide of goal. Conor Sammon was next to threaten on seven minutes as he shot towards goal from a tight angle, but his strike was deflected for a corner which Peterhead goalkeeper, Greg Fleming gathered.

It didn’t take Falkirk long to take the lead and their dominance paid on 10 minutes. Morgaro Gomis burst into the box, his strike was deflected into the path of Declan McManus who slotted under the goalkeeper and into the back of the net.

Some of the play from the Bairns in the opening period was tremendous. A quick, slick passing move across the Falkirk midfield saw the ball played wide to Michael Doyle. The full back stepped inside before passing to Charlie Telfer who teed up McManus for his second of the afternoon on 25 minutes. The striker cushioned his effort into the bottom corner to give his side a commanding lead.

Peterhead were quick to peg the Bairns back and within two minutes had halved the deficit. A cross from the left bounced across the box with the final touch coming from Falkirk defender, Mark Durnan who diverted past Robbie Mutch in goal.

The game evened out somewhat in the final 15 minutes of the half. Peterhead had their tails up from the goal and pressed for the equaliser. They were limited to half chances by a dogged Falkirk backline who defended resolutely to hold onto the lead going into the break.

Falkirk started the second half much like the first as they controlled play and created chances. Mark Durnan was inches away from making it three as he glanced a header from a corner just wide of the target. With 52 minutes on the clock Charlie Telfer was next to go close. The midfielder chased down a loose ball and looked to fire under the outrushing Greg Fleming who did just enough to pull off a fine save. Declan McManus was denied his hat-trick just seconds later as he hammered a volley towards goal that was blocked.

With Falkirk in command, Peterhead’s hopes of an equaliser were all but diminished on 61 minutes as Steven Reid pointed to the spot after a blatant push on Conor Sammon in the box from David Ferguson. The defender was deemed to have denied an clear goalscoring opportunity and was ordered off with a straight red card. Declan McManus stepped up to power a strike into the back of the net and make it 3-1.

The final 30 minutes of the match was dominated by the Bairns. A ball flashed across the box almost secured a fourth before Declan McManus missed a great chance as he shot wide of the target from close range. The striker was then replaced by David McMillan as part of a double change that also saw Rafa De Vita take the place of Charlie Telfer.

Robbie Leitch took the place of Morgaro Gomis in the final substitution of the match on 78 minutes. Some half chances followed as the Bairns looked to add gloss to an already impressive scoreline, but they had to settle for just the three as they made the journey back down the A90 with the points and a move up the League One table to second, just a point off top.