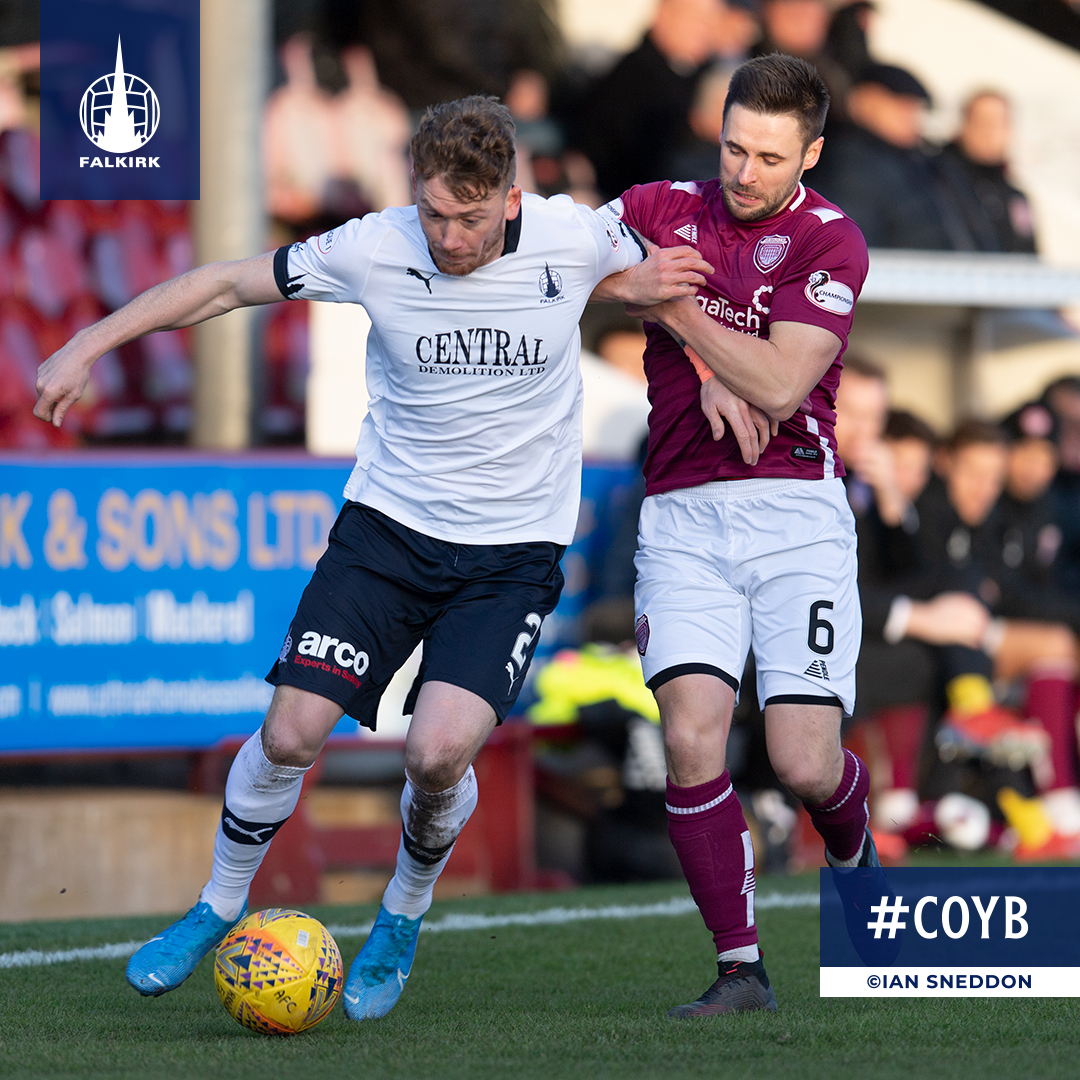 It was cup action for Falkirk as we headed up to face Championship side Arbroath for a place in the next round of the Scottish Cup.

It was an even start to the game, with both sides having a couple of good opportunities in the first 20 minutes. Conor Sammon couldn’t keep Declan McManus’ cross on target and then Charlie Telfer’s ball back to Sammon was denied by a last-ditch block as play seemed to open up for Falkirk. Declan McManus headed Michael Doyle’s cross wide and Michael McKenna’s cross bounced dangerously in front of goal for the hosts before being cleared then he almost scored a fantastic goal as his shot from distance went just over.

Arbroath grew into the game and began to look the more dominant side. Bobby Linn broke through on goal, but his effort was easily saved by Robbie Mutch, but he continued to cause problems down the left-hand side. Mo Gomis had a shot deflect just over the top corner for Falkirk, but the hosts were on top going into the break.

After half time Falkirk came out the far better of the two sides. Declan McManus nearly nicked the ball around Gaston then Paul Dixon’s attempt to catch him out was over then it was so close for Falkirk as Mo Gomis slid in Declan McManus, who’s effort was well saved by Derek Gaston.

Falkirk continued to pile on the pressure and made several more good opportunities. Aidan Connolly’s shot from range nearly crept under Gaston but he managed to recover, and Charlie Telfer was played through by Aidan Connolly, but his effort went just over the bar.

David McMillan also had a fantastic opportunity near the end, battling to get his head on a cross a few yards out, but he couldn’t keep it on target and we go to a replay a week on Tuesday despite a good second half from The Bairns.