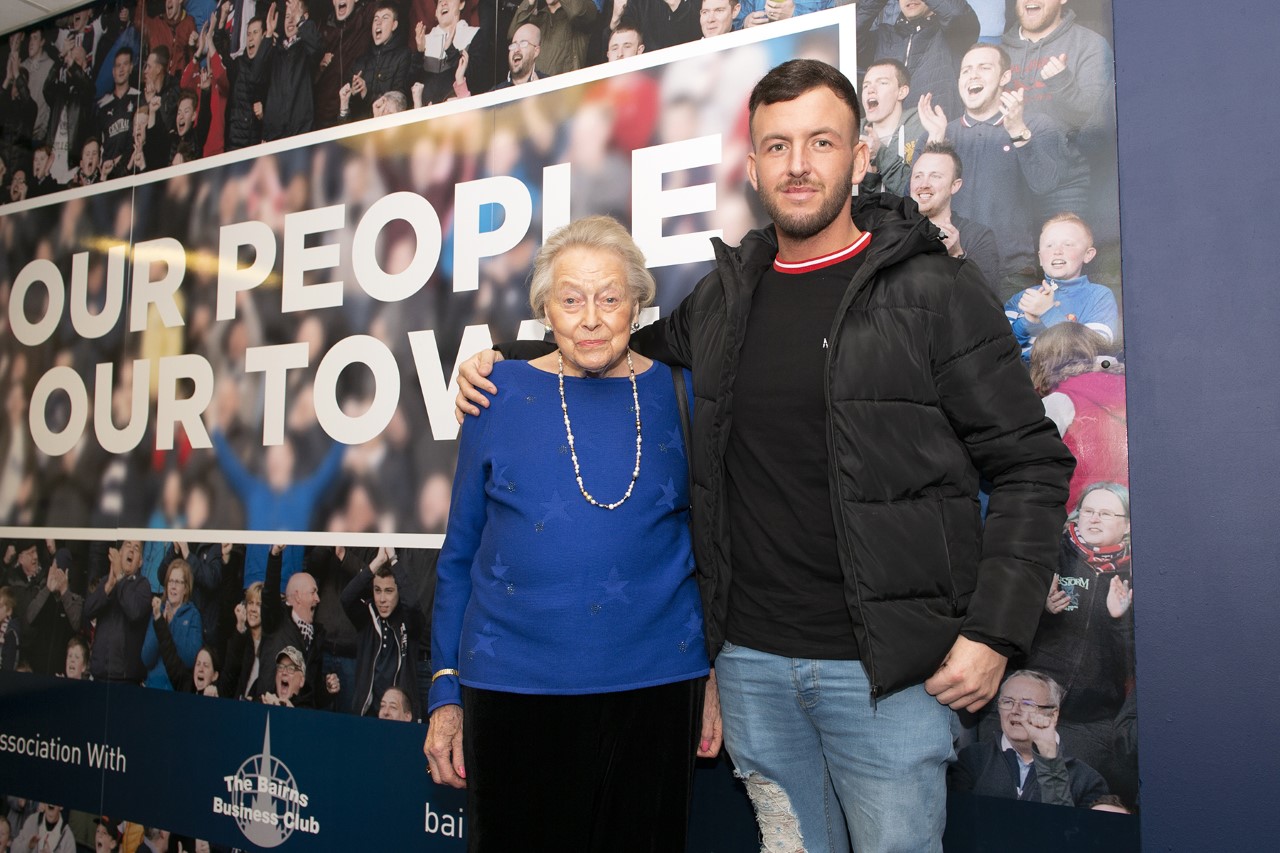 83-year-old Bairn Margaret Mackie and her carer Jamie Lee Morley, who covered Frank Sinatra’s ‘My Way’ to raise money for charity has reached number five in the iTunes Charts, were given a tour of the stadium and presented with signed shirts by coaching team Lee Miller and David McCracken.

Their emotional performance at the Blind Club’s annual Burn’s Day lunch was the duo’s first public performance since their video at a Christmas party went viral last December.

The chart climbing duo recorded the single to raise money for charity with all proceeds going to Alzheimer’s Society and Dementia UK, two charities that mean a lot to Northcare Suites resident Margaret who suffers from Dementia and Jamie who’s grandfather suffered from Alzheimer’s. The Blind Club helped them towards their goal with a generous £100 donation.

“It’s something I can do and feel quite proud of having done it, especially when you see other people who have that trouble” said Margaret after her rousing performance, “I’ve always liked singing and sometimes I was better than others, and felt I’d give it a go, so that’s what I did.”

Margaret and Jamie’s single now sits higher than several worldwide stars in the iTunes Charts. An ecstatic Jamie said, “We’re ahead of Ariana Grande, Miley Cyrus, we’re beating Ed Sheeran. You can’t make this up. I think because so many people have loved the story, the public has just ran away with it.”

Kieran Koszary, Falkirk Football Club Commercial Director said, “It was a pleasure to welcome Margaret and Jamie to the Falkirk Stadium today in recognition of the fantastic work they are doing to not only raise funds, but also awareness of Alzheimers and Dementia. Margaret and her family are firm friends of the football club and the reaction they all received from the staff players and Blind Club is testament to the good work they are doing and the regard we hold them in. We wish them every success in the future.”

If you would like to support Margaret and Jamie’s cause, you can buy the single on Amazon Music at: https://www.amazon.co.uk/Way-Jamie-Morley-Margaret-Mackie/dp/B083WMNQ1D

Or you can purchase it on the iTunes Store, and help them get to number one!