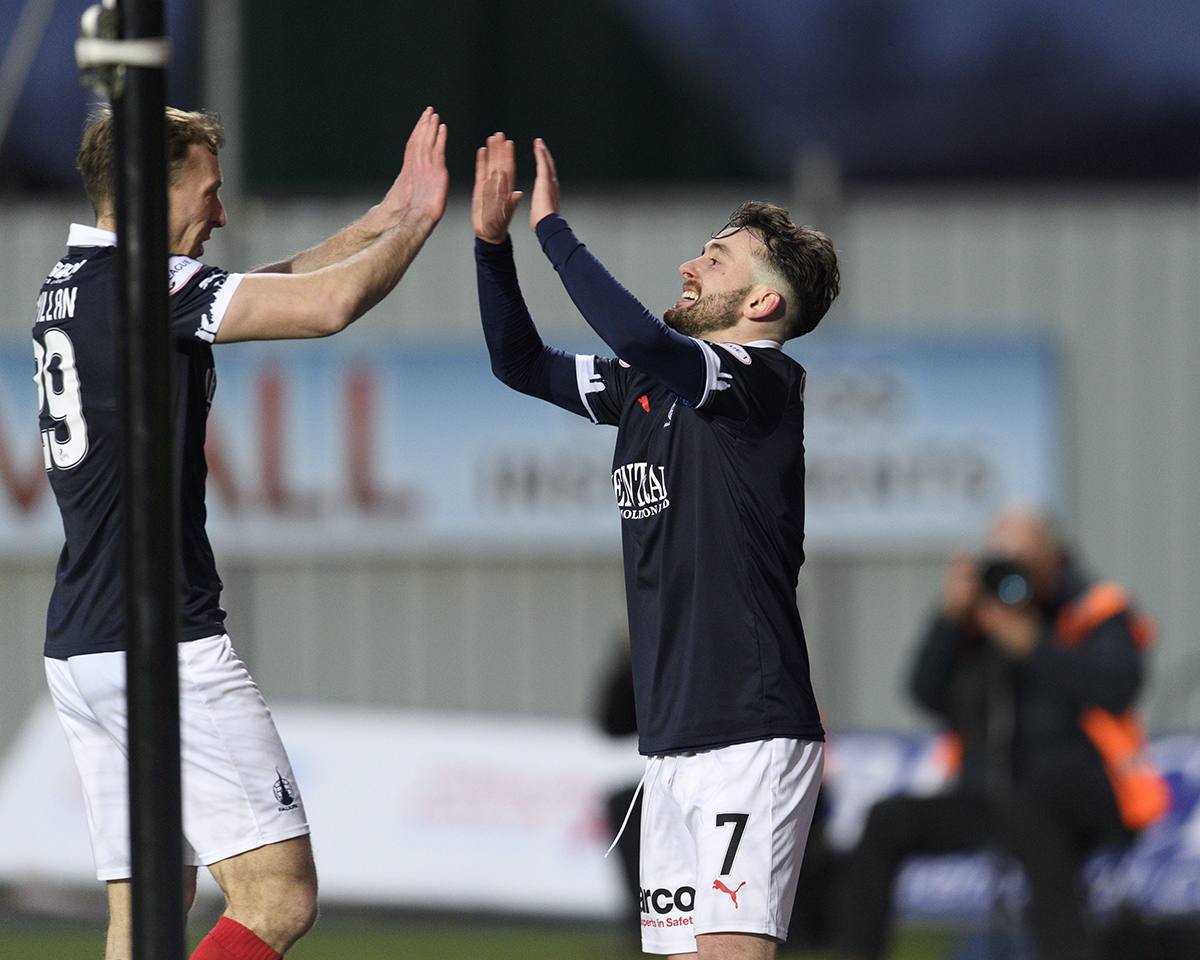 Falkirk cruised to a 6-0-win over Forfar after a crazy finish to the game.

The first half was a stuffy affair, with Forfar capitalising on The Bairn’s slow start by pressing high and keeping possession. However, it was Falkirk who had the better of the chances as the half went on. Declan McManus picked the ball up well outside the box before driving a terrific shot towards the top corner that was matched by an equally impressive save by Marc McCallum in the Forfar net, and the goalkeeper managed to punch clear the rebound moments before Raffaele De Vita headed it home in the best of five or six good opportunities Falkirk had in the first half. The teams looked to be going into half time level, but Falkirk got their well-earned goal just before the break. Michael Doyle swung a fantastic cross and George Stanger put it into his own net under considerable pressure from Conor Sammon.

The Bairns came out in the second half with their tails up and controlled the game throughout the second period. Mark Durnan headed a corner over from six yards out, Mark McCallum pulled out another fine save to deny Declan McManus’ close range header and Raffaele De Vita’s shot from a cleared corner was blocked in the nick of time as the home side looked to double their lead, and it came after 71 minutes. Raffaele De Vita swung an excellent ball in to give Ben Hall an easy job to tap home a debut goal.

With 83 minutes played the floodgates really started to open as Falkirk scored four goals in seven minutes. Declan McManus backheeled the ball to Aidan Connolly who blasted the ball into the roof of the net from an acute angle to seal the victory for The Bairns. Next up was Ben Hall, who doubled his tally with a well-placed header from a corner. Man of the match Aidan Connolly was up next with his second of the game, collecting the ball and firing home a fine finish from the left hand side of the box. Louis Longridge exchanged passes with Connolly before showing real hunger in beating his man and driving to the by-line, where he fired a superb ball across for Paul Dixon to convert at the back post and put the cherry on a great result.