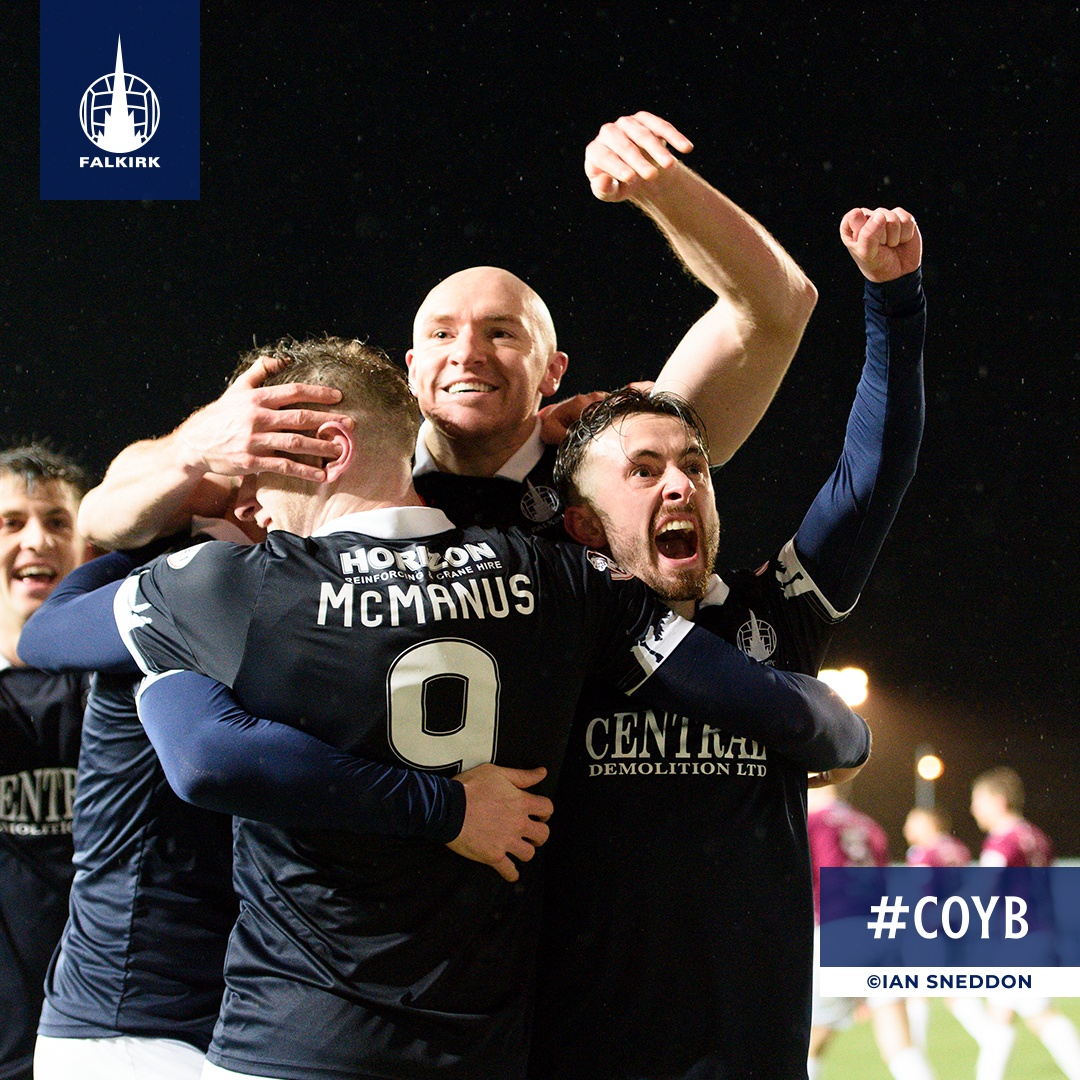 Falkirk progressed to the next round of the William Hill Scottish Cup after an excellent second half in the replay against Arbroath.

The first half was very competitive, with Arbroath dominating possession but Falkirk having the better chances. Charlie Telfer slipped a nice pass into Aidan Connolly who fired wide from 25 yards out, Conor Sammon got a fortunate bounce and went through on goal, but had his shot is well saved by Gaston who was off his line quickly and a fantastic break from Falkirk lead to a Morgaro Gomis shot that deflected just over the bar in the best of the first half opportunities.

The Bairns took the lead just minutes after half time. A corner was headed down and rattled around the six-yard box before being dispatched by the superb Declan McManus for his 19th goal of the season. Falkirk began to dominate after the goal, with Aidan Connolly’s free kick headed just wide by McManus, and doubled their lead on 66 minutes. The strike partners teamed up as Declan McManus did terrifically well to beat his man and get to the by-line and slide in a ball that was tapped home by Conor Sammon.

Falkirk stayed on top to see the game out, as the Red Lichties struggled to recover from conceding twice. It was almost a third as Paul Dixon drove one right footed from 25 yards out, forcing a great save from Gaston, and Michael Doyle also came close with a fantastic curler after cutting inside that was tipped over the bar. However, it remained 2-0 and sets up at tie in the next round at The Falkirk Stadium against Hearts.