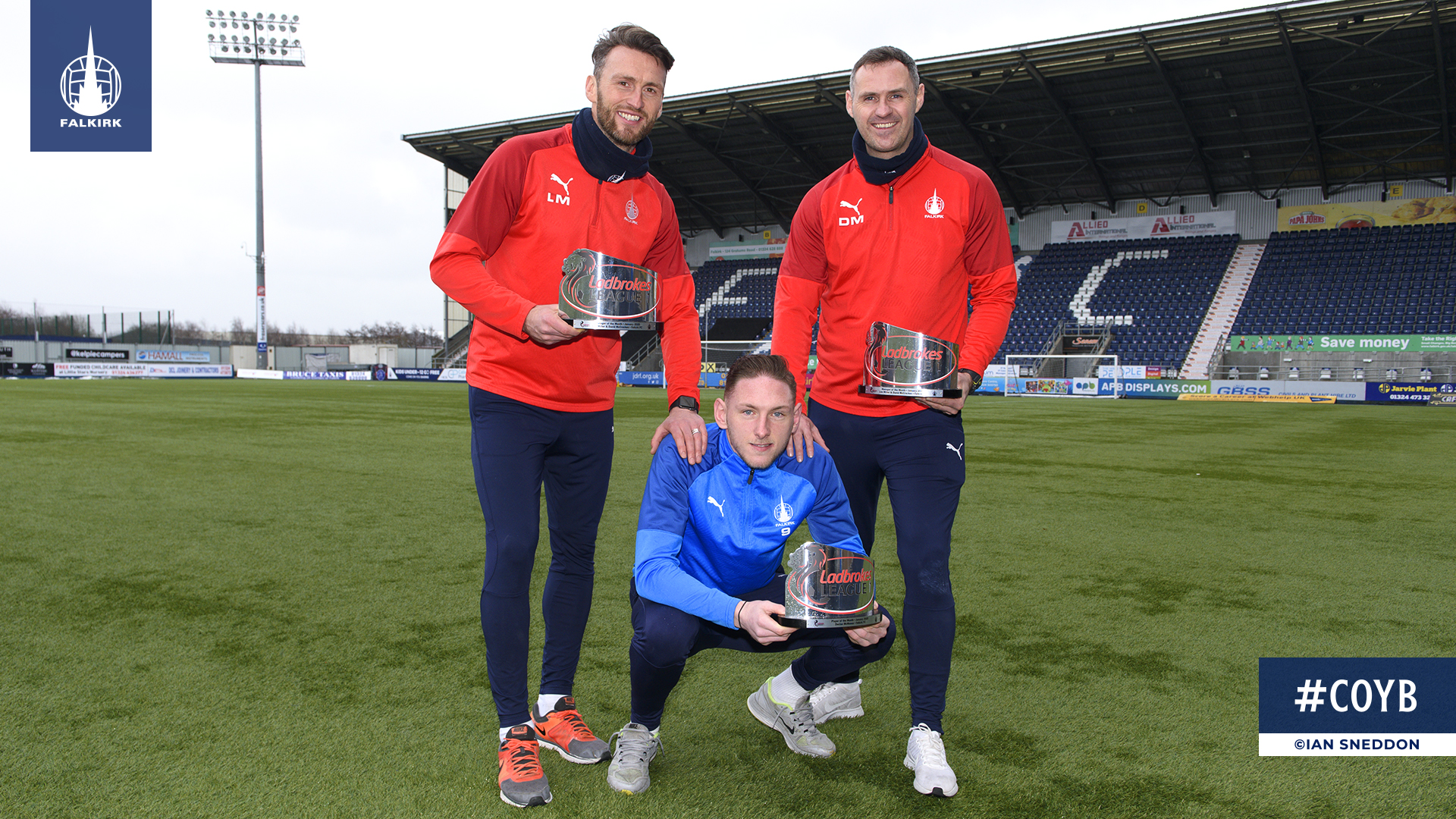 Congratulations to Lee Miller and David McCracken who have been named Ladbrokes Manager of the Month, and Declan McManus who has won Ladbrokes League One Player of the Month!

The management duo receives the award after three wins on the bounce in the month of January. In those three games The Bairns have scored a massive 12 goals in that spell to well earn their award. A replay victory over Championship side Arbroath in the cup capped off a tremendous month for the rookie managers.

Declan receives his award after a terrific month in which he scored six goals in all competitions, including five in three in the league! The highlight of his month was a hattrick in a 3-1 victory over Peterhead on Saturday the 11th of January up at Balmoor Stadium.