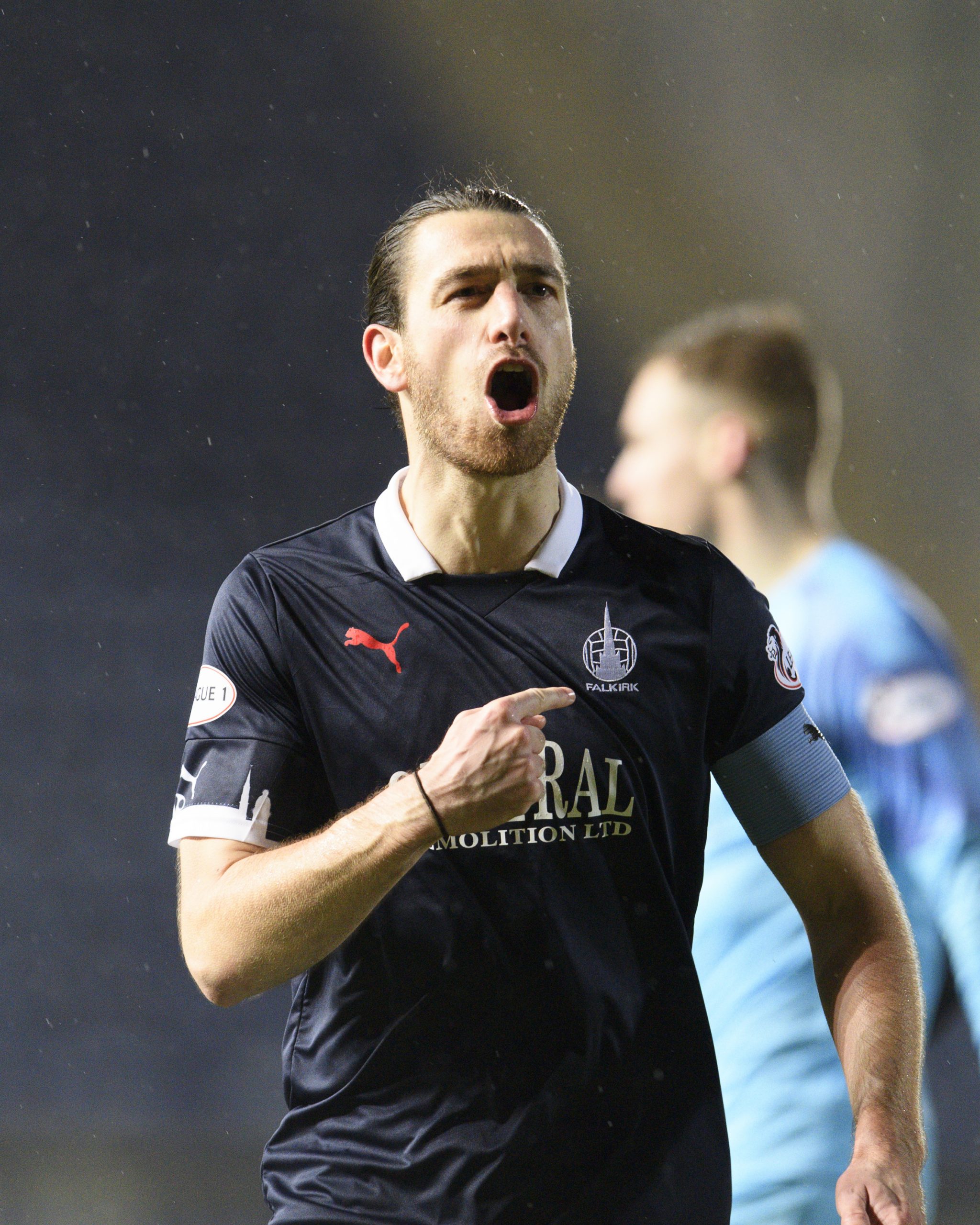 Club Captain, Gregor Buchanan says his team are up for the challenge as they prepare for Saturday’s huge Scottish Cup tie against Heart of Midlothian.

Having beat Championship side Arbroath by two goals in the last round of the Scottish Cup, The Bairns now face a much more difficult hurdle in the shape of Premiership opposition.

Following the draw, Falkirk fans have been allocated both the Main Stand and the South Stand, leaving only the North Stand for the travelling Hearts support.

Gregor commented on how important this decision was, saying, “I’ve known for years how good a fanbase Falkirk have got and I’ve been at many games where they’ve managed to fill the stadium and given the team their full backing. It’s important from the club’s point of view that they backed the fans and the team by giving us both stands. It would have been easy to give one and a half stands away to Hearts but they didn’t do that, they wanted to back the team and that’s a positive for the players, going out there and having more support than Hearts. It’s a big incentive to the team to make sure they shine on the day.”

He also spoke of how important it was for the club to progress to this round of the cup, saying, “It’s good for the club and there was a good incentive for us to get through to the next round. Everybody wants to be playing these fixtures week in week out. It’s good to have a Premiership club back at the Falkirk Stadium and hopefully we can get a positive result as well.”

Having gone through a run of bad form, Hearts are now unbeaten in five games in all competitions and will prove difficult obstacle for The Bairns. Despite this, the Captain said that the players are raring to go. “The boys are in a positive place at the moment. We know we’ve got a record going, we’ve not been beaten since the new management team came in and we want to keep that going as long as possible. It’s a game we’ve got to be fancying our chances going into. We have to go out all guns blazing, looking for an upset and a win.”

Falkirk face Hearts in the Fifth Round of the Scottish Cup on Saturday 8th February at 7.20pm. Tickets and Hospitality remain on sale, for more information CLICK HERE.