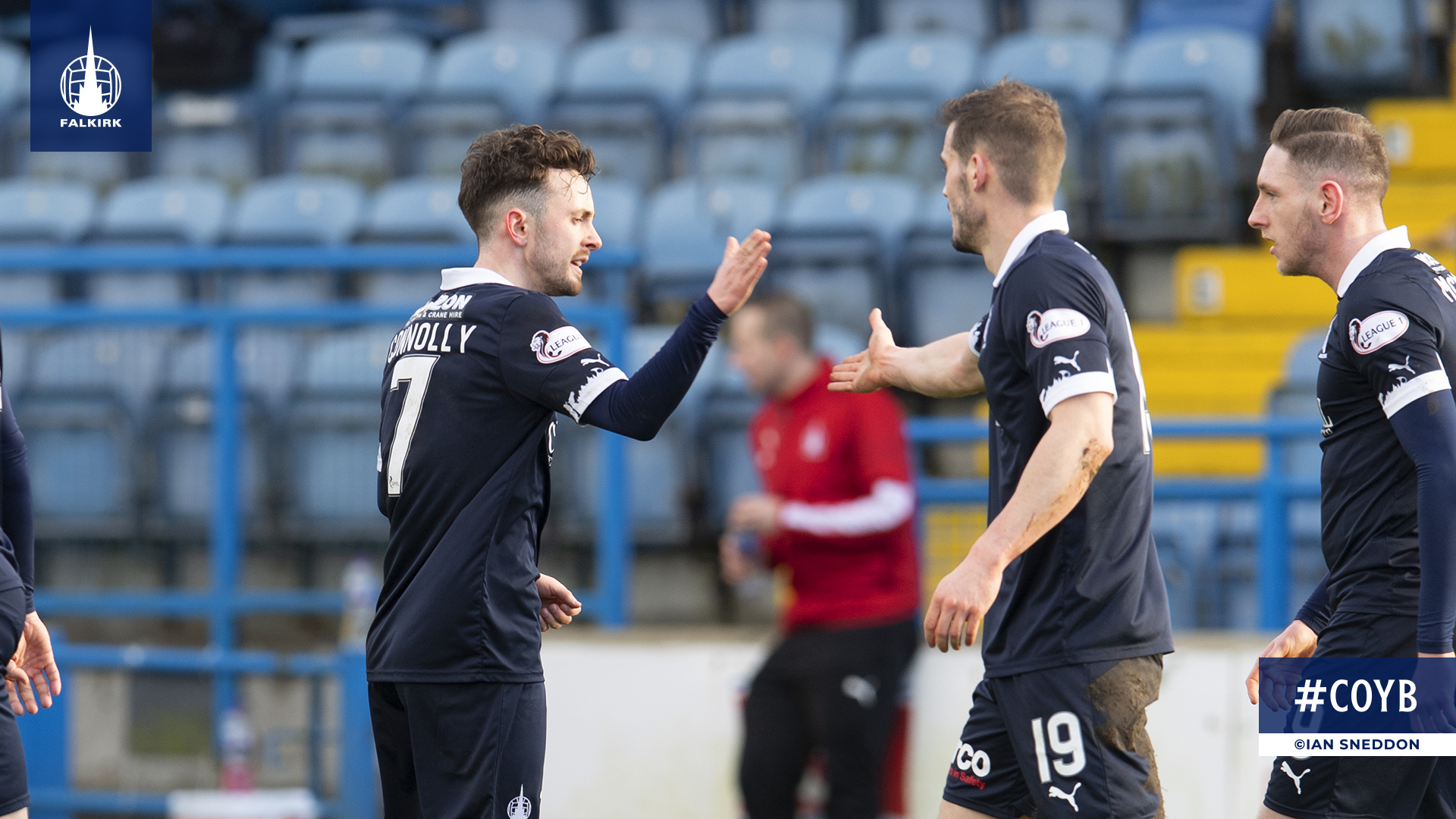 It was a disappointing draw for Falkirk in Dumfries and Galloway.

The first half started slow, with both teams struggling to cope with the strong winds. The Bairns had a couple of efforts off target, through Josh Todd twice and David McMillan, and a shot by Declan McManus well saved, but it wasn’t until the opener after half an hour that the game opened up. David McMillan’s ball across found Aidan Connolly free at the back post, who took a touch and calmly fired home.

Both teams did more attacking after the goal, but Stranraer had the best chance. Jamie Hamill found his way through on goal, but Robbie Mutch did extremely well to get down and make the save with 8 minutes left in the first half. Stranraer came out with that same fight in the second half and got their reward shortly after. Ryan Thomson tapped home to draw the score level and give the home fans something to cheer.

Stranraer continued to play well, with Falkirk riding their luck at times, but the Bairns went on to dominate the late stages. Despite ball after ball finding its way into the Stranraer box they defended strongly and the game ended all square.