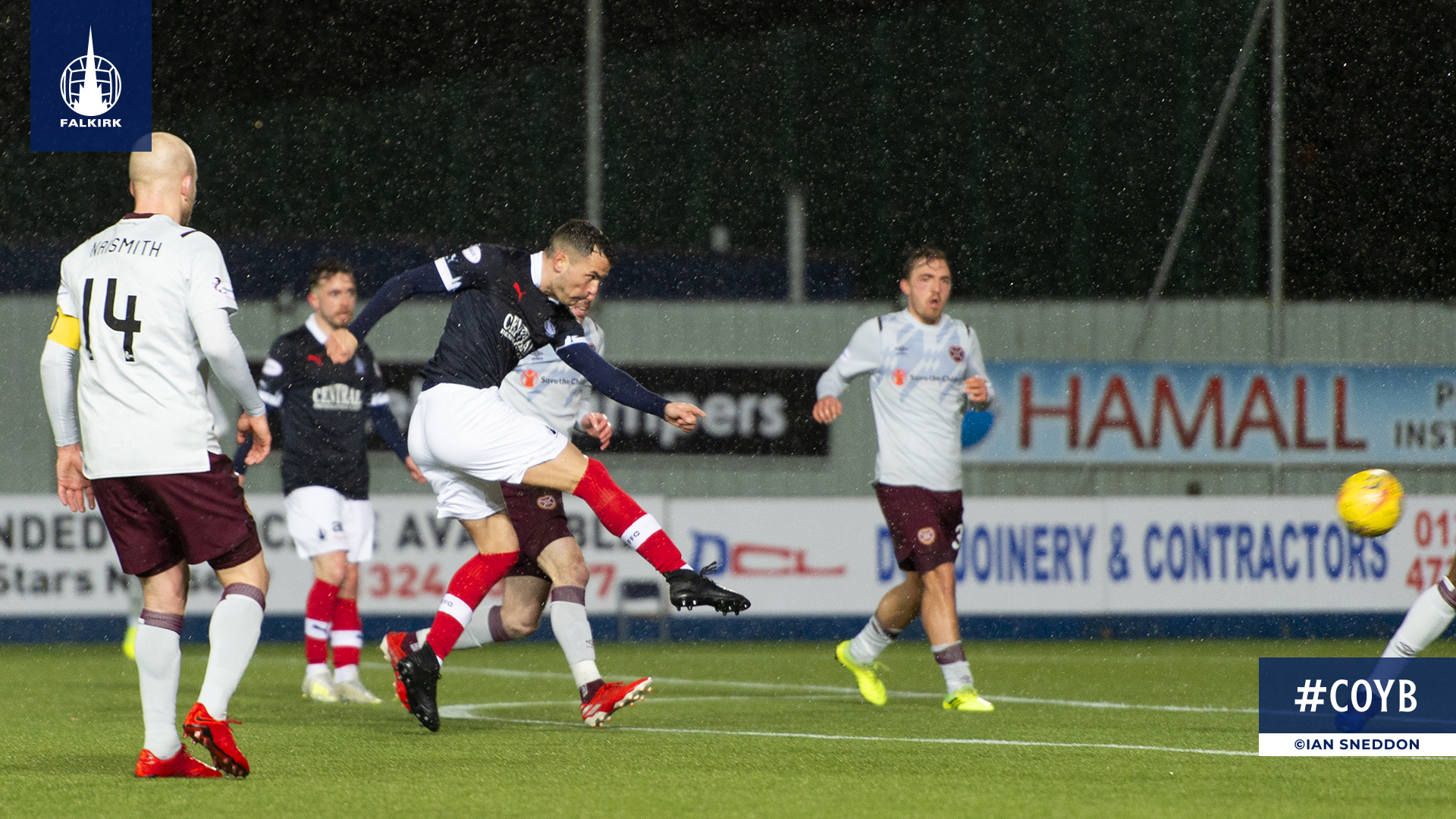 The Bairns went out of the cup after a good performance against the Premiership side wasn’t enough to get something from the match. The first half was a tight and competitive affair, with horrendous conditions making the game difficult for both sides. The best chance of the first 45 came after 37 minutes. Josh Todd was played clean through by Robbie Mutch’s goal kick and seemed to hesitate before firing wide of the target.
The Tyncastle side got ahead just after the break. Liam Boyce was brought down by Michael Doyle and Sean Clare fired home from the spot past Robbie Mutch.
Falkirk enjoyed their best period of the match just after conceding. First a corner came in that was headed down to Declan McManus, but The Bairns striker’s effort struck the post and handball appeals were waved away. Next McManus had a chance to shoot as he went past his man but again hit the post, this time the inside as the ball rebounded out. Finally Gary Miller smashed the crossbar with a tremendous effort as Falkirk struck the woodwork for a third time.
Hearts managed to get back in control of the game after this spell and it wasn’t to be for Falkirk, who go out of the William Hill Scottish Cup in the fifth round.
Falkirk 0-1 Hearts
FALKIRK: Mutch, Doyle, Dixon, Buchanan, Durnan, Miller, Gomis, Todd, Connolly, McManus, Sammon
Subs: Ferrie, McShane, Miller, Telfer, Longridge, McMillan, De Vita
HEARTS: Pereira, Smith, Dikamona, Halkett, Clare, Lnager, Irving, Garuccio, Naismith, Washington, Boyce
Subs: Zlamal, Walker, Ikpeazu, McDonald, Damour, Moore, Henderson
Attendance: 5976
Referee: John Beaton
Go to Top