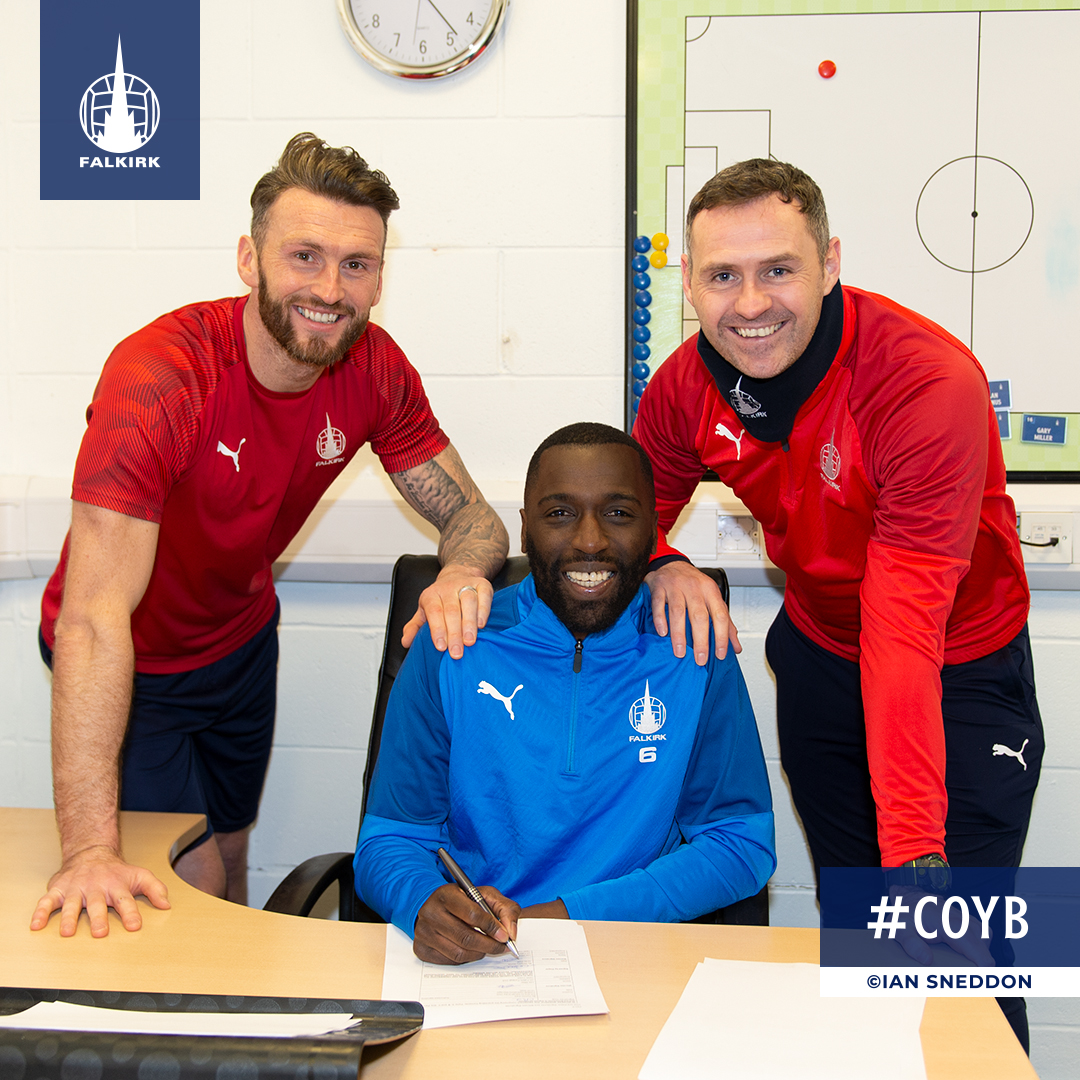 Falkirk FC is delighted to announce that midfielder, Morgaro Gomis has signed a contract extension.

The 34-year-old has penned a deal that sees him remain at the club until June 2021.

Morgaro joined The Bairns in the summer and has been a key part of the Falkirk midfield this year, being named Player of the Month for September 2019. He began his career in the English lower leagues before making his way to Scotland where he impressed with Cowdenbeath and Dundee United, getting a move to English Championship side Birmingham City. He played for two years in England before returning to Scotland for second and third spells with United, as well as time with Hearts and Motherwell.

David McCracken said of the contract extension: “It’s great to have a player of Morgaro’s quality signed up for next season. He’s played a massive part in the team and definitely has a big part left to play.”

Lee Miller added: “Morgaro is an excellent professional and a terrific example to everyone in the squad. He’s someone that has played at a higher level and we’re delighted we have him for another year.”