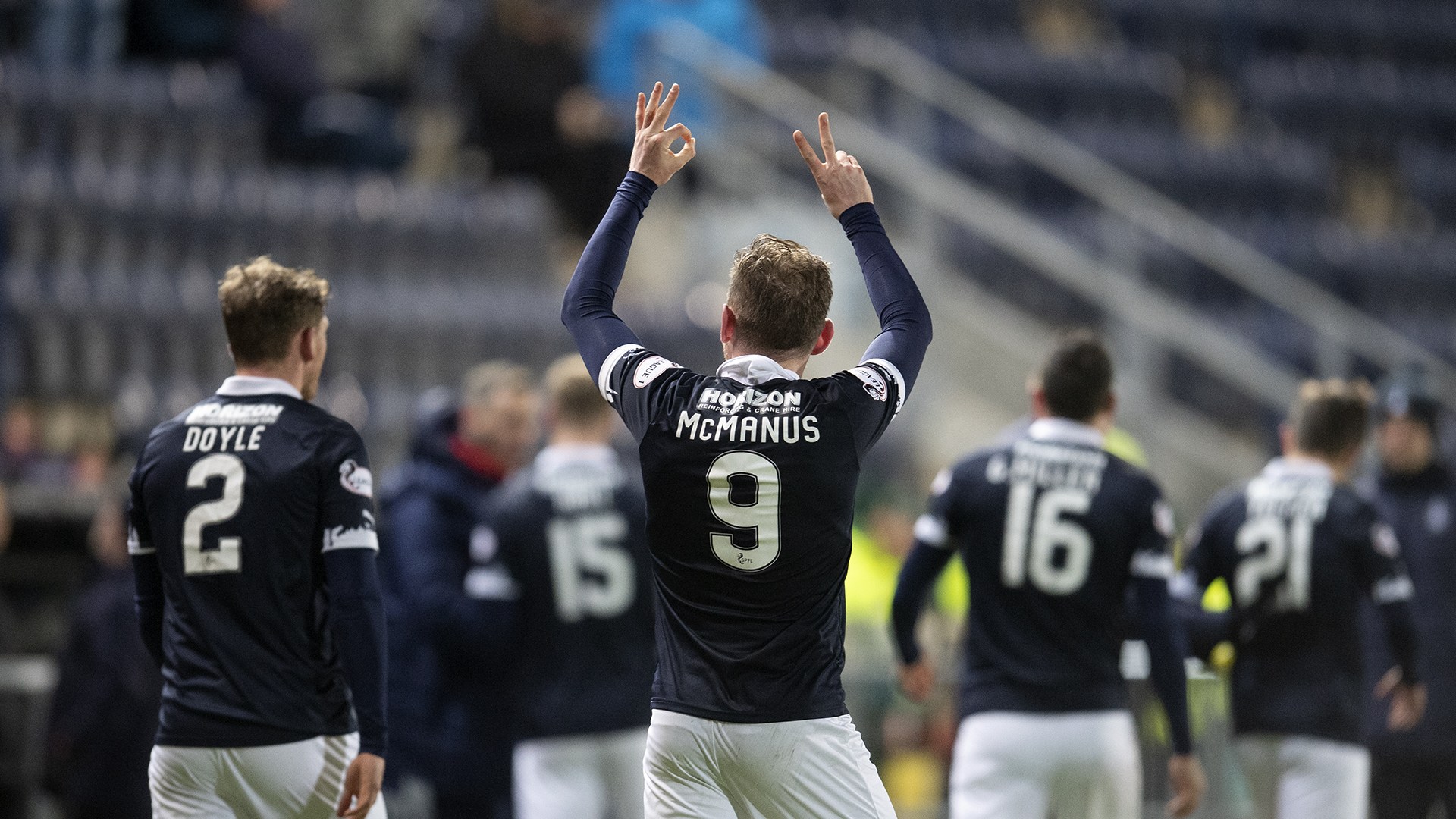 It was a key three points for The Bairns against 4th placed East Fife on a freezing night at The Falkirk Stadium.

Falkirk had the better of the chances in the first half but couldn’t get the goal. Morgaro Gomis raced through but was crowded out and fired wide, Declan McManus shot was straight at the keeper from a one on one and Aidan Connolly’s free header from the six-yard box was wide as The Bairns created chances despite not playing their best football.

Falkirk came out looking less stiff in the second period, and thy thought they’d opened the scoring after 55 minutes. Louis Longridge looked to have tapped home from inside the box but an exceptional save from Long in the East Fife net denied the goal.

The Bairns took the lead with just under 20 to go. It was from full back to full back as Paul Dixon fired a cross over the heads of the two strikers and found Michael Doyle, who smashed home off the inside of the same post that twice denied his side in the last game against Hearts.

Minutes later it was two. Conor Sammon knocked the ball down to Declan McManus, and the in-form striker smashed home a deflected shot from outside the box. The Bairns fans had more to cheer as Lee Miller made his third debut for the club, but the game finished 2-0 and The Bairns continue their good form.