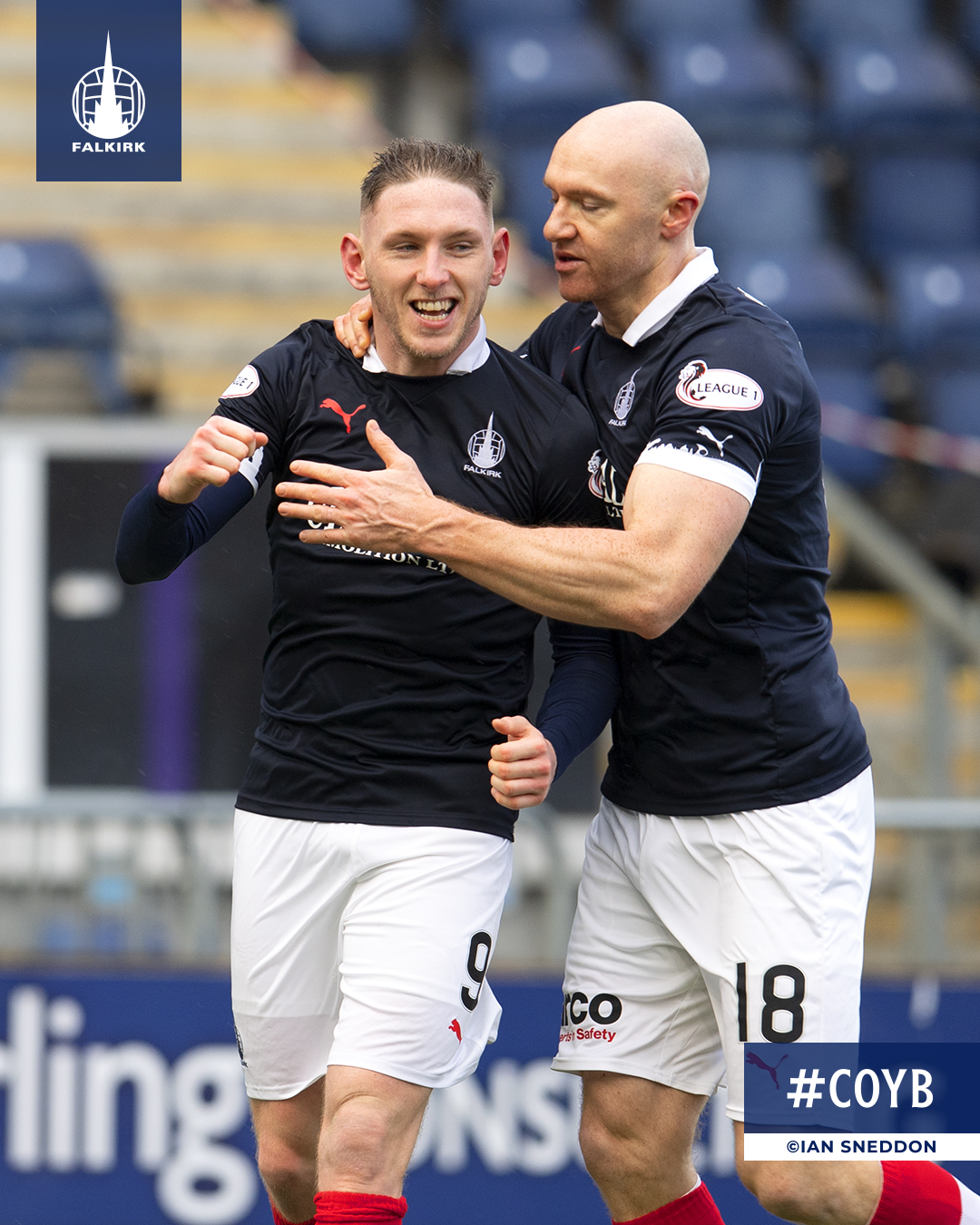 A resilient performance saw The Bairns win 1-0 over Montrose thanks to Declan McManus’s first half penalty.

Difficult playing conditions made for entertaining viewing as both teams pushed for the opener with play being balanced within the opening 20 minutes of the game and both Falkirk and Montrose alike creating chances. A tantalising cross saw Conor Sammon’s flick saved by Montrose keeper Fleming, denying Falkirk the first goal.

Energised by Sammons earlier chance, the Falkirk attack put further pressure on the Montrose backline as Connelly cleverly worked space in front of the opposition’s defence but ultimately dragged the shot wide. On the 37th minute McManus shifted the ball on the wing, taking the shot which was deflected, almost sneaking far post as Flemings quick reactions again denied Falkirk the opener.

Falkirk’s frustrations were squashed when McManus was clumsily brought down in the penalty box through smart forward play. McManus then made no mistake from the spot as he calmly placed the ball bottom corner, securing the opener and getting the deciding goal for the bairns.

Montrose responded well during the second half with multiple chances being fired astray. The opposition’s pressure eventually paid off with McManus handling the ball on the line forcing referee Grant Irvine to send McManus off and give Montrose a penalty for the incident.

A fantastic stretch saw Robbie Mutch save Russell McLean’s spot kick. Montrose, undeterred by the penalty miss, mounted on the pressure during the latter stages of the match with dangerous crosses being whipped into the box.