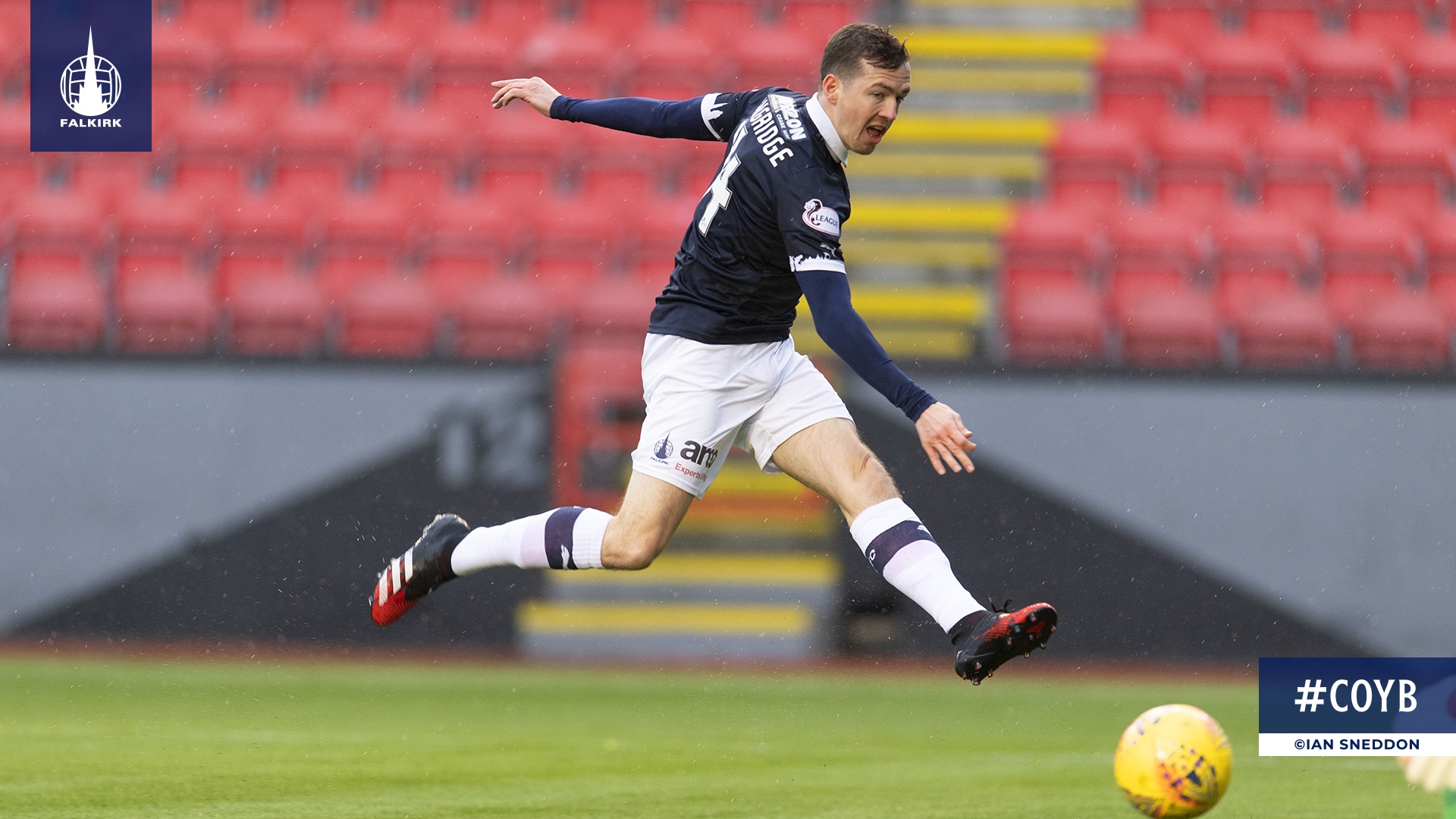 It was a disappointing result for Falkirk after a hectic afternoon at Broadwood.

The Bairns got off to the worst possible start after they conceded three minutes into the game. Mark Lamont won the ball after a series of defensive mishaps and slid past Robbie Mutch to put his side in the lead.

Lots of Falkirk pressure followed as they looked to get back in the game, the best chamce coming as David Mitchell dropped the ball and David McMillan’s touch was cleared off the line, but it was the visitors that scored again. Robbie Mutch brought down David Goodwillie at the edge of the box and he made no mistake with his penalty kick.

It looked like it would go into half time 2-0, but Charlie Telfer pulled one back. He raced towards goal and was brought down, and fired past Mitchell from the spot despite the keeper guessing the right way.

Falkirk had a flurry of chances to open the scoring after the break. Conor Sammon was slipped through but it was saved, Aidan Connolly’s effort from the rebound was superbly saved again, then from the resulting corner David McMillan’s header was pushed onto the bar and Gregor Buchanan’s follow up headed away as The Bairns somehow didn’t get the equaliser.

Clyde extended their lead shortly after. David Goodwillie was fastest to follow up on a shot to take the wind out the Falkirk sails. Despite Louis Longridge pulling one back late on David Mitchell continued to make several fantastic saves and The Bairns came home without any share of the spoils.