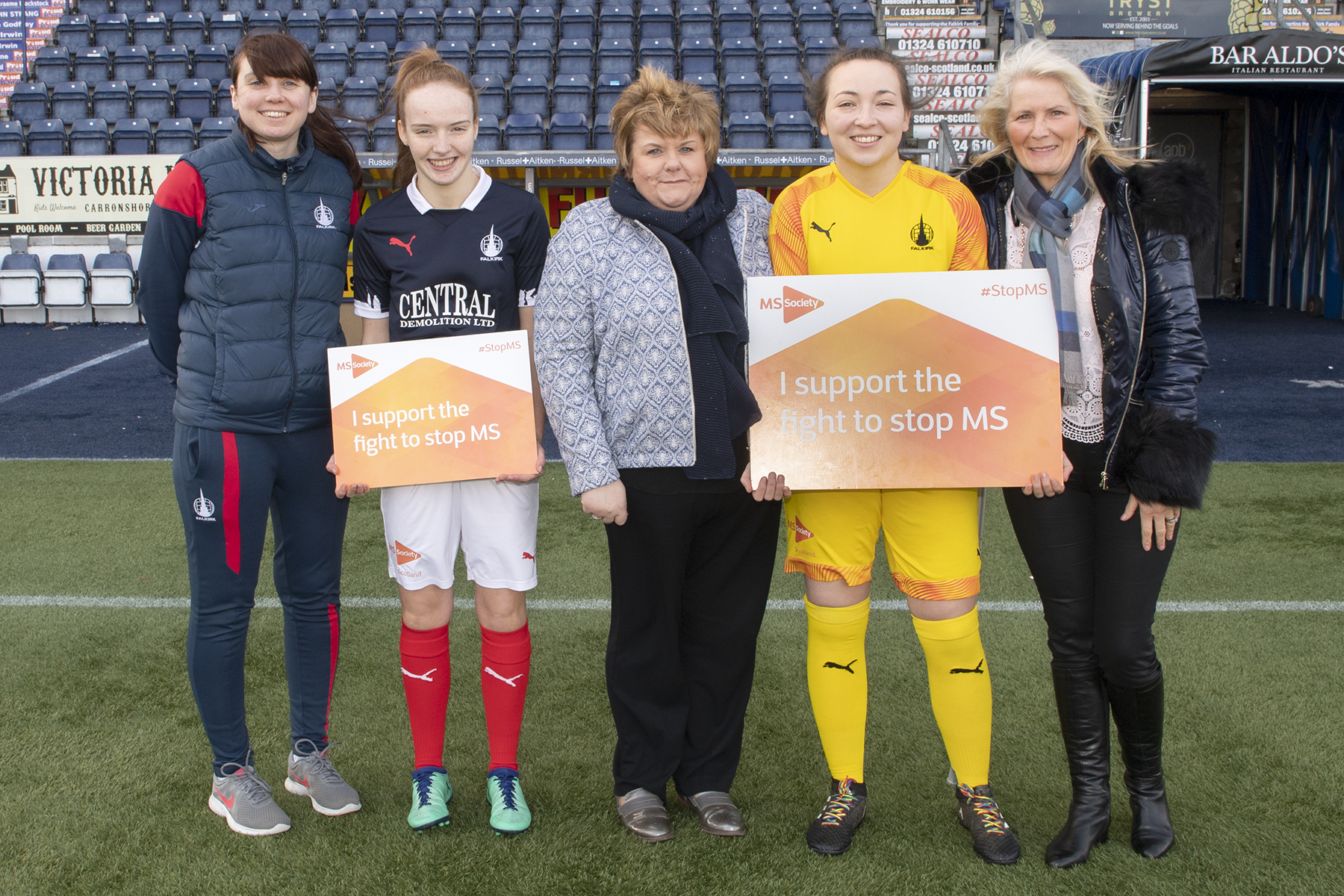 Falkirk Women are proud to partner with the Multiple Sclerosis (MS) Society Scotland who will be the team’s Short Sponsor for Season 2020.

The sponsorship, which has been gifted to the charity, will raise awareness and see the team work closely to support their work over the coming months.

There are over 15,000 people with MS in Scotland. This makes MS more common in Scotland than most other countries in the world. The MS Society is a community of people living with MS, researchers, fundraisers, campaigners and volunteers who are working to find a cure and help people to manage the condition.

Falkirk Women are a Falkirk Foundation team who play in the newly formed SWF Championship South. The MS Society Scotland logo has been proudly placed on the shorts of the team and will feature in all league and cup matches this season.

Stephanie Dawson, Head of Girls and Women’s Football at Falkirk Foundation, said: “We are really pleased to be able to unveil this partnership between Falkirk Women and MS Society Scotland. We are all very proud of this relationship and the opportunity we have to raise awareness of the fantastic work undertaken by the MS Society each day.

“We’d like to thank the MS Society for their support and look forward to working with them throughout the season ahead.”

Veronica Campbell from the MS Society Falkirk Local Group said: “A huge thank you to Falkirk Women for this generous and visible gesture. It’s great news to see the club – which plays such a big part in the area – supporting the MS Society and everything we do locally and across Scotland.”

Morna Simpkins said: “Thank you to the team for offering their support with kit sponsorship and helping us reach as many people as possible.

“Raising awareness of MS in Scotland, which has one of the highest rates of the condition in the world, is incredibly important to us in pushing for more and better treatments for everyone. To see our logo on the shorts of a group of driven and talented role models is fantastic – best of luck for the season ahead.”